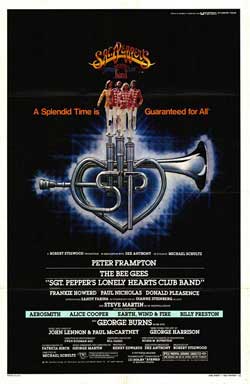 A small town band makes it big, but loses track of their roots, as they get caught up into the big-time machinations of the music biz. Now, they must thwart a plot to destroy their home town. Built around the music of the beatles, this musical uses some big name groups like Peter Frampton and Aerosmith.

While the film itself was created in 1978, “Sgt. Pepper’s Lonely Hearts Club Band” appears to encapsulate the heart of the 80’s in its wacky, weird, and stylish revisit to the famed Beatles album. It’s a musical drama and fantasy film that will go on to inspire later releases like “Xanadu”. The film is painfully rooted in the stylings and vision of Robert Stigwood productions who also managed 3 of the leads, the “Bee Gees”. Stigwood, you might also remember for his production of “Saturday Night Fever”,”Staying Alive”, “Tommy” and “Grease” (Grease” was also released that same year).

“Sgt. Pepper’s Lonely Hearts Club Band” was reported to have flopped upon release, but yet still had enough wacky cultural aspects to make it a unique piece of work for the times. It would be years later before it was officially released on DVD. As a result of its off-beat premise and notable appearances ” Sgt. Pepper’s Lonely Hearts Club Band” has gone on to become a cult film much in the vein of “The Song Remains the Same” and “Xanadu” 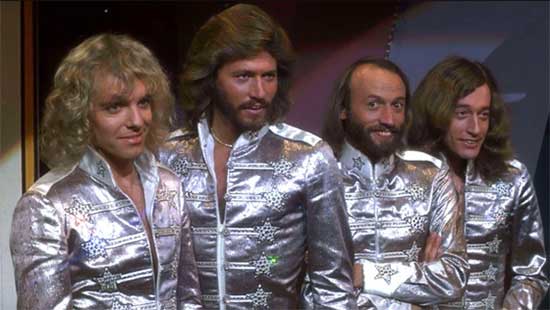 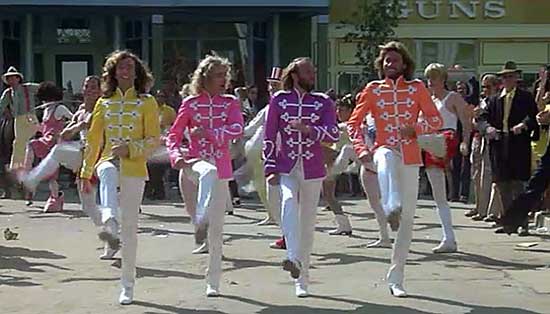 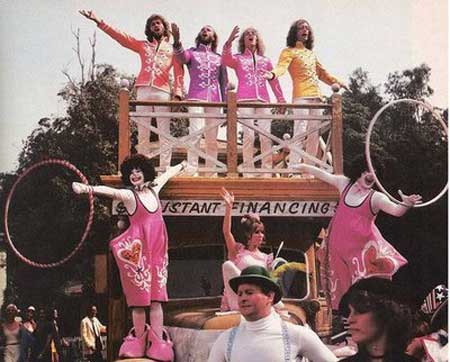 In simple form, the film follows the reformed Sgt. Pepper’s Lonely Hearts Club Band as they are discovered by a Hollywood music mogul. The band was created as a request by the original Sgt. Pepper who dies from old age after a long run in Heartland. Billy Shears and the Hendersons would make up this “new” version. 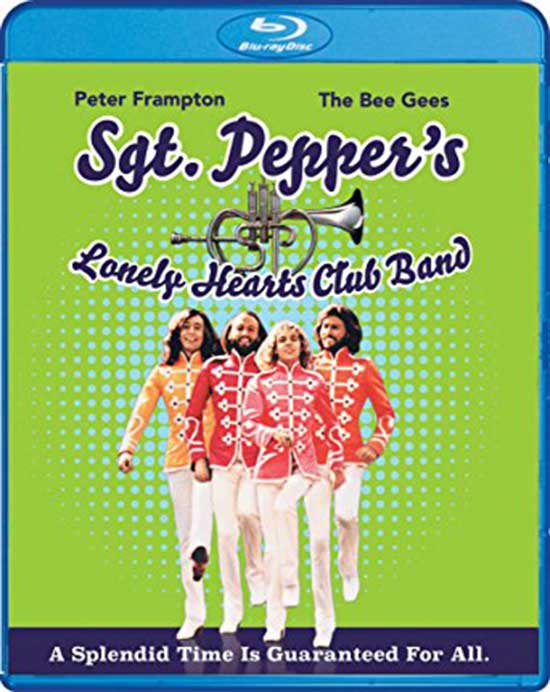 As the boys leave for fame and fortune, they discover that a unscrupulous bunch is determined to change Heartland into a seedy corrupted locale under the direction of Mr. Mustard. He proceeds to steal the Sgt Pepper instruments from the town museum and disperse them into his league of baddies (the films villains). These include 3 locations under the management of Dr. Maxwell Edison (Steve Martin), Marvin Sunk (the ‘Sun King’) (Alice Cooper) and the Future Villain Band (FVB) (Aerosmith) 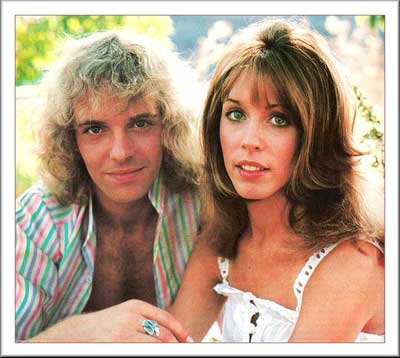 The band, now caught up in Hollywood seduction are called back to save Heartland from its downfall and retrieve its prized instruments.

In typical rock opera fashion, the film moves from one production into the next, heavy with plenty of musical numbers. Peter Frampton and the Bee Gees contribute quite a bit of the films music numbers in combination with all the other host of character performances. Actor George Burns narrates the film while also performing a number. The presentation is campy at best with some often weird choreography adding to its looney nature.

From a viewer aspect, the film does tend to weigh one down a bit through-out its drama driven mid section. Though it also manages to stay pretty visual as the band encounters greedy characters along the way that want to exploit the bands talents. For me, I always find myself dozing off until the band begins to retrieve the famed Sgt. Pepper musical instruments. It goes without saying that the movie is goofy at times and very retro-feeling (maybe too goofy for many viewers). It does have its charm leading up to the noted Aerosmith confrontation (who go by the name of the “Future Villain Band (FVB)”). 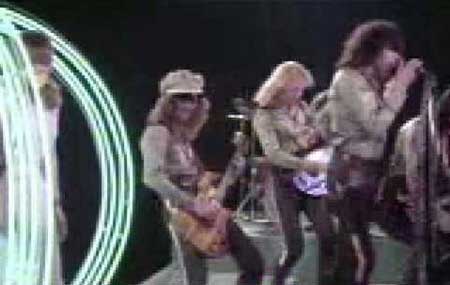 At the time, seeing our rock heroes in a Stigwood production like this was a rare event. The end battle has Steven Tyler in a stand off with Billy Shears as Aerosmith finishes off their incredible rendition of “Come Together”. The confrontation is a high point in the film that at times seems to be the sole reason for watching this movie. Though in fairness, even though many will call it “junk” and “bad acting”, it delivers a special offering that is strangely unique and fun to watch. Those who like films like “Tommy” and “Xanadu”” should easily satisfy in its viewing experience. Others might simply find it boring and stupid.

For a movie that met with some finical woes, the film produced a pretty interesting soundtrack that went on to become a multi-platinum double album. It managed to do well within Billboard charts but soon fell out weeks later after the film failed to gain any commercial ground. 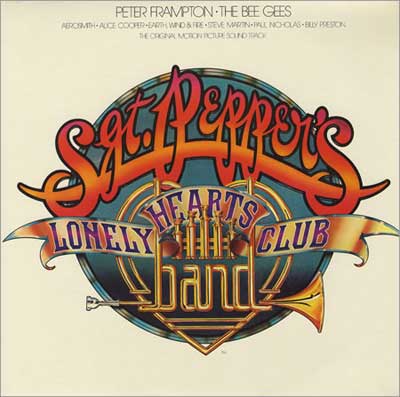 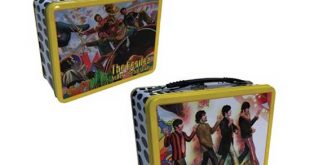