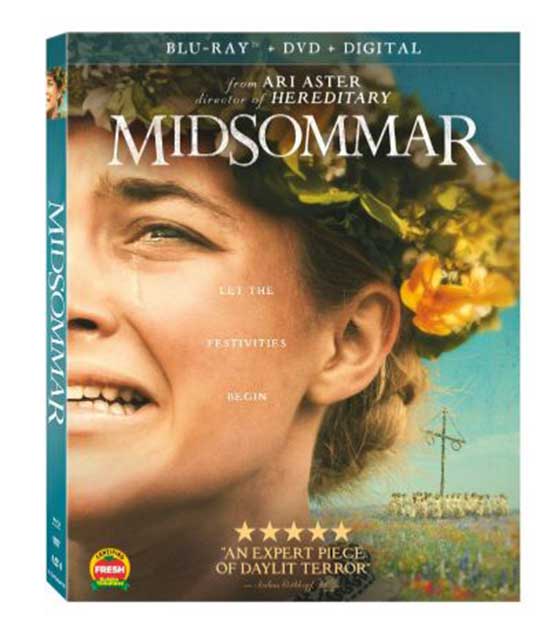 A couple travels to Sweden to visit a rural hometown’s fabled mid-summer festival. What begins as an idyllic retreat quickly devolves into an increasingly violent and bizarre competition at the hands of a pagan cult.

While the new release “Midsommar” from ground breaking director Ari Aster is entirely its own beast, it does garner its inspiration from a few familiar older films, namely, 1973’s movie “The Wicker Man” (and a hint of “Hostel“). Ari Aster, you might remember from his 2018 release, “Hereditary” which made quite an impact for its horror genre contribution in 2018. Because of this, it was of great interest to give this one a “move-to-front-of-line” attention while still not knowing what to expect. “Midsommar” made a few headlines this year prompting some nice publicity for the movie’s theater releaae. However, seeing that I had missed that run, I was eager to catch in on home viewing. 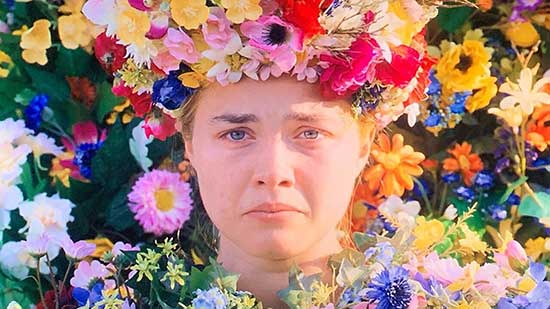 So how does one follow up the buzz after the film “Hereditary” made such a splash? It seems the answer to that is to keep the style and feel going of past efforts while still not repeating them. Famed director Darren Aronofsky is quite the poster boy for this same momentum. In fact 2017’s release titled “Mother!” left a similar residual feeling on me upon viewing. Midsommar is additionally a film that leaves a few permanent marks upon viewers in that same tradition of shock cinema.

Before diving in, I will say that while this film is certainly worthy of its horror genre classification, it is probably not the flavor of horror you are familiar with. Midsommar is a very circumstantial and situational film grounded in the underlying theme of basic human nature gone wrong.

Set against a very folksy, hippy-like theme, the true intent here is to showcase the elements of cults and their choices made. The title itself is a re-pronunciation and wording of the word “Midsummer” (getting its original meaning from the Swedish and German culture). In short, it refers to a period of time centered within the summer solstice. In the case of this film, it uses that translation by applying it to a mid summer festival event centered in Sweden.

Midsommar begins its first act pretty dark leading with college student Dani Ardor (Florence Pugh) having to deal with the recent trauma of her sister committing suicide while dragging her parents down with her. The whole segment is pretty cold and shocking. 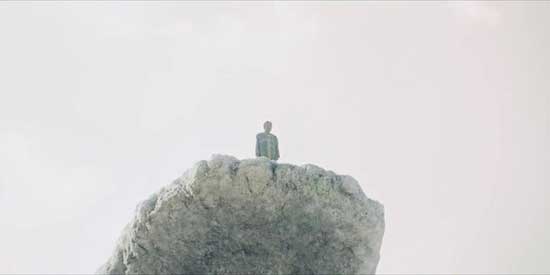 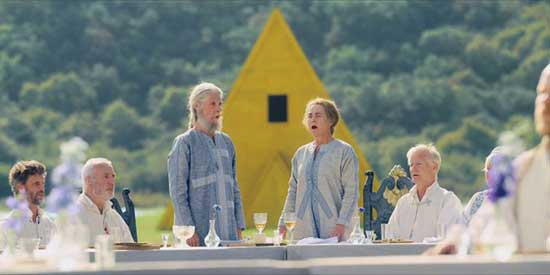 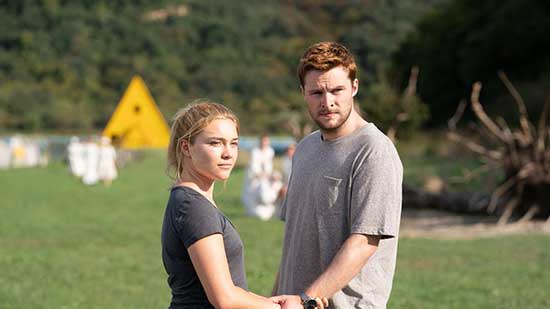 A year passes as we acquaint ourselves with Dani and her friends leading up to the following summer. In discussion Dani discovers that her rather solemn boyfriend Christian Hughes is planning on leaving with his friends for a Swedish celebration. One thing leads to another and soon the whole group is off to the celebration with the reluctant inclusion of Dani now tagging along for the ride. The event is at best described as a earthy celebration that occurs every 90 years. Though with peace and love appearing to be at the core of the event, it is presented as a innocent gathering with a few drug indulgences offered for good measure (and a source of quick comedic interjection)

The group quickly acclimates to this mysterious but playful ancestral commune while being welcomed and embraced. Innocently enough, nothing here “appears” threatening as the group eats, dances around maypoles, and hugs one another (quite often). 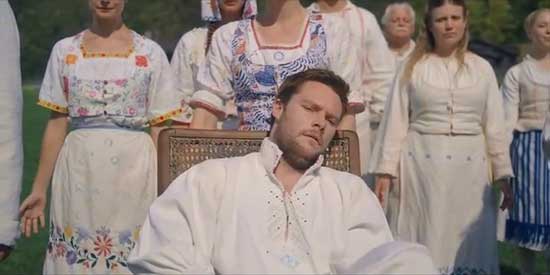 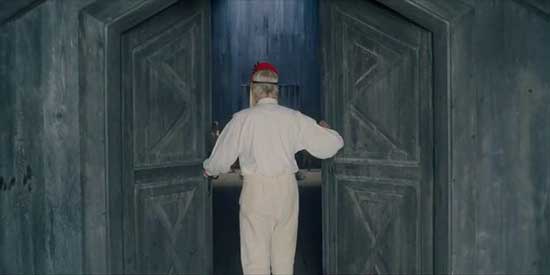 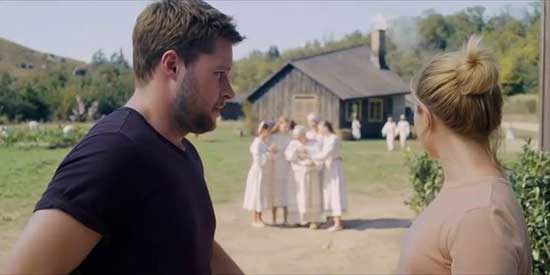 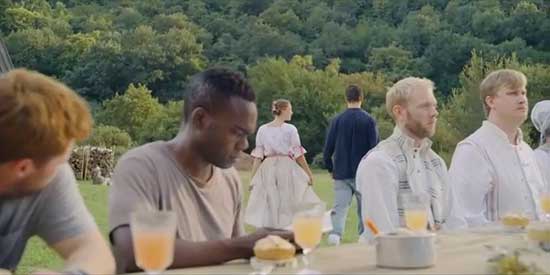 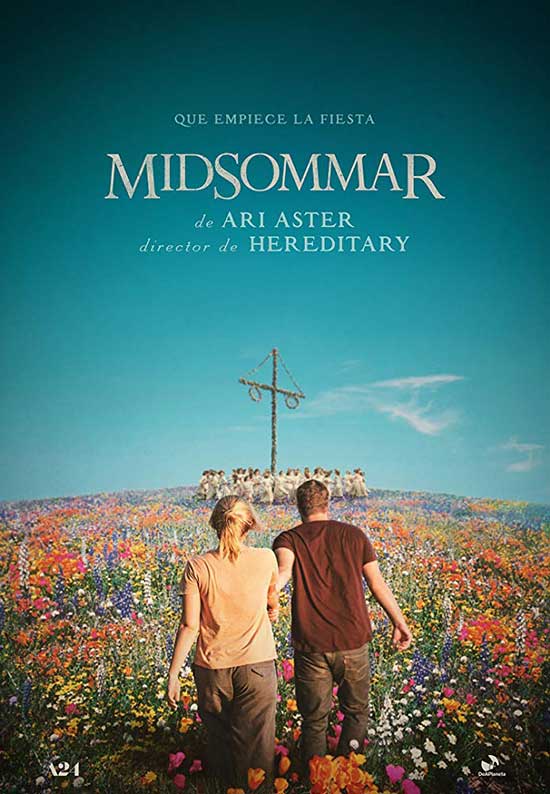 As with any good horror film setup, you begin to suspect that something is not entirely right with the people of this community. This is the meat and potatoes of the whole film. The notion of isolation is presented thru the elements of a commune (that has been active for quite some time) that have made decisions outside of what society might deem normal behavior.

I am not at liberty to disclose the impact moments of this film (to avoid spoilers) other that the shift occurring that follows 2 of the elders, reaching age 73, committing sacrificial suicide. What follows flows between a subtle innocence and really weird-to-dark moments that align with the cult’s own religious, tradition, and historical choices.

As they say in life, “this is going to end badly“. The film never gets too focused on a maintaining a horror-driven aspect while instead using the situations and decisions they make as the actual horror itself. Like Ari’s previous film, it gets really weird centering itself around a religious understanding between characters. Though what follows falls deeply into disturbing moments intended to have massive screen impact. 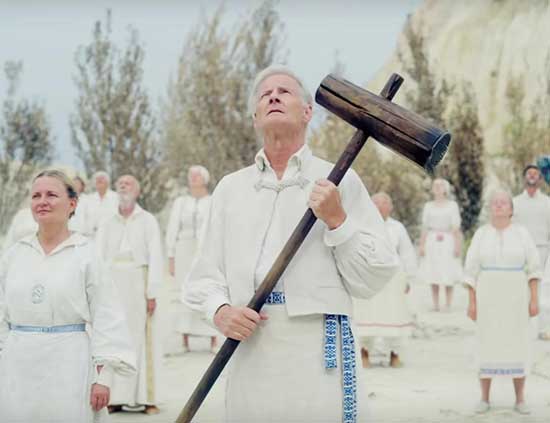 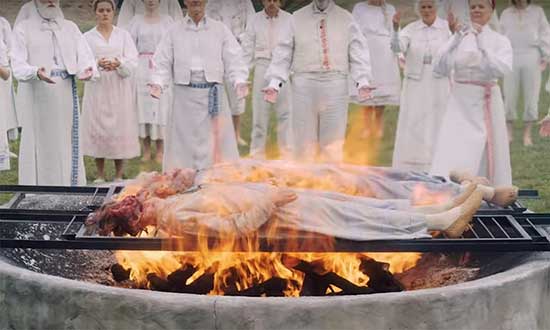 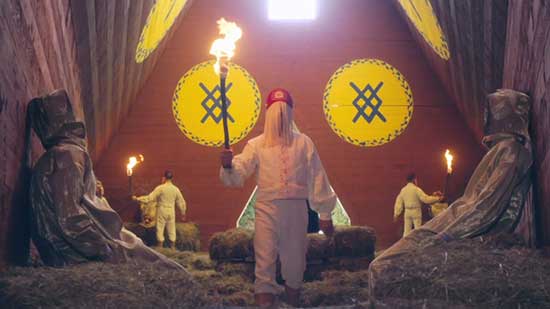 My reaction to this film is quite mixed. On one hand, the 2 1/2 hour time span was a bit more than the film needed. Midsommar has a lethargic pace at times that had me wishing it would just get to the key points and get on with it. On the other hand, it is quite like nothing you’ve seen (without making comparisons to other cult-rooted group films). The movie has extremely visceral moments that are key to the intended impact. When played out, they do so in an unexpected way (feeling more like dark ignorance). After all, much in the film Midsommar is executed by choice, with the rest being inflicted upon innocent travelers.

I have to say that I’m somewhere in the middle on this one, with a reaction that is not unlike that of other cult movie takeaways. The director’s choices are indeed original adding another one of these quirky films to his roster.