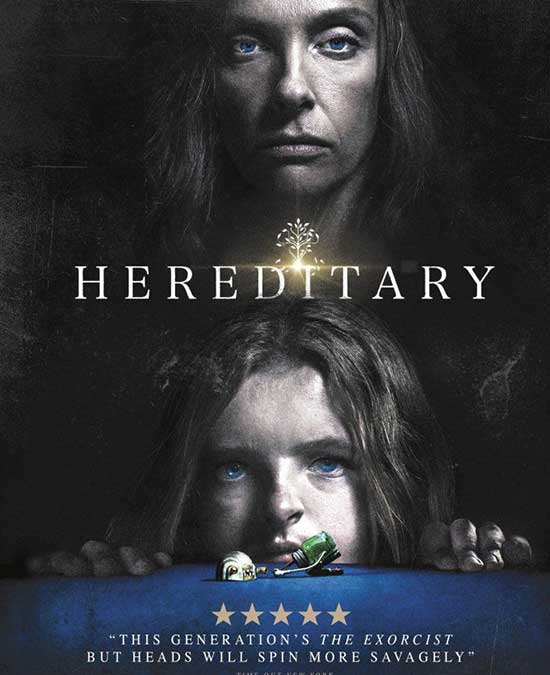 After the family matriarch passes away, a grieving family is haunted by tragic and disturbing occurrences, and begin to unravel dark secrets.

The dark feature, “Hereditary” has been on my radar for a while. While I didn’t make it to the theatre showing, I was confident it would be coming my way soon. Now I don’t buy much into marketing tags, however it did peak my curiosity as to how someone could make the comparison to the movie “The Exorcist“.

If anything, my mission was to either confirm or deny this bombastic comparison.

Getting to the film itself, Hereditary is a 2018 drama-horror piece directed by Ari Aster. Ari while having directed some films didn’t come to the table with any noted smash horror hits under his belt. Though don’t let that statement dissuade you as many top horror directors (or rather horror film directors) have made their mark with surprise hits that suddenly are proclaimed as the next biggest thing in horror (Remember Oren Peli? and his paranormal run??) 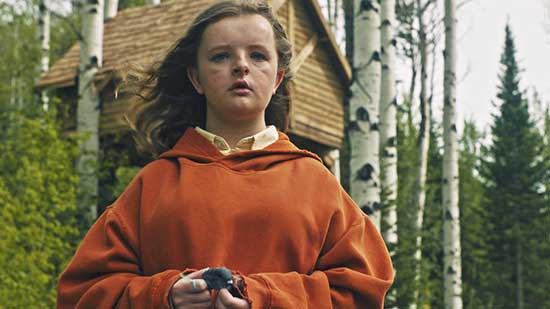 The cast here did an exceptionally bang up job even under the idea that “they” (with exception of Gabriel Byrne) were not noted horror stars or ones are used to hearing about in our genre. Toni Collette has had alot of films under her belt, however with exception of “The Sixth Sense”, I had really not seen much of her more mainstream work.

Make no mistake here, actress Toni Collette is riveting in this film. Her performance as the character Annie Graham is not only believable, but adds significantly to the tension and dark drama of the movie. Upon watch, I was pulled in instantly just on the basis of her maniacal and dramatic performance. Toni’s expressions were indeed felt adding that much more to the how the scenes play out.

Gabriel Byrne is also perfectly suited as the worn out husband Steve Graham who appears to be just trying to get past the drone of life that seems to have entailed a mix of personal family dramas and personality conflicts combined with odd incidents. We learn by association that he is/was Toni’s former shrink, that now bears the burden of a patient/wife relationship.

The film begins extremely dreary with Annie’s mother passing away. From here one might say……there is a slow building of dread that takes form in odd ways. We do get an occasional orb or spirit vision, but really that is not the scary impact moments of this film. 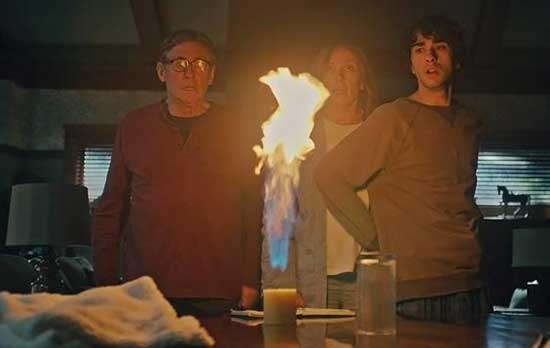 “Hereditary” has its chills, but unlike many horror films, the film is more interested in painting an uneasiness or brooding that is occurring in the background of “somewhat” normal family life. Jobs, deadlines, relationships and even a bit of remorse and despair planted under mourning appears to the “intended” presentation. But….there is much more…. and that is what sends chills to the forefront.

Annie who has comes to terms with her mother passing is one hand being pressured to complete her new book, while also struggling to cope with the realization of death in her family. Her children Charlie (Milly Shapiro) and Peter (Alex Wolff) appear to also be sensing a strained relationship while making their way thru the day to days. To quote other reviews, “Hereditary” barely opens up with sinister inclinations. It seems to place its immediate footing into the pains of dealing with loss and the need for emotional support.

With reviews that I take on, I prefer to relay a sense of a film without giving too many plot surprises or spoilers away. One should feel compelled to see a film based on it’s relayed intentions and level of emotional impact it conveys rather than …..”check out this scene”! 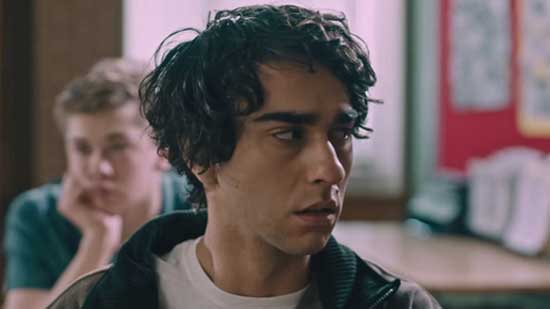 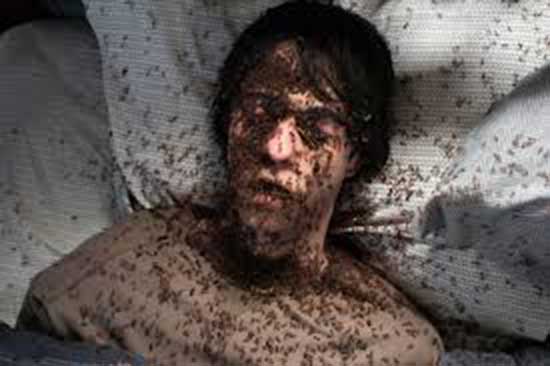 “Hereditary” is a very dark film that does its best in keeping its intensity and direction moving into a position of depressive dramatics and escalated creepiness that really challenges the genre of horror. I say this, as I’ve seen way too many formula-rooted films that seem to forget about this very basic notion.

Now, I will add that the 3rd act delves into areas that “may” prompt one to do a little after-research on. The clues of the film can be analyzed and collected upon finish (helping with plot points that at first may seem to be confusing). This aspect (not unlike you encountered in the film “Mother!”) are what makes cinema more than just an acted story line.

Hereditary has this, and on all accounts is perfectly designed to keep you engaged from one scene to other. 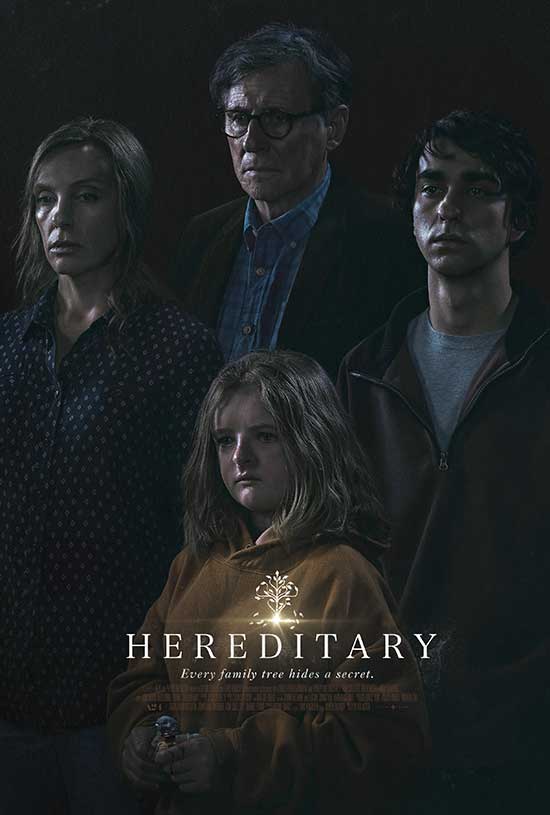 If you made it this far, you will not be surprised in my statement that “Hereditary” is in fact a modern horror masterpiece. Take the dramatic qualities of say the film “American Beauty” and then combined that with “The Conjuring” and you’ll get something that resembles Hereditary.

Because of this, “Hereditary” also appears to move nicely into a cult-ish category rather than just strictly horror placing it squarely into the forever memorable halls of Terror cinematics.

Hereditary is now available on bluray per Lionsgate