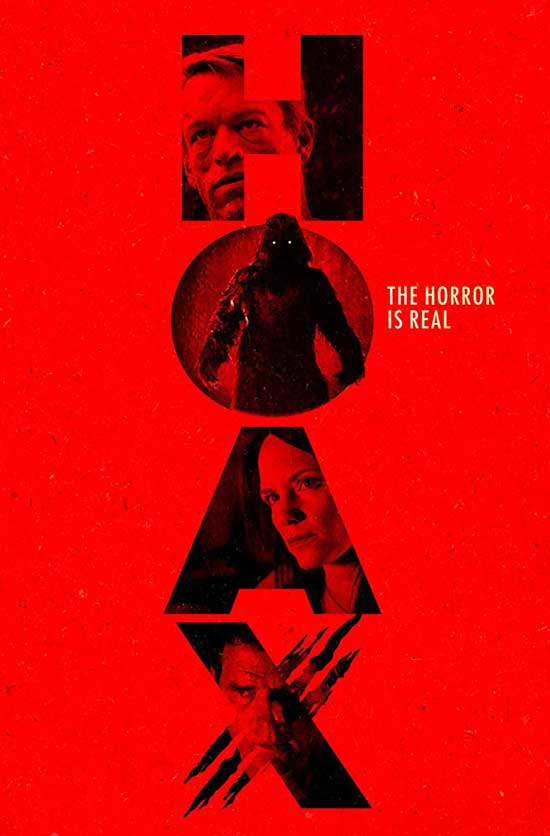 An investigative team travels deep into the remote Colorado wilderness after a group of young campers are viciously murdered by what may be Bigfoot.

In an industry where horror themes repeat themselves several times a year, I have come to respect a few that deliver on a pretty constant basis. Having been thru a small part of the 70’s myself, I still remember that classic “Mysterious Monsters” footage. The one that really stayed with you giving an un uneasy feeling every time you walked into the woods. I believe 1976 was the peak year for the whole man-beast in the forest fascination . One that ran along side reports of The Bermuda Triangle and Alien conspiracy reports. However still to this day with big foot becoming the focal point of a few reality shows, it seems to have alluded proper documentation and undeniable evidence. 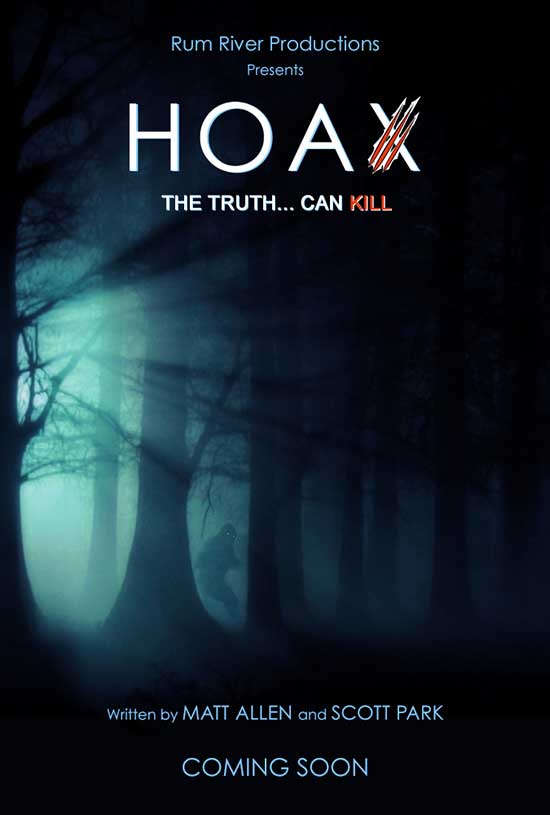 This brings us to the theme of Big Foot horror movies. While in discussion, they often sound a little cheesy. They also have been among some of my favorite horror movies of past (go figure). To cite a few favorites, “Abominable” and “Exists” rank high on my Sasquatch charts of past. “The Legend of Boggy Creek” was another old favorite, and then the other one, “Willow Creek”, which I have yet to see.

This brings us to Dread and Epic Pictures new release titled “Hoax”. “Hoax” takes the lead from Sasquatch themed films, (partial) cam corder films, and the general notion of a group being isolated in the woods.

The story goes like this: Film maker / producer Rick Paxton (Ben Browder) is on the brink of being replaced by younger millennials who have infiltrated the producers industry. Plenty of new shows are making waves, with more on the way. Rick who is looking for a chance to prove himself pitches a new program that he feels will move the needle for the network. Essentially that program is a big foot hunt that follows upon new reports of several missing people who were camping in the woods. He gets the ok from the network executive with the promise that he will deliver on it.

This begins the recruitment process that involves bringing a team of professional who can support his project. After a rather quick recruitment process, Rick convinces a worthy team to join him in the woods per helicopter drop off. The team is comprised of an ensemble of professionals: Reporter Bridgette Powers (Shoshana Bush), primate specialist Dr. Ellen Freese (Cheryl Texiera), cryptologist Peter Moore (Schuyler Denham),Ex Marine John Singer (Brian Thompson), Tracker Cooper Barnes (Max Decker), and cameraman Justin Johnson (Hutch Dano). 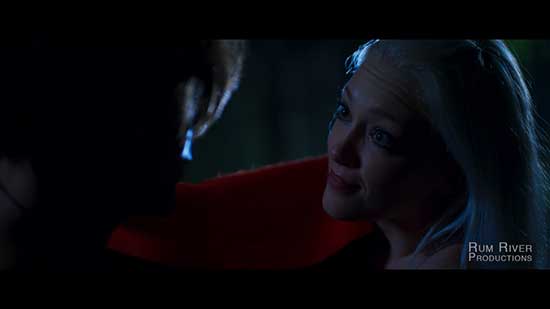 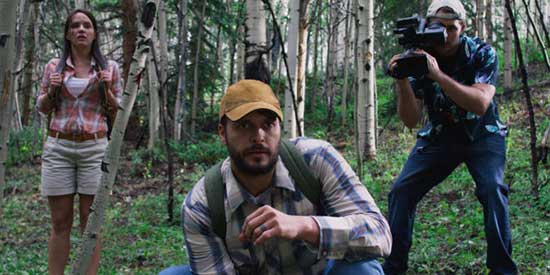 The rhythm here is pretty in line with most of these “camp in the woods” films, however replacing the typical stalker killer figure with a hairy brooding beast that hangs the intestines of his kills in a nearby cave.

As the hunt continues to capture evidence (of any kind), the body count increases. Tension emerges between the group as members begin to go missing. Rick only worried about his production tries his best to keep the camp in line, however it is becoming increasingly clear that they are no longer safe.

Which brings us to the reaction of the film itself. Hoax” offers a few chills especially towards the 3rd act. In short though, I didn’t find it to be much of a scary film (at least not up to the caliber of the Big foot film, “Exists”). It was great to see actor Brian Thompson doing some screen time and the ensemble here appeared to work well together. The highlight of this film is the surprise 3rd act which takes things into a different direction. Up to that point, I was predicting a standard, kill everyone type of ending that would have sank the film (if not otherwise).

There is some gore for extreme horror fans and some extreme moments that wrap the package up nicely. As a production, it was shot professionally and set within suitable mountain/ forest surroundings. As a film, it falls within the medium range of films, that I’d probably watch 1 more time in the future. I won’t say this is my favorite Epic Pictures release, but it doesn’t fall to the bottom either. Home viewers and horror fans will find moments that work for you despite much of the predictable portions it inherits. If your looking for big foot action, this one will fair much better that the pointless reality shows they are dishing out on TV today.

Hoax is now available on bluray per Epic Pictures