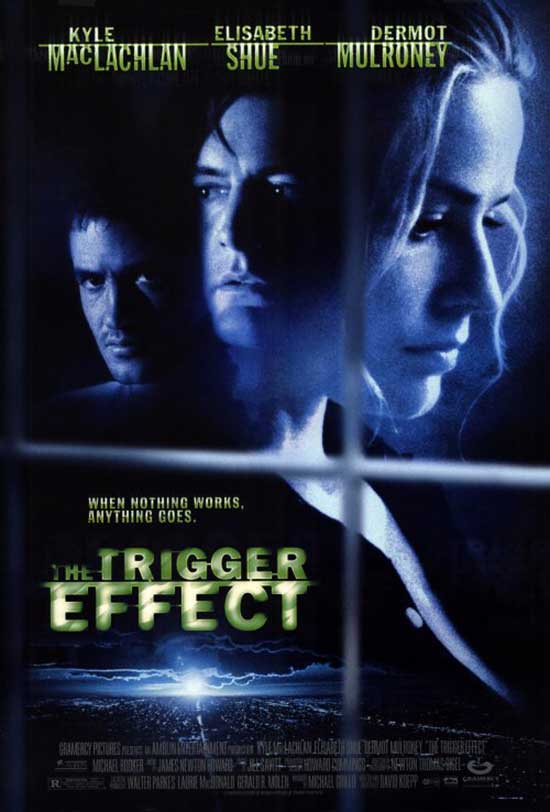 A blackout leaves those affected to consider what is necessary, what is legal, and what is questionable, in order to survive in a predatory environment.

A rare gem that seems to have gotten lost over the years can be summed up with the 1996 film, “The Trigger Effect“. The Trigger Effect was released on VHS in 1997 following up with a DVD release in 1999. Though it has taken this long (2019) to make its way to bluray, a decade later.

The Trigger Effect was directed by David Koepp featuring the acting talents of Kyle MacLachlan, Elisabeth Shue, and Dermot Mulroney to carry the main story plot. A simple film, “The Trigger Effect” takes the notion head on of what happens when a power grid fails and doesn’t come back on. The film was set up cleverly by introducing us to a series of interactions that appear to fuel the next. As we arrive on this “trigger” that starts at the local mall and makes its way to the nearby movie theatre, we given a well written foreshadow of things to come (Note: I love this first act setup!). The idea pressed here was how easily interactions trigger the next, focusing on the elements of human interactions and emotions that arrive out of those very same interactions. 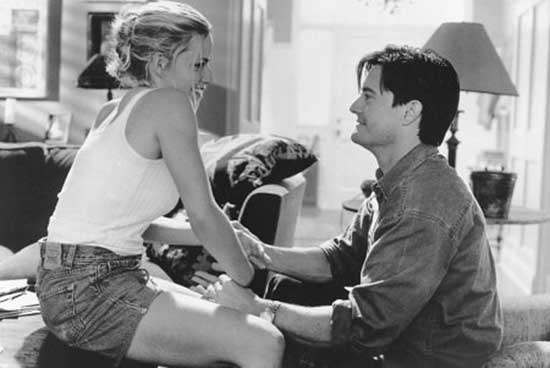 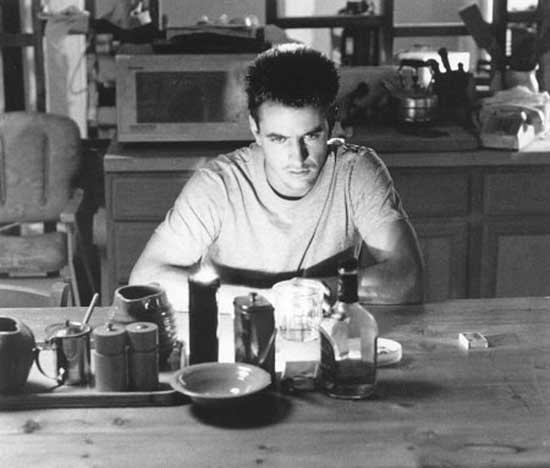 Matthew (Kyle MacLachlan) and Annie Kay (Elisabeth Shue), a comfortable life suburban couple are faced with the issue of a sick newborn and the fact that life has suddenly changed for them on the result of a local power outage. While no one can explain what caused it and what is to come (due to communication devices being down and unresponsive), life still has to push ahead regardless. Matt and Annie’s neighborhood has become on edge with all the locals of various communities taking arms in the wake of this occurrence.

Quickly we are introduced to crowded stores, agitated customers, and rude shop owners as each deals with the sudden reality in their own way. Matthew, a typically calm and un engaging person is forced to loot a local drugstore to attain the medicine needed for his sick baby at home (due to systems being down).

Things become even tenser at home with the sudden arrival of Annie’s wayward brother Joe into the scene. Joe reluctant to stick around, is invited to spend the night by his sister Annie who feels safer having the extra body around to protect the household. Matthew, reluctant to invite him, is suddenly plunged into the middle of his feelings about Joe and his sister’s wishes. 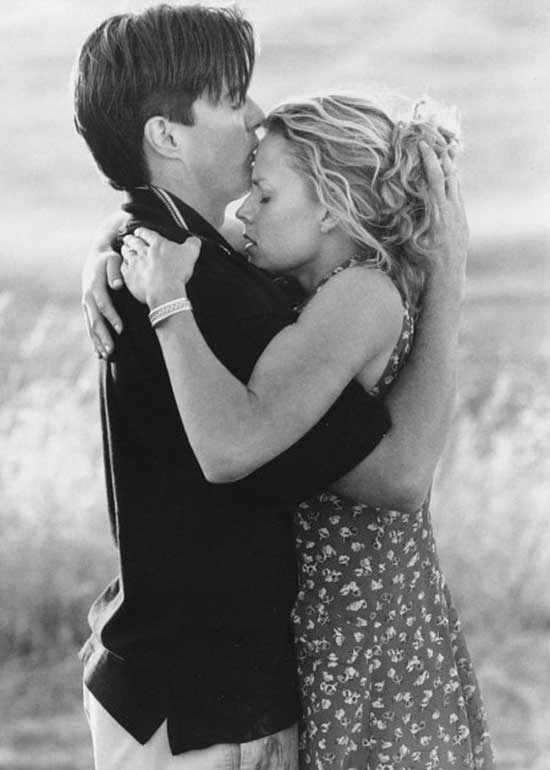 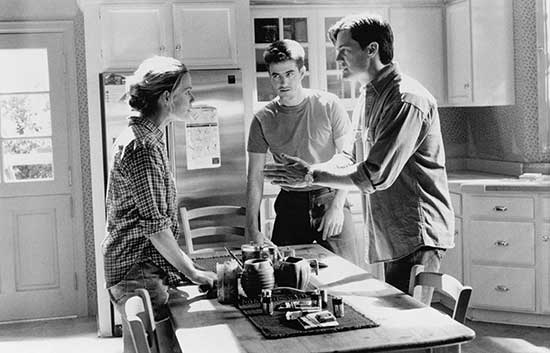 The tension between the 3 extends beyond the family dynamic often making suggestion to some level of incestuous unease.

The film “The Trigger Effect” is a brilliant and effective film that really addresses the issue of “what if”. During the release of this film society was also beginning to feel the oncoming pressure of a new millennium ahead, Y2K, and the future arrival of 2012. All time periods that marked an assumed conspiracy theory manifesting (suggesting the downfall of mankind or some pseudo apocalypse looming overhead).

Regardless of what was to come or what people “thought” was to come, the movie started to wake a few viewers up with a fictional presentation of a potential nonfiction situation. If anything, it provided more people ideas in the wake of nature’s disasters, if not the literal idea that it doesn’t hurt to have a few supplies on hand “prior” to an event occurring. (note: I was to embark on the purchasing of survival manuals shortly after) 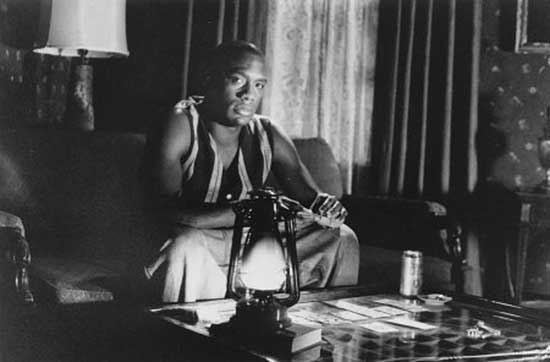 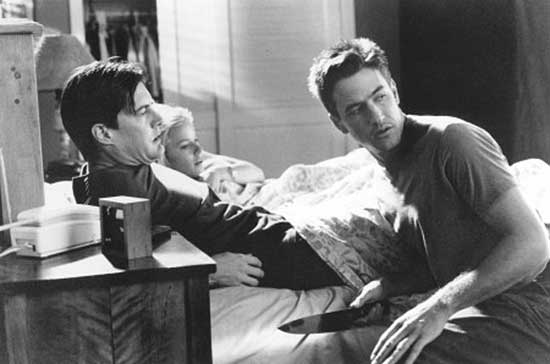 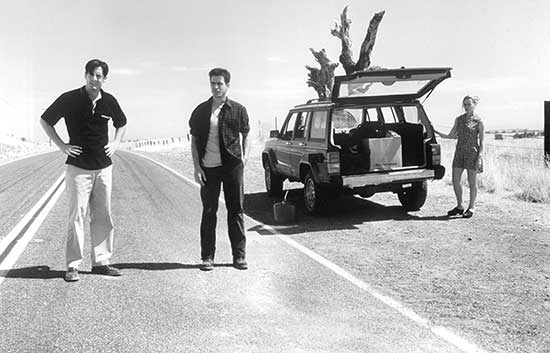 Getting back to the story, there is a real tension and a real mirroring of everything from racism, to stereotyping, to behavioral predictions that all add up to a bad scene brewing. We are exposed to the inner nature of human beings and what may rise to the surface. The film attempts to address quite a few things that emerge in society while doing so in the confines of its movie running time. As thing progress, this message is reiterated with a few characters who arrive and also re-merge later. 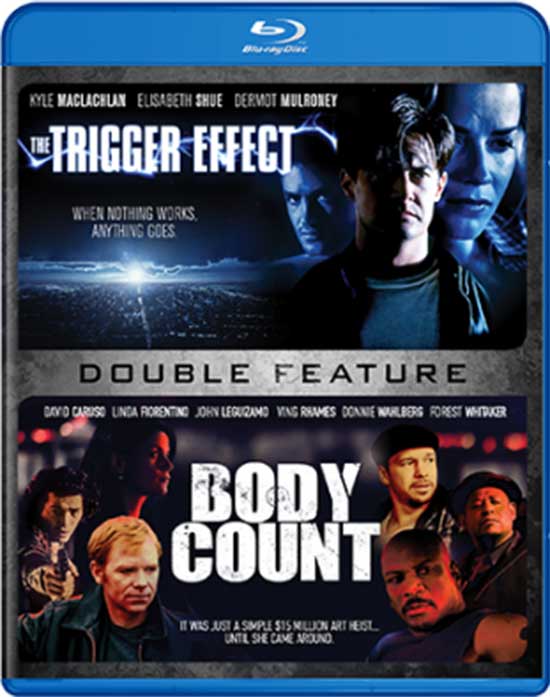 “The Trigger Effect” is a recommended film that can now be enjoyed on bluray per Mill Creek entertainment‘s recent double set bundling. The bundle itself is worth it just for this one film alone and a welcome inclusion into the blruay realm that will surely excite collectors.