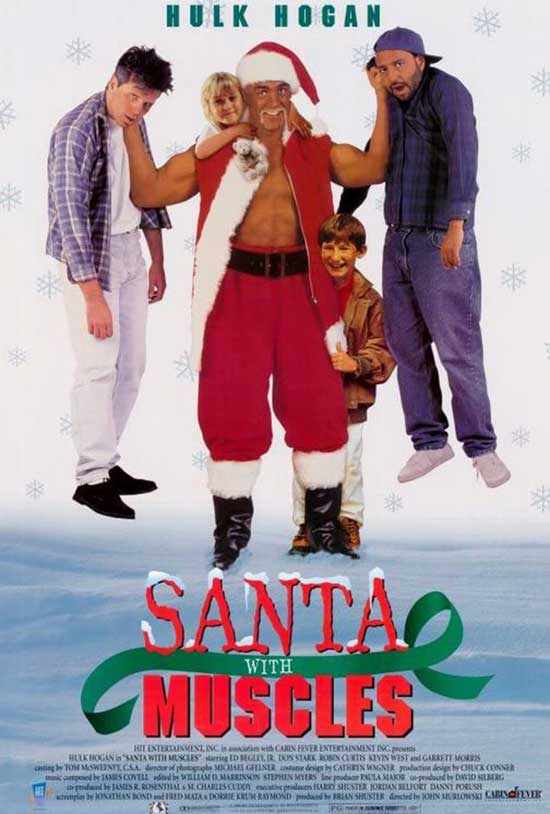 An evil millionaire believes he is Santa Claus after an accident renders him amnesiac.

The 1990s were a fun decade. The music was awesome, and cable channels were a lot more fun. It was the era where USA Up All Night still aired and we had Joe Bob Briggs on Monstervision every weekend. Even premium channels were more interesting, not being afraid to unleash low-budget b-movies on their late nights. That’s not to say that there weren’t problems or oddities. For instance, Hulk Hogan was still seen as a bankable star even and fans were unaware of his reputation for using his backstage power on whatever wrestling federation he worked for to stall or damage the careers of other people. Nor were we familiar with his more troubling flaws (racism). 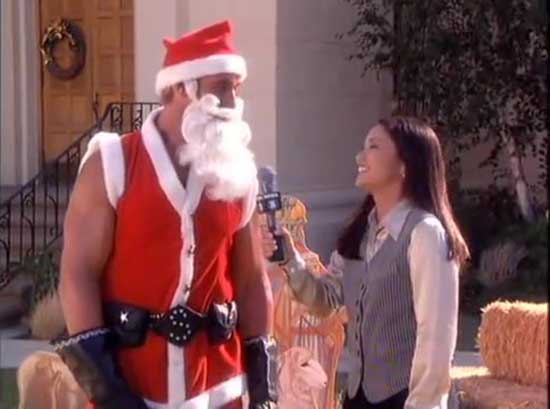 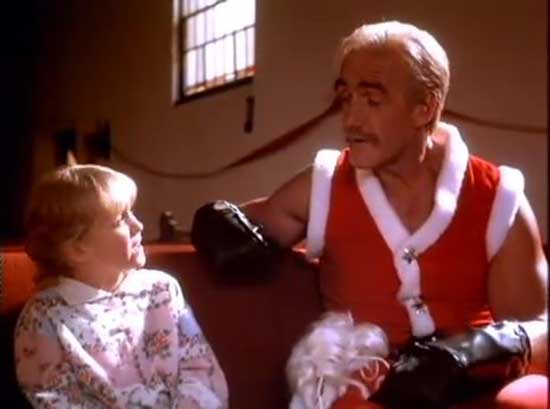 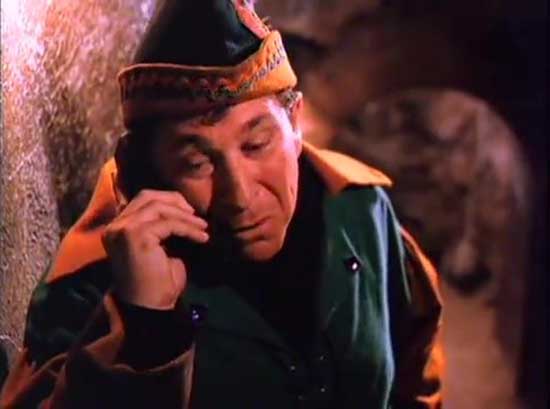 So, it was in 1996 that someone saw fit to unleash the Hogan starring Santa With Muscles, which would go down in infamy as being considered one of the worst movies ever made (however, I’d argue there are other movies more worthy of the title). Hogan plays Blake, a millionaire egomaniac (someone forgot to tell him that the point of acting was to pretend to be something you’re not) who tries to avoid the police, after engaging them in a high-speed chase, by dressing up as Santa Claus. Unfortunately for him, he suffers a head injury that renders him an amnesiac. After seeing signs asking for help for an orphanage in trouble, he decides to try to assist them. He soon finds himself trying to protect the orphanage from a predatory businessman who wants to own the property and is willing to go to any lengths to get it.

Before I get to the bad, I did want to give the devil its due. This movie seemed to have had a decent budget behind it. Not large, but definitely not too small either. There was some reasonably good production value here. On a technical level, everything looked reasonably professional. It also had a fairly good cast. While Hogan himself sucks as an actor, I can admit that he did have a charisma that helped carry him through. That makes sense since his entire career, whether it’s pro-wrestling or acting, got through purely by his magnetism instead of any actual skill. 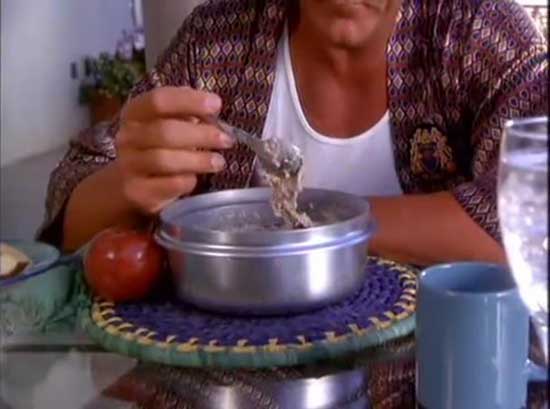 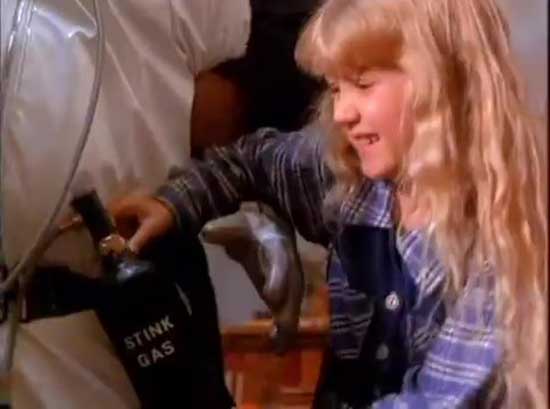 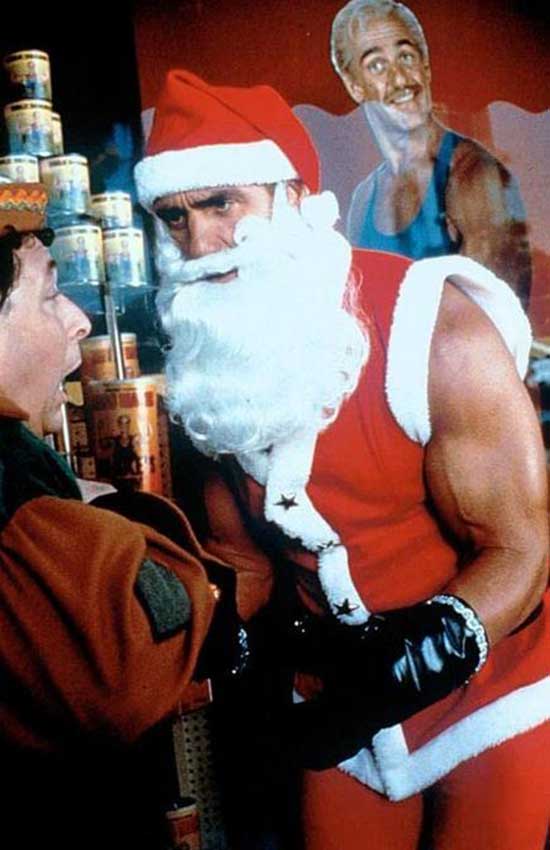 While the majority of the cast, excluding Hogan, do a fairly decent job with their performances, the material they’re forced to work with doesn’t do them any justice. Some of the dialogue borders on the cheesy, and some of the scenarios were a little silly. While this was aimed at being a kids’ movie so some silliness is kind of expected, I didn’t think it worked here. It felt like the filmmakers were trying too hard to appeal to a younger audience, so a lot of their attempts at silly humor fell flat as a result. Sometimes, it was just annoying. To be fair, I may be wrong and some kinds might have found it amusing, but I’m doubtful. I think most children would cringe at the antics.

The movie itself is plagued by a series of plot holes and coincidences. It’s hard not to roll your eyes when the movie establishes that these crystals found in a series of caves will explode at the slightest touch, and then has a fight scene where characters are hitting each other with the crystals without a single explosion.taking place. Then the movie asks us to believe that Hogan’s character just happens to end up trying to protect an orphanage in his amnesiac state that he happened to stay at as a child, and that our main villain was there at the same time. It’s these plot holes and convenient twists that show how lazily the script was written. It feels like the filmmakers thought their audience were idiots. 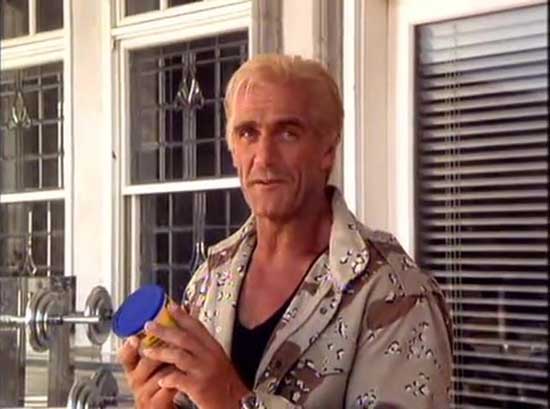 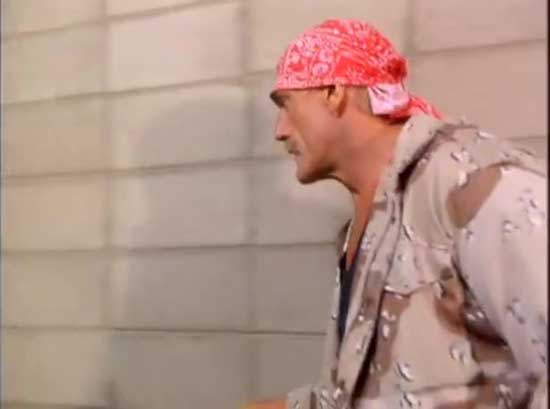 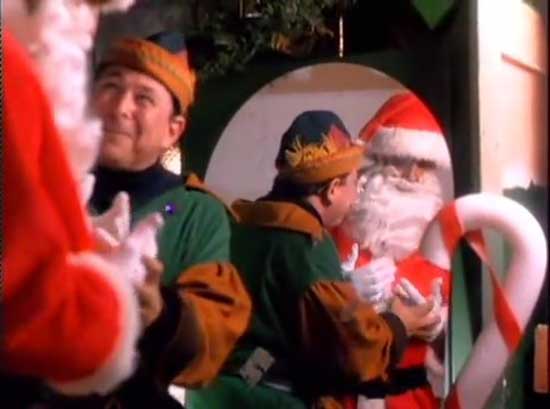 I’m having a hard time finding a reason to recommend this film. It might be worth your attention if you have some friends with you that want to laugh at a bad film. The opportunity for that kind of entertainment is there. Otherwise, this movie is too silly and lazily written for its own good. There are far better movies for a family to have your kids sit through, so there’s no reason to subject them to Santa With Muscles unless you actively hate them.