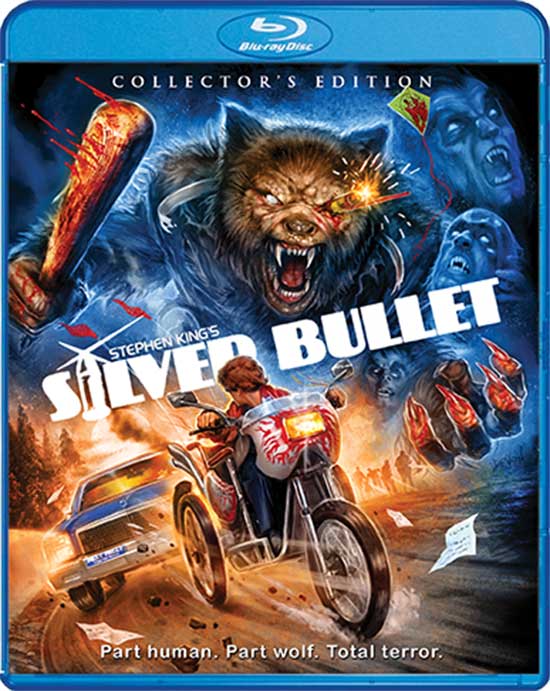 Adapted from author Stephen King’s Cycle of the Werewolf, this campy thriller tells of a sleepy American town that’s terrorized by extreme sadistic murders — seemingly, by a werewolf. While all the town’s inhabitants prepare to lock themselves up at night, Marty Coslaw, a 13-year-old, wheelchair-bound boy, is the only person brave enough to try to track down the mysterious killer.

The thing I love about Stephen King adaptations from the 80’s is how wholesome and family oriented they are. In my opinion Stephen King writes about children and siblings really well, albeit with a great deal of corn. Silver Bullet is the film adaption of the Stephen King short story “Cycle of the Werewolf” and this time the screenplay was written by King himself, and the quality shows. Despite the R rating this is essentially an all ages horror movie. The horror is suspenseful and the identity of the werewolf makes for a good mystery. Before this review continues I need to say Silver Bullet contains Gary Busey fighting a werewolf and Corey Haim on a gas powered wheelchair and, that is all the motivation you need to go find a copy of Silver Bullet. 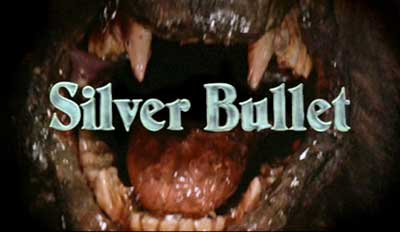 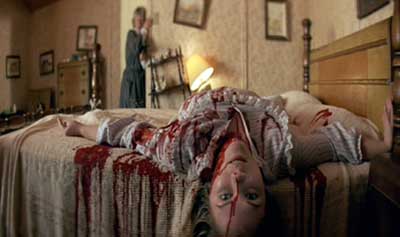 The story starts in a small town where we meet a young paraplegic boy, Marty Coslaw (Corey Haim) and his sister Jane (Megan Follows). The town is a small quiet place, where very little ever happens, but one night a young woman who was just abandoned by her boyfriend after learning she was pregnant tried committing suicide. Before the woman could swallow her first pill a werewolf jumped through the window and tore her to shreds. The werewolf appears as a bipedal wolfman. Although the suit worn by Everett McGill is cheesy at times, it’s a solid movie effect portrays a creature of the shadows that fits well into the atmosphere of the film. Stephen King adaptations are not typically known for their gore, but there are two onscreen kills where we got to see the werewolf’s claws in action. The modern CGI werewolf does not shed blood like the old school effects. 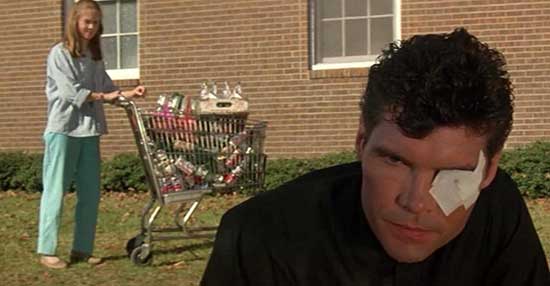 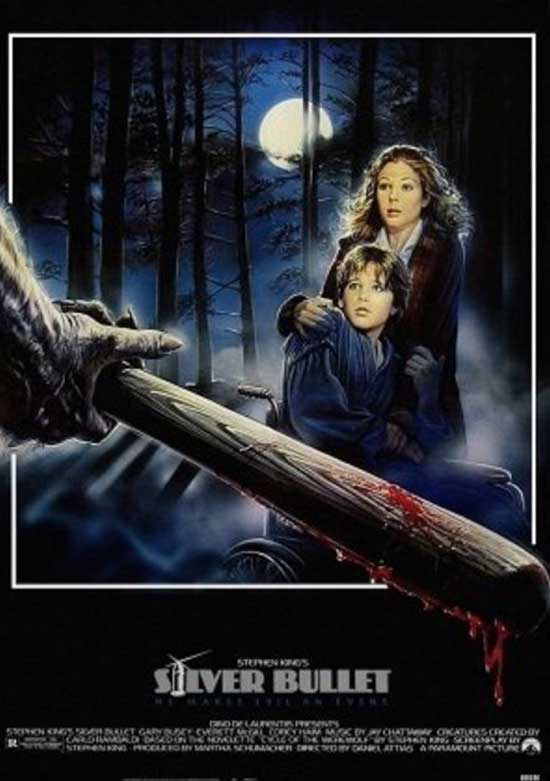 Sherriff Haller (Terry O’Quinn) is in charge of the investigation, but has no leads as the werewolf claims more victims including Marty’s best friend. After the death of a child a mob is formed in the town, but the actions of the mob are fruitless as the werewolf takes down a half dozen townspeople. The townspeople are taken down one by one as the werewolf uses the natural fog and shadows to tear the mob members apart. The next scene is a dream sequence where everyone in town turns into a werewolf at funeral of the six werewolf victims. . The next day Marty’s Uncle Red (Gary Busey) unveils Marty’s new wheelchair, which actually looks more like a cross between an ATV and a chopper. When Marty goes out to set off the fireworks that his Uncle Red gave him he encounters the werewolf and shoots a firework right into its eye. The only thing preventing Marty and Jane from discovering the werewolf’s secret identity is finding the townsperson with a missing eye. 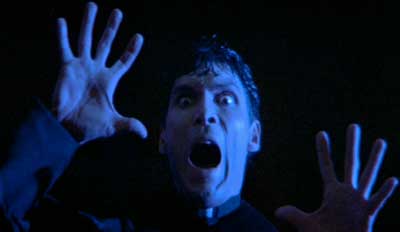 Say what you will about Gary Busey’s current state of mind, but no one plays the drunken uncle quite like him. Silver Bullet has a great cast that fits well into the small town setting and tone. Horror films set in small towns have great ensemble casts where character actors such as Terry O’Quinn, whom I reviewed earlier for his excellent role in The Stepfather, get a chance to play the good guys. The mystery behind the identity of the werewolf was a nice plot element.

(SPOILER ALERT) When the werewolf is finally revealed to be the town reverend played by Everett McGill whose performance takes on sense of genuine menace when he justifies his killings in the name of God. When the reverend learns that Marty and Jane know his identity, he stalks his prey with the cold quiet demeanor of a true predator, trying to run Marty over while Marty is driving his ATV wheelchair on the side of the road. As lame as this scene sounds its actually quite suspenseful. 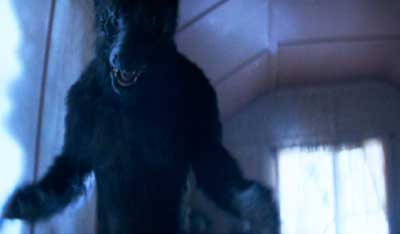 The real treat of this movie are the last scenes when Gary Busey, Megan Follows, and Corey Haim finally confront the werewolf head on with a silver bullet melted down and forged from the Megan and Corey’s necklaces. Silver Bullet is a great lesser known adaptation of a King work hidden amongst a lot of crap. This movie is a must if you enjoy the King brand of horror.