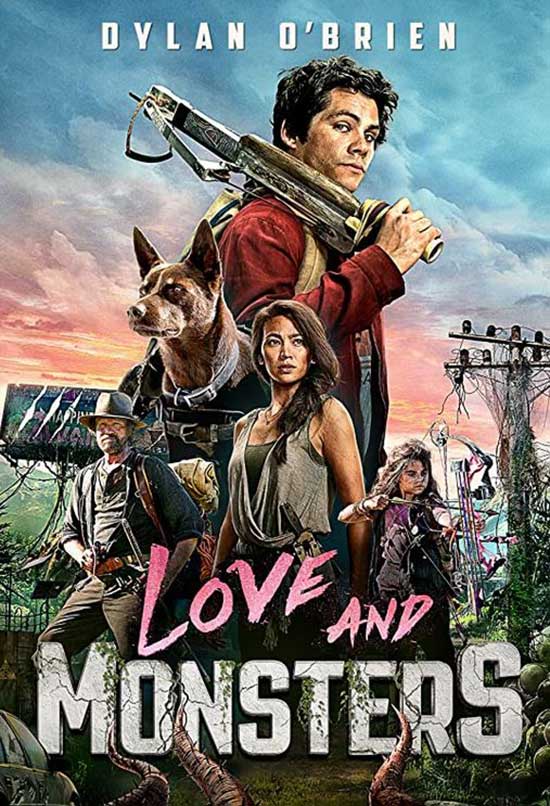 After toxic rain has mutated much of Earth’s fauna into ravenous mutants, 90% of humanity is wiped out. Among this verdant world of danger, a young man ventures into the wild in search of his childhood sweetheart.

Love and Monsters (2020) is director Michael (Five Fingers for Marseilles 2017) Matthews’ entry into the funky action-comedy field made somewhat popular in recent times by the Zombieland franchise. The comparison is apt, as Love and Monsters features a love-struck young man navigating a post-apocalyptic landscape with the promise of romance at the end of his journey. Instead of zombie hoards, though, the end of the world in L&M has come in the form of grotesquely mutated and enlarged insects, amphibians, and crustaceans. Luckily, the gorgeous creature design, witty banter, and solid performances make Love and Monsters a welcome distraction from the world we’re all currently slogging through. While the following plot details might have some spoilers, the film is entertaining enough to enjoy without the story being a mystery.

Dylan O’Brian (the Maze Runner franchise) plays the lead, Joel, who lives in an old missile silo or bunker of some sort, having escaped ground zero of the monster-geddon as the sole survivor of his family. As the rest of his bunker-mates have paired up in lustful bliss, Joel is left alone to chat via radio with his once-girlfriend Aimee, played by Jessica Henwick (Godzilla vs. Kong 2021). It turns out Aimee lives at another outpost a week’s travel away, and—having tired of the single life—Joel sets out alone into the wilds to reach her.

He’s not alone for long, though, as he is rescued from danger by Boy, a very smart dog who has lost his owner. Boy and Joel continue towards Aimee, only to meet more travelers in the forms of Clyde (the legendary Michael Rooker, Slither 2006) and the diminutive Minnow (Ariana Greenblatt, Avengers: Infinity War 2018). These two teach Joel the ways of survival, before splitting up to search for a fabled monster-free land in the cold north.

Eventually, Joel reaches Aimee, who actually is recovering from having lost her lover (we all saw something like this coming, right?) Worse of all, Joel yelled at Boy prior to his arrival, and the dog is missing. There’s then a climactic scuffle with seaman Cap, played by Dan Ewing (Power Rangers R.P.M. series 2009), and Boy returns to help save the day. The entire cast does a nice job settling into their roles, which are agreeable but not groundbreaking. This is clearly Love and Monsters greatest flaw, its lack of originality. We are handed clues here and there to what the next scenes will bring ever ten or so minutes, and the tone remains consistent, telling us that nothing particularly tragic will occur to burst the happy bubble the film builds. This isn’t really a criticism, though, as L&M never sets its sights on being anything more than fun entertainment (that’s actually appropriate for the family!)

The script, crafted by excellent scribe Brian Duffield (Underwater 2020, The Babysitter 2017) and Matthew Robinson (Dora and the Lost City of Gold 2019), has plenty of humor and doesn’t make many glaring mistakes. This might be because so many of the plot elements are ripped right out of existing films. Aside from the aforementioned Zombieland comparisons, there are striking resemblances between Joel’s character and Hiccup Haddock, the lead in Dreamwork’s animated How to Train Your Dragon franchise. Like Hiccup, Joel is a nerd, avoids conflict, and must grow to survive a harsh word. Even more like Hiccup, Joel draws and makes notes on all the creatures he crosses paths with inside a notebook, a sort of bestiary that helps fellow travelers. Joel even goes so far as to mimic the “taming” of dragons hand-motion well remembered from How to Train Your Dragon (2010) and its sequels. Unlike Hiccup, however, Joel becomes a little less likeable when he fails to seek out his lost animal companion, which is a small blemish on the otherwise charming relationship between boy and beast. 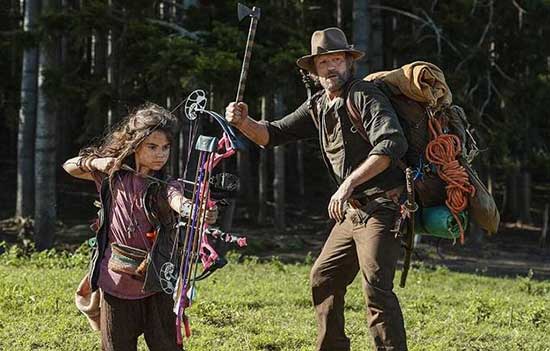 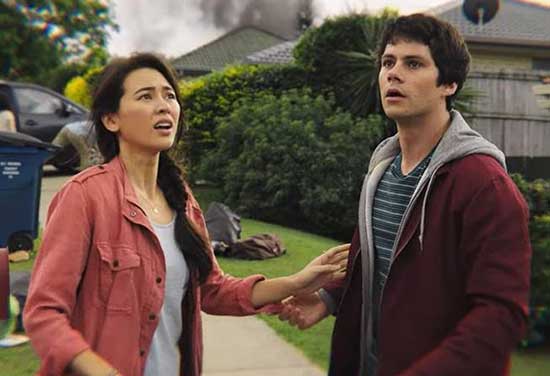 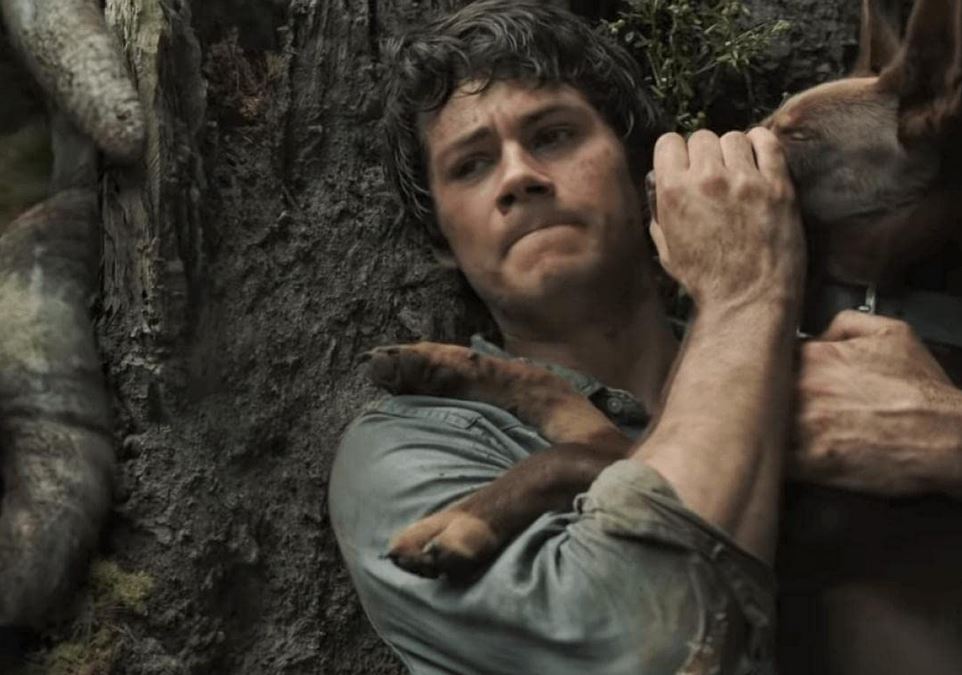 Still, none of this recycled material manages to hamper the enjoyment Love and Monsters offers. The monster designs are great and well animated (with occasional practical effects popping up), and the cast and crew do a fine job making funny conversation and exciting action scenes. If you could stand a pick-me-up in filmic form right now (and who couldn’t?), Love and Monsters fits the bill.