Hello again children, today I’ll be giving you the benefit of something many take for granted, the gift of family. We’ll be diving into the top families in the horror industry, but before we begin, I’d like to preface this list with a quick caveat. This list will specifically list the top horror families in terms of characters in film, so we’ll be less concerned with the actors specifically playing them and more concerned with the characters themselves.

10 – Starting off the list at the ten spot is the infamous Bates’ family. Norman Bates is one of horror’s most haunting figures and he has been portrayed in films as well as television shows alongside his terrifying mother and occasionally his awful father. Norman’s unnatural infatuation with his mother and his internal struggle to fight his own perversity coupled with his mother’s imbalance makes the Bates’ family one of horror’s most terrifying and twisted families. The Bates’ family basically gives the blueprint for cultivating a serial killer and the formula has been terrifying audiences and people in general for years. 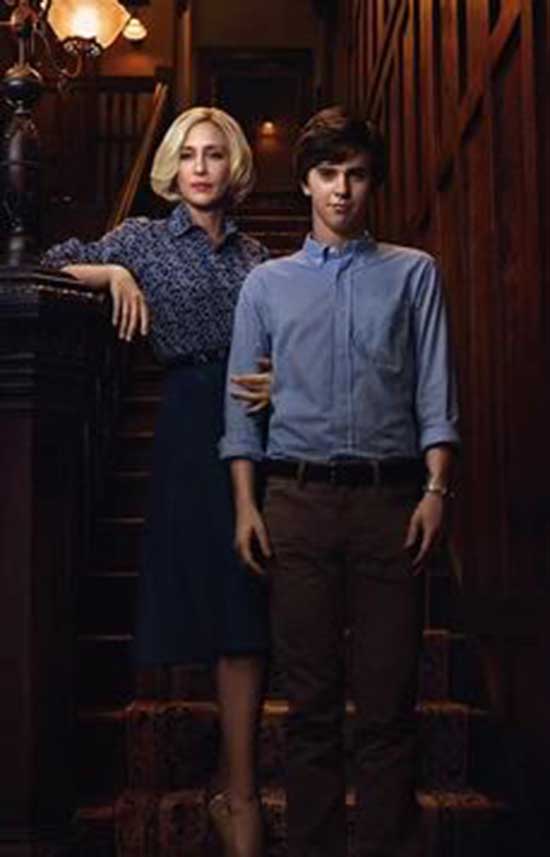 09 – At our oh so, sweet ninth spot on the list is cannibal clan of the 1977 classic The Hills Have Eyes. Papa Jupiter and Mama had some sweet boys, unfortunately those boys like their parents have an unnatural taste for human flesh. This film is inspired by the dreaded Sawney Bean story and was the source of great controversy upon its release. The cannibal family preys on the stranded suburban Carter family, who find themselves far from home and in extremely hostile territory. The intention of this film was to demonstrate how savage humans could become if isolated and it more than succeeds in this endeavor.

08 – At the eighth spot on our list is the Stewart family from The Others. Lead by their matriarch, who is played by Nicole Kidman, the Stewart family are the last ones in the film to find out they’ve been dead for quite a while. This family haunts their former home and fearfully, defends themselves from the new tenants sending audiences through a harrowing experience. By the film’s conclusion viewers are left wondering if they should be a little more empathetic toward our spectral friends. 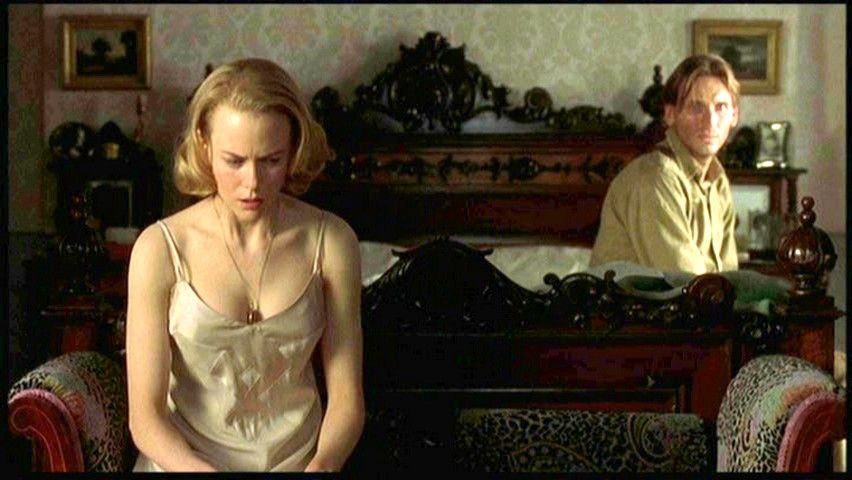 07 – The seventh spot on this list comes from the classic by Tobe Hooper, the Sawyer Clan from Texas Chainsaw Massacre. Not only are the Sawyers cannibals they have a muscle-bound, deformed, chainsaw-wielding madman hunting up their food. Inspired by the story of Ed Gein and a few other serial killers, Leatherface and his family spawned an entire franchise of films that left audiences in terror that they may hear a chainsaw while roaming the woods. 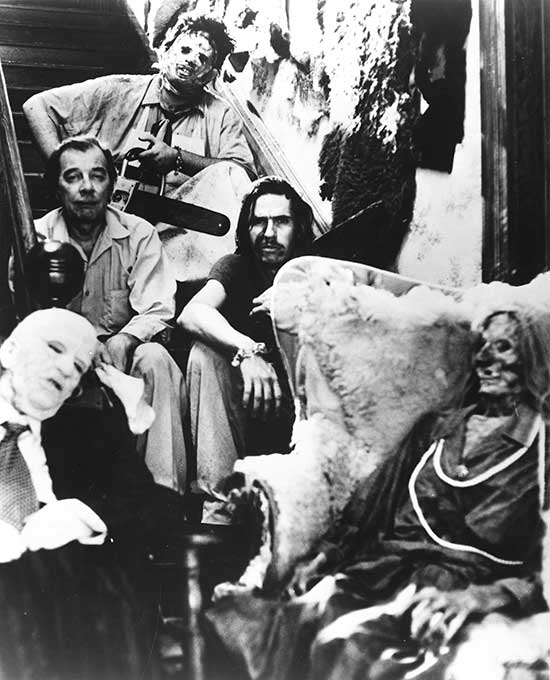 06 – The Firefly Family takes the sixth spot on our list. This family of lunatics takes up refuge in an old farmhouse after flying the asylum and waylays hitchhikers through two films, House of 1000 Corpses and The Devil’s Rejects. Led by Otis Driftwood, Mother Firefly, and Captain Spaulding, this family has its victims hoping for a swift death rather than the alternative of being sacrificed to the mysterious Dr. Satan or being used for other dark rituals on the eve of Hallows. 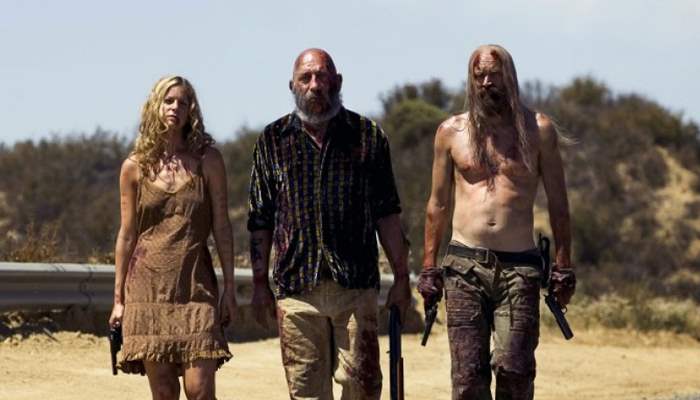 05 – At the fifth spot on our list is the Creeds of Stephen King’s Pet Sematary from 1989. This family meddles with the afterlife when they move in near an old abandoned Indian burial ground. After experiencing the tragic loss of their young son, the Creeds spiral out of control and the power of the old burial ground leaves the family soaked in blood. This family starts out as the very model of a hopeful family only to lead audiences to the dark side in their own desperation. 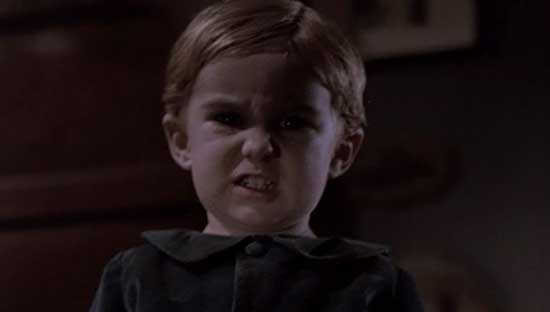 04 – The fourth spot on this list is occupied by the Meyers’ family. Yes, Michael and his family have been terrifying audiences since 1978 in the Halloween franchise. Michael is a nearly unstoppable killing machine who is absolutely determined to drag his sister and any of his remaining relatives to hell by way of a blood-soaked grave at any cost. When Michael isn’t killing everyone in sight, he’s forcing his family members, his own sister in particular, to become monsters themselves in order to survive and eventually defeat him. The Meyers’ could use a little counseling.

Coming in at number three are brought to us by way of the 1976 classic Carrie, the White family. While this family is small it makes up for the with the levels of anxiety, terror, and dare I say at times even the empathy they bring up within the audience. Whether its Margaret White railing on and on about sins to her shy daughter Carrie or Carrie herself going on a telekinetic revenge rampage this family needs more than divine intervention. 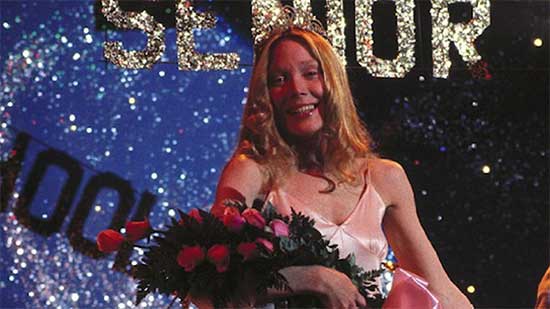 The second spot on this list is the Torrance family from Stanley Kubrick’s 1980 classic The Shining. The Torrance family’s experiences in the Overlook hotel bring out some very unsettling developments. Whether it’s turning the patriarch Jack into an axe-wielding madman, awakening the psychic abilities within young Danny Torrance as the hotel attempts to feast on his power, or turning Wendy into a blubbering desperate mother this film really shows audiences what happens when strain takes its toll on a family. The Torrance family on their own may not all be creepy aside from the undertones of madness and anger given off by Jack Torrance early in the film and Danny’s conversations with his imaginary friend “Tony”, but after they reach the evil grounds of the Overlook it all boils over. 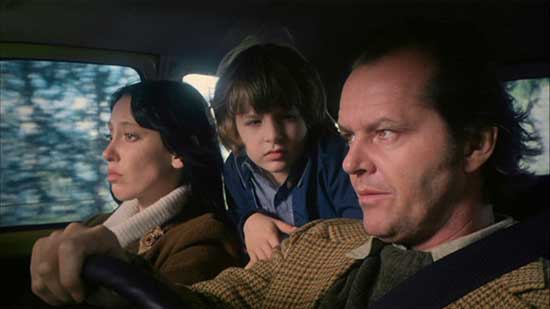 Finally, there is a family that rose to prominence on this list due to their smash-hit performance in the Oscar winning Get Out, from 2017 the Armitages. Forget the fact that the Armitages have been kidnapping young African-Americans to give their bodies to their rich friends as vessels for immortality. The Armitages give off creepy vibes throughout the entirety of the film whether its with their very invasive line of questioning directed toward our hero Chris, the hypnotherapy sessions given by Missy Armitage to Chris and her other victims, or the callousness of Rose Armitage as she goes from seemingly sweet to gun-toting headhunter this family really has a lot of issues to work out. 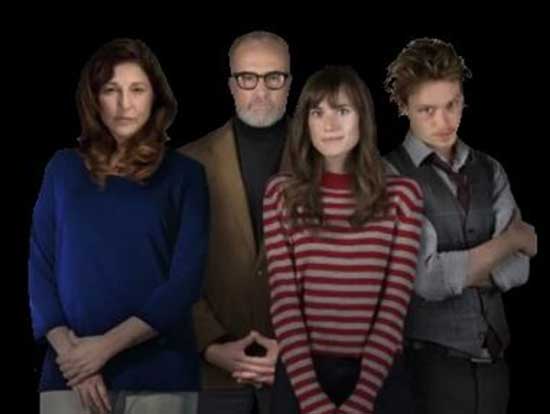 I hope you’ve enjoyed our list and if your favorite family didn’t make the cut, we do apologize, but this was after all a family affair. Family can be complicated, but we at Horrornews.net want you to remember you’ll always be welcome to join our family forever……