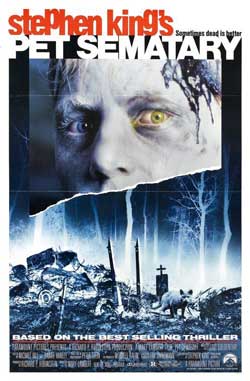 Behind a young family’s home in Maine is a terrible secret that holds the power of life after death. When tragedy strikes, the threat of that power soon becomes undeniable.

Pet Sematary. Two words that every respectable horror fan knows. As a youngster I read everything that Stephen King put out there, and of course this was one of my favorites. Then came the movie. I remember seeing this in the movie theaters and subsequently on television then VHS for many years after. Then, I hadn’t seen it for many years until I was given this to review. So how did it hold up after all of these years? Was is just as cool and scary as I remembered? 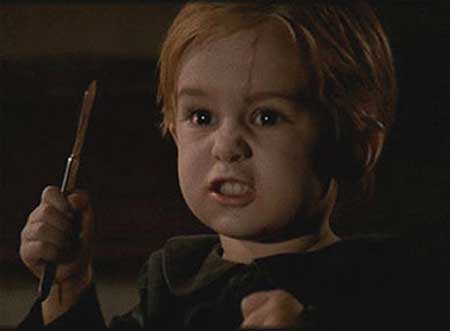 For the most part yes. Part of that I’m sure is fond remembrance of parts that have stayed with me through the years. I still could recite bits of dialogue throughout. Although I will admit there were one or two things in the movie that I didn’t recall happening.

Doctor Louis Creed, his wife Rachel and their children Ellie and Gage are moving to Maine. To have the perfect life in a perfect house. There’s baggage that they’re bringing with them but this is a chance to start fresh. The house is gorgeous, the yard immense, the scenery beautiful. What could possibly go wrong? 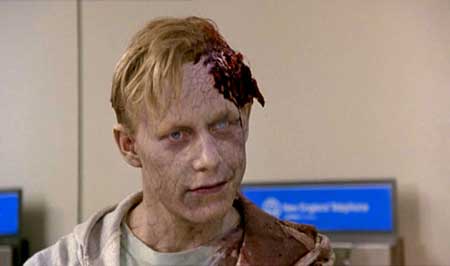 Well, for starters the house sits on a road where trucks zoom by all hours of the day, with little regard for what might be in front of them. And, just over the hill, a tiny path that leads to of all things a pet cemetery. As their neighbor Jud (played by the wonderful Fred Gwynne) explains, most of the animals buried here have been victims of the road, but quite a few have died from natural causes as well. Overall, it is kind of a creepy place. At least Ellie thinks so. But Jud reassures her that a cemetery is a good place, where the dead can still communicate with the living through their markers and headstones.

But it doesn’t take long for the family cat, Church, to meet one of the trucks on the road. Thankfully it happens while Ellie is visiting her grandparents. But how on earth is Louis going to explain what happened? How will he break the news? 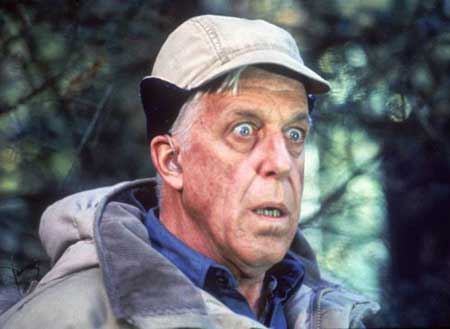 Jud senses his dilemma and offers a solution. Up beyond the pet cemetery lies an ancient Indian burial ground, one that holds a magical power. All Louis needs to do is bury the cat himself and presto, Church will come back, though not quite good as new. You see, when things come back from the other side, they’re not the same as they once were. As Jud so eloquently puts it, “Sometimes, death is better.” And when real tragedy strikes the Creed family, the temptation to use that burial ground becomes overwhelming. 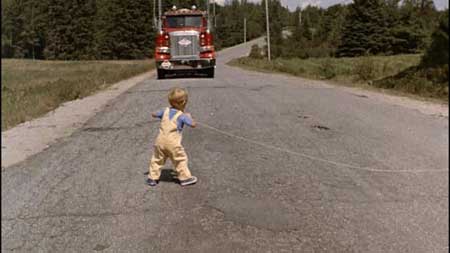 Overall, this is one of those movies that if you’re a horror fan you’ll want to see at least once. It came out in 1989 and for the most part it holds up pretty well. A few effects are cheesy but not distracting. The acting can be a little melodramatic. The one thing I didn’t remember was just how annoying Ellie was. My lord could that girl possibly whine anymore? 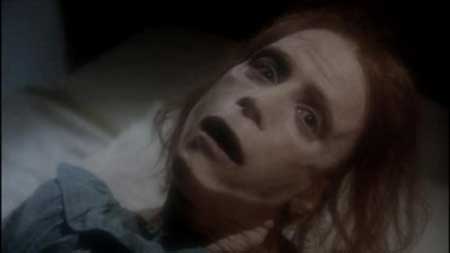 The standout in the cast, bar none, is Fred Gwynne as Jud Crandall, the old man who lives across the street. Through his character we learn not only of the pet cemetery and the burial ground beyond, but of its sordid past. He is an absolute blast to watch and he steals every scene he’s in. 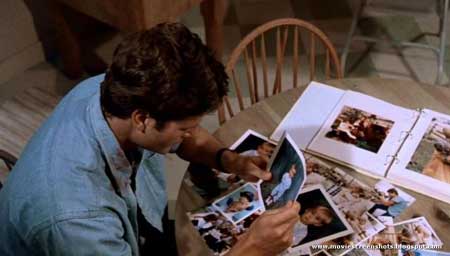 A word must be said about Stephen King. He plays a minister and is in the movie for a total of about thirty seconds. But he also wrote the screenplay. In a way I wish he hadn’t. Mr. King is a great prose writer who knows how to tell a story but he’s not a great screenwriter. Not really a fault of his per say, there are very few writers in the world who can do both. That said, of all of the adaptations, this one is probably one of the better ones. After all, if you want a night of horror, watching a movie based on a Stephen King book is not a bad place to start.