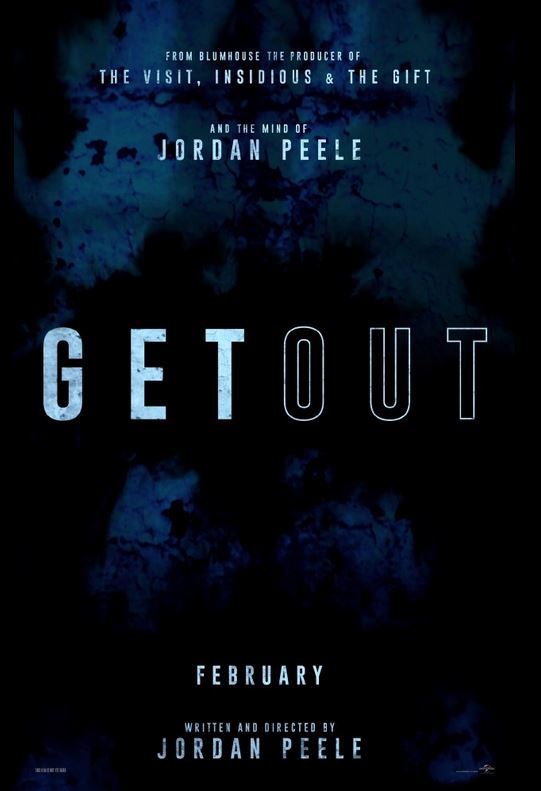 A brilliant new thriller/horror mystery in itself, “Get Out” is surprisingly clever movie directed by Jordan Peele (of Key and Peele comedy series fame). Peele hits the ground running with a fantastic directorial/ writing debut that pushes the envelope and taboo of modern day horror.

It was only after looking into the film’s profile that I realized who the director actually was. Surprisingly, I would have expected Peele’s first debut to be under the comedy genre, but none-the-less “Get out” is a fantastic breath of fresh air and original piece of work injected into 2017’s horror offerings. 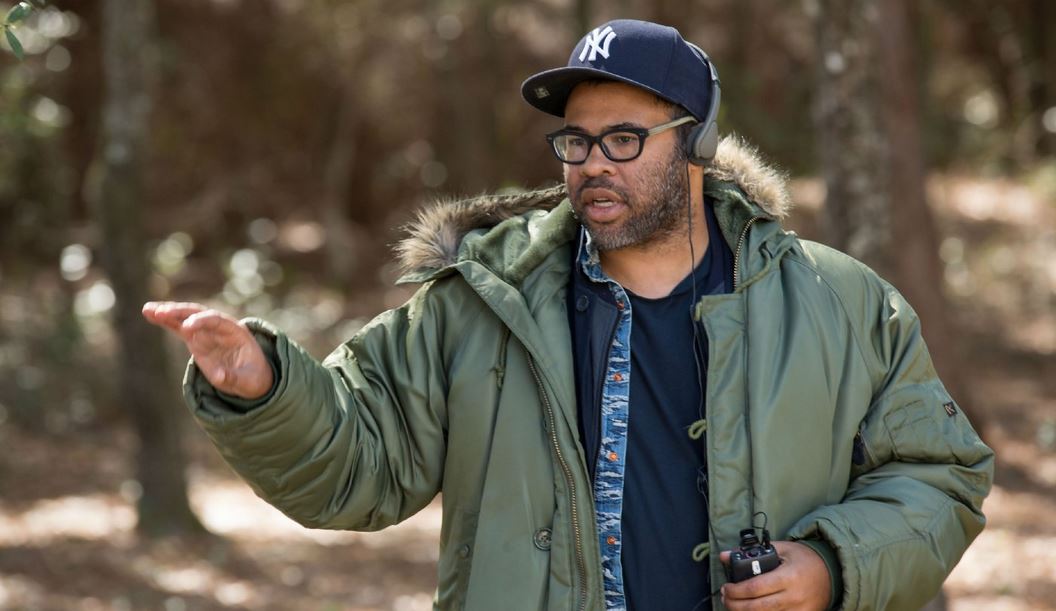 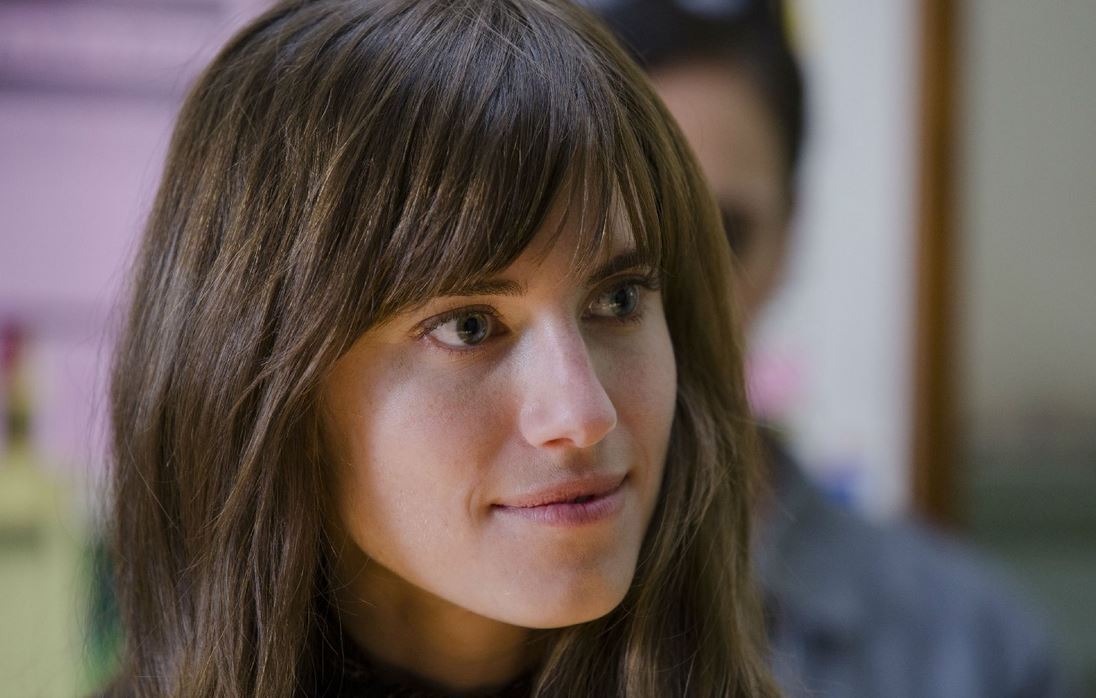 The film holds a smattering of surprises along the way that evolve over the course of the film. However it would be inappropriate to spoil them for you, so rather I thought it best to discuss the film’s general feel and direction.

For clarification, “Get out” is a film that you “think” would erupt controversy over its take on racism and stereotypes. Though I for one feel that these kind of bold moves are what is needed to push the horror genre in new directions. Even with a touchy political climate emerging over the last decade, we have to remember that the horror genre is at its best when it just takes the ball and runs with it. “Get out” wavers back and forth between racist views to reverse-racism and then back again…so at the end of the day there is something in there for everyone. Peele who often integrates this sort of take into his comedy skits takes the typical scenario of a pretty young white girl who has decided to take her (4 month old relationship) black boyfriend home to meet the parents. 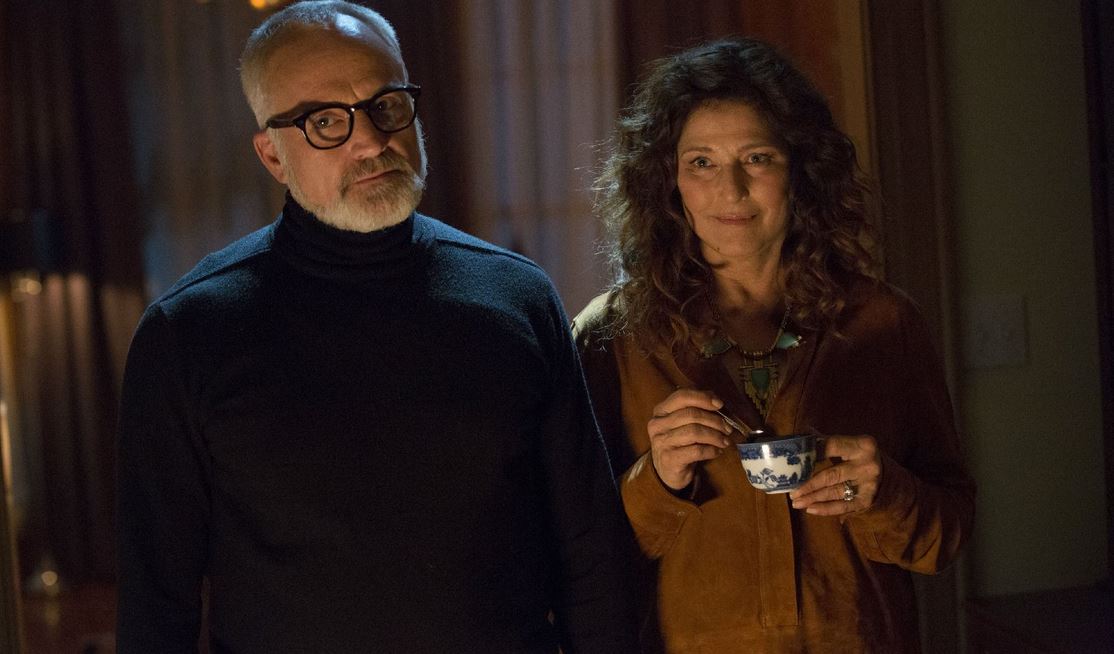 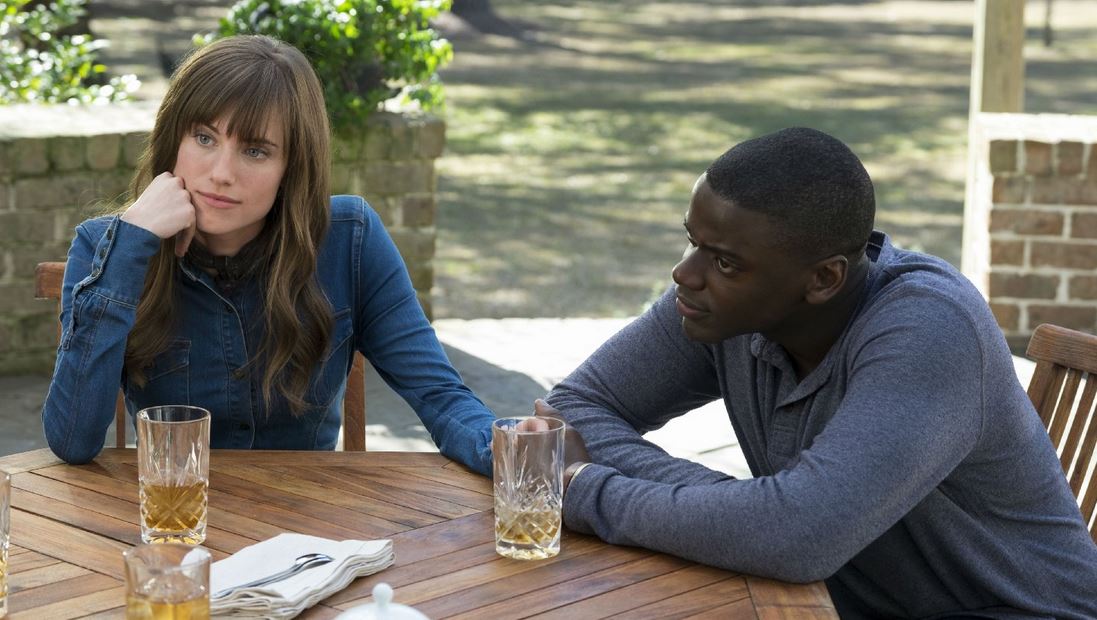 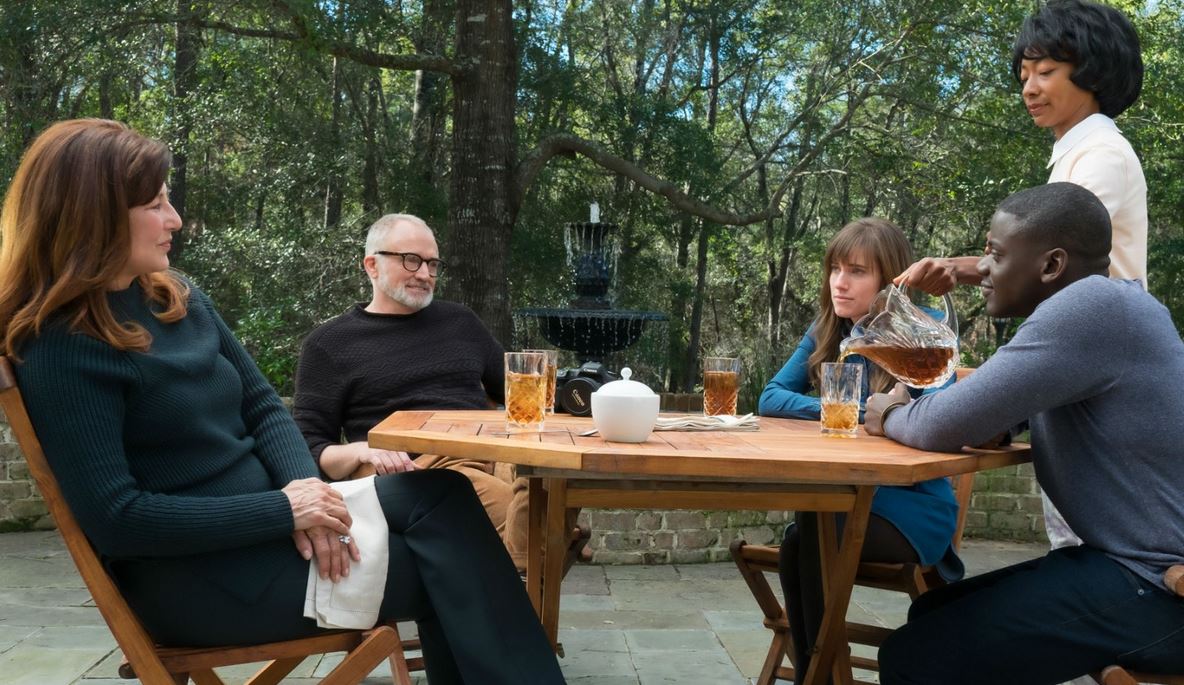 As expected, all “those” discussions take place along the way with the white girl (Rose) defending the black boy’s (Chris) fear of showing up at the doorstep and surprising her parents and their interracial relationship. There is a subtle hint of comedy that’s infused with some of the stereotypes that emerge in discussions making for a sort of ping-pong-like interchange between races.

Allison Williams plays the role of Rose Armitage with actor Daniel Kaluuya paying her love interest Chris Washington. The 2 of them have been dating for a few months leading us up to the “meet the parents” moment they have embarked on. Chris has reservations about meeting her wealthy suburban parents who live out in an all white community at the family estate. However under Rose’s reassurance they hit the road and make the journey out to the homestead.

Rose takes the role typical of today’s society who seem more adamant about defending the black community “for them” in spite of a still mixed view among older generations of Americans. The script is designed to reinforce this fact while the black boyfriend questions things every step of the way. Though this is where the fun starts with the film designed to play on the stereotypes and then turn them upside down. 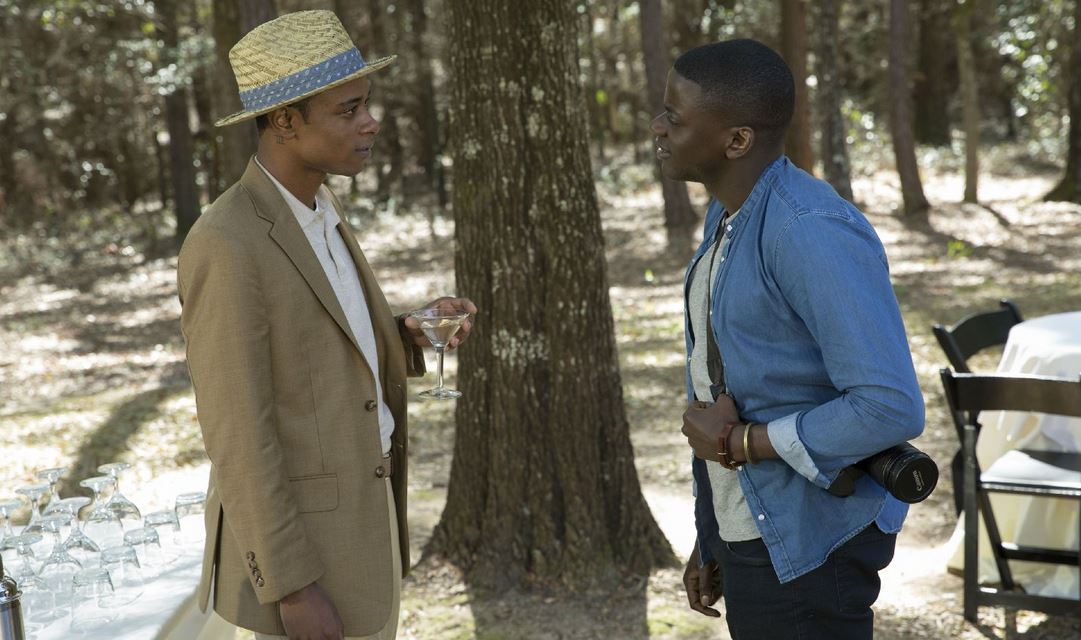 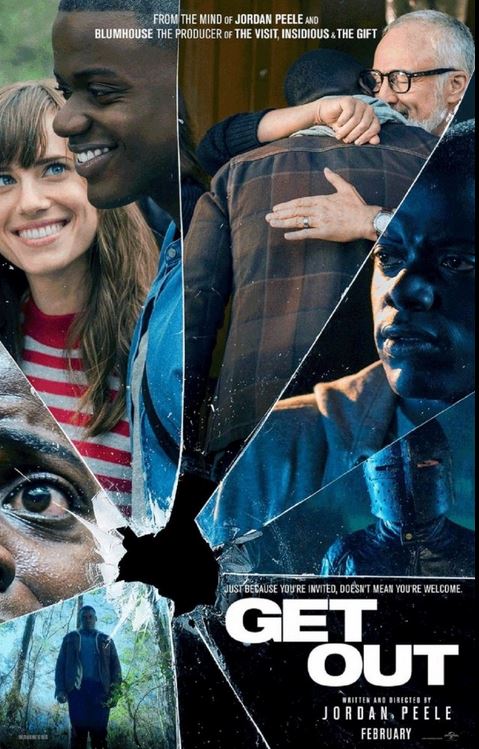 Make no mistake here, the play on white and African American stereotypes makes up the brunt of this film by poking fun at the relationships and perceptions being played out. The result here is an extremely smart interesting horror film rich in new ideas and seeded in science fiction.

It is the arrival of Rose and Chris and the discussions that follow that are really a part of the clever perspectives drawn here. The father making jokes about how he voted for Obama twice and his sudden change of dialog that includes several “my man’s” is a nice touch designed to mess with viewing audience never really letting on to what is really in store.

Did I imagine a different ending? Yes and no.

The film’s ending is appropriate to all the tensions building up, however I do suspect that there is an alternate ending that might have been envisioned (if not realized). In short, film productions have to make certain aspects come full circle especially if they are incorporate stark black and white confrontations.

At the end of the day, “Get Out” is a horror film designed to prod a few perceptions in favor of delivering a brilliant story and script. I’m hoping that Hollywood will take the hint and continue to delve in these directions. The product is presented as fresh and inventive, a trait that is long overdue in many horror productions being shoveled out over the past few years.

Peele is a talent to watch for now that he has thrown his directing hat into the ring. We’ve already become accustomed to his comedic brilliance and acting talents but to experience his seemless knack for directing is a talent we welcome with open arms.

This one is going onto my best horror films of 2017 list. Do yourself a favor and check it out!