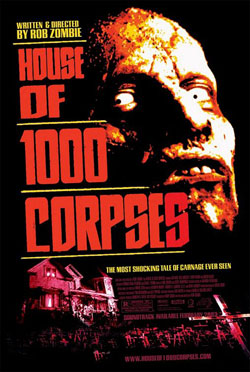 Two young couples wandering across the backwoods of Texas stumble across more urban legends than they hoped for. Their misguided tour takes them to the back roads of America searching for townships where legends of serial killers run wild. They end up as prisoners of a bizarre and sadistic inbred family of serial killers. It is here a local legend known as Dr. Satan is finally located. “House of 1000 Corpses” is bizarre and relentless and not for the young at heart. It has cannibalism, Satanic rituals, missing cheer leaders and 1000+ horrors that await the viewer.

The iconic break out film for (at the time) new director Rob Zombie, “House of 1000 Corpses” is a personal favorite of mine, mostly for its special qualities that cater to old school horror fans. Even with its obvious 70’s influence, it is indeed a modern film drenched in retro roots. From the moment we are introduced to that wacky absurd clown “Captain Spaulding”, “House of 1000 Corpses” stays completely on track with its high visual flair and impressive set decor. We’ve been down this road before in the original “Texas Chainsaw Massacre” movie, though while that aspect (influence) is obvious, it’s presented with care to take us back to the days of careless travelers sticking their noses where their don’t belong. 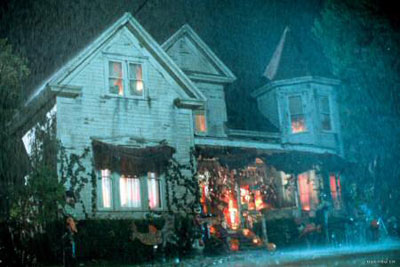 On the get go we have 4 friends on a road trip by the names of Bill Hudley (Rainn Wilson), Jerry Goldsmith (Chris Hardwick), Mary Knowles (Jennifer Jostyn) and Denise Willis (Erin Daniels). As they make their way thru the countryside, they can’t help but pay a visit to the “Museum of Monsters & Madmen” gas stop. Taking notes along the way on obscure getaway locations, it’s not too long before they request information into the where-abouts of legendary serial madman, Dr. Satan’s demise.

Dr. Satan is a legend who is lumped the classification of “Ed Gein”, “Lizzy Borden” and like-murdering company. Though it is the meet up with “Baby” (Sheri Moon Zombie) who they pick up hitchhiking that takes them to the lair of the “Firefly” family. Never was there a more f*cked up group of relatives…. well not since the Chainsaw Massacre or Manson families.

The film wastes no time in introducing stylistic backings against intercut editing that inserts much like a music video. It’s a unique quality that overused can also be damaging, but I think the production crew pulls it off appropriately. With crazy comes the Firefly family and their wacky theatrics that run neck and neck with their murderous practices. 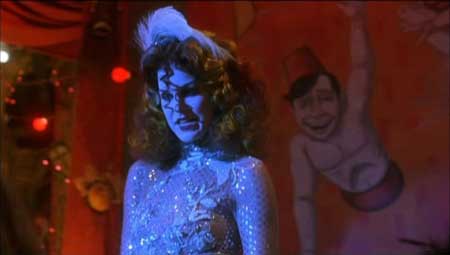 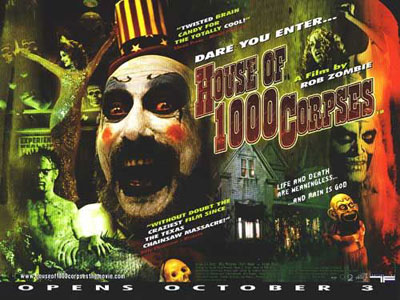 The family seems to embrace their violence with an almost naive sense of pride. We get that sense that they simply know their place while never worrying too much about what the rest of the world might think. It’s that sense, that once you cross over into the Firefly property, all bets are off.

“House of 1000 Corpses” continues with acts of torture, playfulness, interesting monologs and a Halloween showcase complete with comedy and lip-syncing. There are some great scenes in this film that quickly change the mood and scenery into the modes of aggressive behavior and intense acting (mostly on from dynamic actor Bill Mosely) 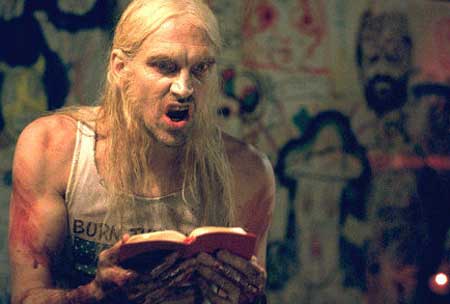 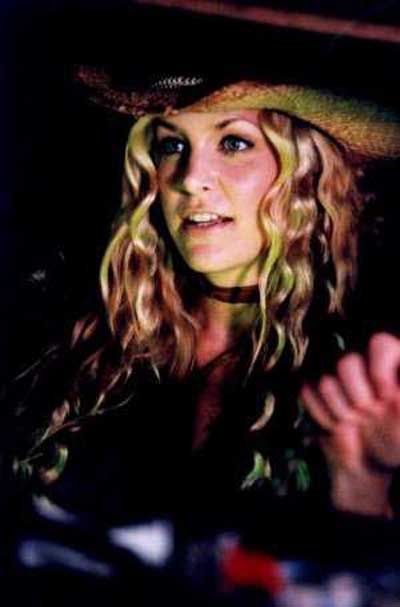 If that’s not enough, the film even has a 3rd act that “feels” like its, its own horror film-within-a-film. The action contains with even weirder characters than the group we started with… Take my word for it, just check it out! It’s a nice surprise that keeps the film moving at 100 miles an hour. Now the great thing about is film is that while it is heavy in violence and chaos, it also holds its structure against a dark sense of humor. We get its influences, but where it takes it all is what makes it even cooler.

Side note: As reported on Wikipedia “The names of the villains were taken from the names of Groucho Marx characters (Animal Crackers’ “Captain Spaulding”, A Night at the Opera’s “Otis B. Driftwood”, Duck Soup’s “Rufus T. Firefly”, and A Day at the Races’ “Hugo Z. Hackenbush”, among others). The film also went to a sequel by the name of “The Devil’s Rejects” which takes a grittier violent approach minus much of the humor and colorfulness of “House of 1000 Corpses“. 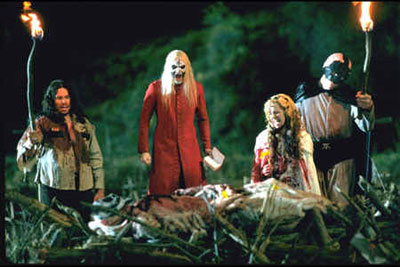 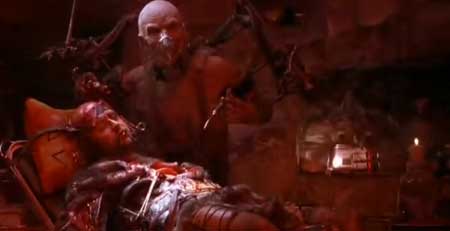 You can’t comment and review this film without commenting on Rob Zombie’s brilliance. The film took a while to makes its way, partly because of some behind the scenes business dram, however “House of 1000 Corpses” really is a classic original piece. I know from talk among the horror-philes that there are those who prefer their horror a bit different (and the wave of mixed reviews), BUT this film really is a model that we (I) only hope others would follow. Its zany, dark, evil, light, goofy, extreme….and with all those factors it simply works in its own comfort zone. “House of 1000 Corpses” is a one of a kind freak-fest indeed!