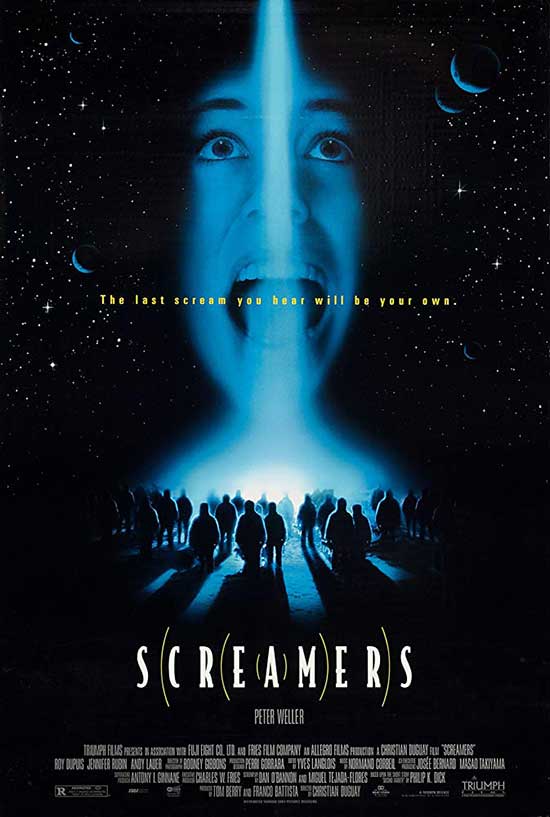 If you have not seen “Screamers” (1995) and wish to see the film without prior knowledge, please be aware that the following review deals with a number of major “spoilers”. Oh, Hell, I give away the end of the film. If you read past this warning, please do not cry, “You ruined the movie for me!” 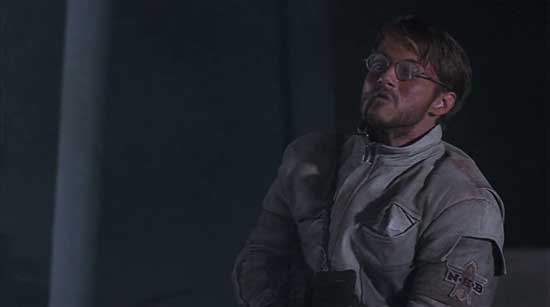 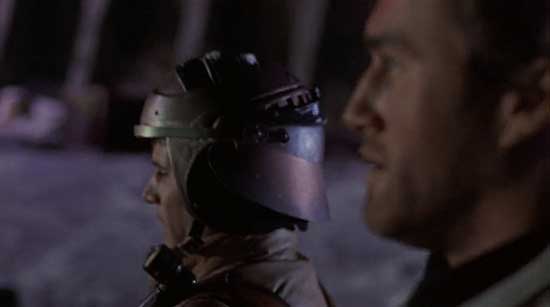 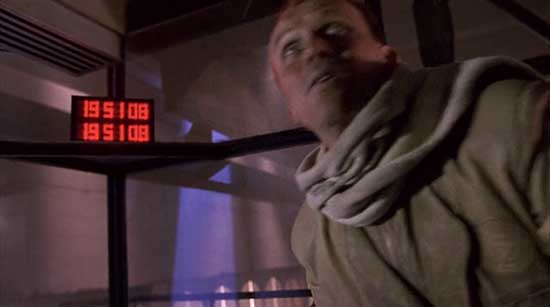 I have said in previous reviews, either here and/or on my blog, that one of the biggest problems I run into with movies is nostalgia. Sometimes I am blinded by my own. Other times, I am misguided by other people’s nostalgia. This is the biggest reason I still haven’t watched “Labyrinth”. I want to watch it and enjoy it, but I have decades of other people telling me how awesome it is, how it moved them, and that it influenced their childhood greatly.

How the Hell can any movie live up to that? “The Matrix” and “Jurassic Park” sure did not, and I didn’t have to listen to more than a few weeks of mindless praise for those films.

“Screamers” caught my attention when it originally came out. I enjoyed Peter Weller in other movies, and I openly admit to finding Jennifer Rubin to be kind of my dream “bad girl” type. Add the fact it was based off a Philip K. Dick short story, and I was sold. Sadly, it fell off my radar due to various reasons. 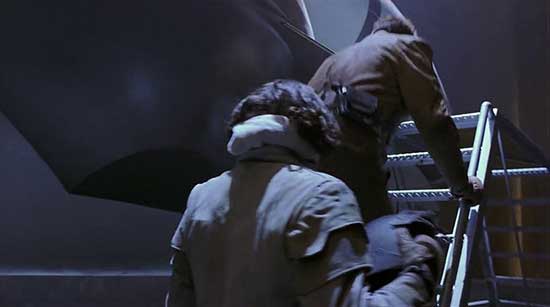 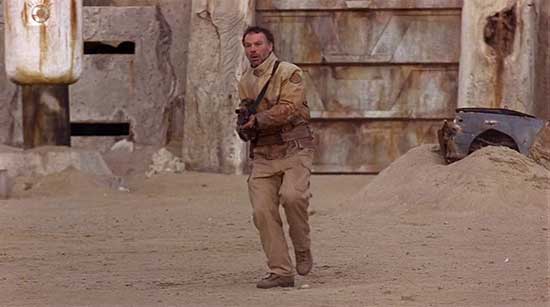 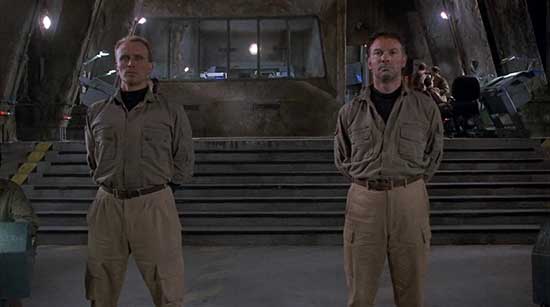 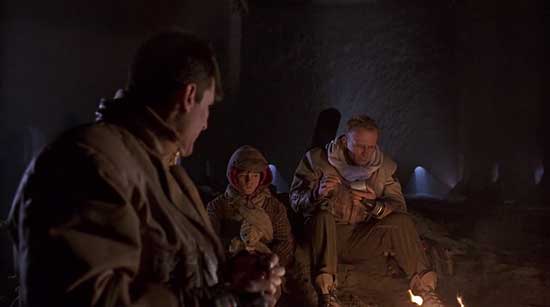 Years later, I have heard many glowing comments from those who are part of the cult following this film has developed. “So intelligent. So well written. And those twists!” Over and over, in many variations. Heck, most of the posted reviews on imdb.com are favorable towards the film, and they echo the same points driven into my head concerning this film for the last 20-plus years.

Before getting down to details, let’s get an idea what the film is about.

A distant planet, Sirius 6B, is explored, and an element that will provide all needed power for all of Mankind is found there. Unfortunately, the mining causes clouds of lethal radioactive materials to fill the planet’s air. When the miners, and most of the major powers off-world, demand that mining stop to protect the citizens of the planet, the N.E.B., the power bloc gaining the profits from the mining, goes to war with the planet to keep mining going.

The miners form the Alliance to fight back. Somehow, they make a deal with a company back on Earth for a large number of autonomous security devices known as “swords” by the company, but called “screamers” because of the high-pitched shriek the spinning blades on the units make. The Alliance troops wear “tabs” that block their heartbeat, which is what the screamers use to locate and destroy enemies.

The war has basically reduced the planet to a wasteland with toxic air and little of value left.

When the element in question is found on a different planet and can be safely extracted without destroying the planet, the N.E.B. offers a peace accord on Sirius 6b. 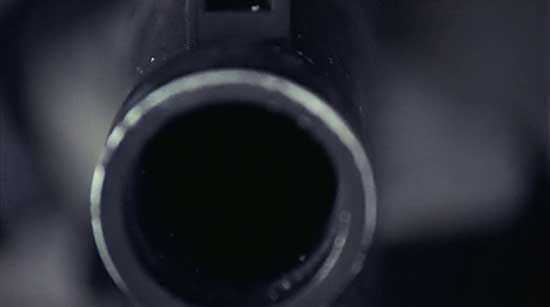 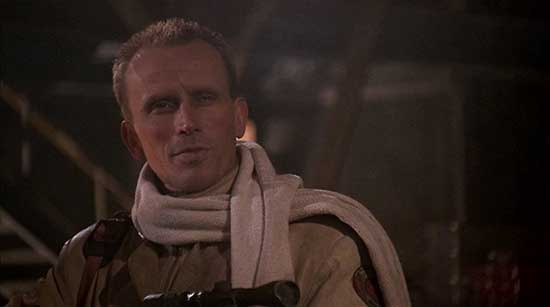 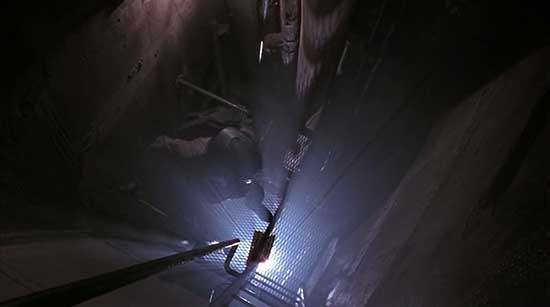 When the Alliance commanding officer and potential military terrorist team up to travel to the peace meeting, they discover a number of things they were not aware of, such as the screamers have been multiplying and evolving as well as the fact that Sirius 6B is meant to be written off as a bad “investment” now that there is a clean source of energy. That means those still alive on a sewer of a planet must now contend with the evolved screamers who now appear to be all too human.

When a movie has an opening narration, there should be a rule to never use the phrase “beyond imagination.” Someone thought it up and wrote a script, so it isn’t BEYOND IMAGINATION!!!! Maybe it is beyond the imagination of those on the planet, but your text should say that.

Off to a bad start and it’s just the opening narration.

Most of the first half is talk. A lot of talk. I have no problem with valid information and exposition being offered up in the right context, even if it is in large volumes. When you aren’t given any characters to care about (it’s takes over half of the film to even start liking Peter Weller’s character even though he is supposed to be the connection point for the audience) or visually compelling environments (remember the phrase Trump used for certain third-world countries?) or even creative use of dialogue (not sure even David Mamet or Tom Stoppard could juice up the dialogue here), wading through lots of conversations becomes trying. Not even Andy Lauer’s comically-confused facial expressions can keep the dialogue from weighing the first part of the film down.

Once Weller and Lauer leave for the peace accord, the film starts to settle into the meat of the plot. They discover what appears to be a little boy who has somehow survived the “screamer” attacks. Nope, not odd or suspicious in the slightest. Let’s just ignore the fact the kid doesn’t understand what “screamers” are. We’ll do all that so the next big plot event will come as a shock to those who are stumped, on a regular basis, by “Murder She Wrote” episodes. 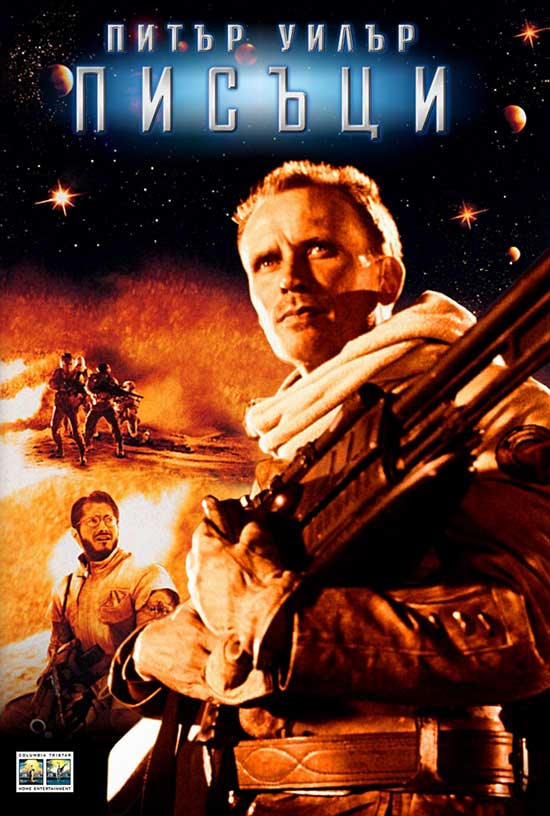 Screw it. The kid is a new version of the screamers. An evolution of sorts. Weller compares the chips from the basic creature, a slightly modified version of the basic creature, and the young-boy model. Base model is Type 1. Enhanced version with longer body and attachments is Type 1A. The young kid is Type 3. Weller wants to know what Type 2 is like.

Supposedly, Type 2 is one that could easily pass for a human being. So, the screamers jumped from simple efficiency in Type 1A to a nearly perfect human replica in Type 2 but then massively dumbed down Type 3. Why? Other than to generate supposed tension, there is no logic here. If Type 2 was convincing enough (given the example from the film, Type 2 would blend in at a college frat house), why backtrack to a simpler model? For sympathy sake? Doesn’t make sense, especially when we find out the screamers have already advanced to a superior model in the convoluted ending.

If I am going to pick this movie apart on the illogic of the screamers, let me throw this out: Where are they building all these human-like screamers? Where are they getting the supplies to build the new models? Based on what we are seeing, humans don’t have that level of technology, so why would devices designed to zero in on a heartbeat and then attack until the heart stops suddenly develop mining, chemistry, psychology, and advanced engineering skills over what the film suggests is less than 15 years with the intent of killing humanity AND finding a way off the planet? If they can create an imitation of a human with flowing blood and so on, I think building a freaking ship to transport themselves to Earth would be a heck of a lot easier? 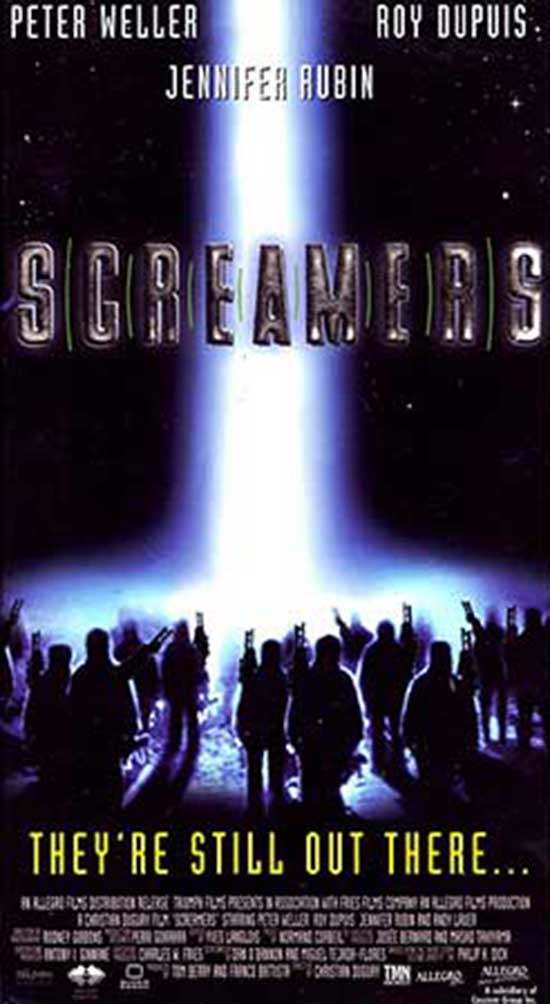 Oh, I forgot about “movie logic”, which is an oxymoron in this film’s case.

Honestly, by the time the largely empty “action-packed” ending with a twist rolled around, I didn’t even try to keep up with the additional twists. I just kept thinking about how Carpenter’s “The Thing” pulled the whole “who is real or not?” thing off much better from a script perspective.

Okay, I did not care for the film. I will say that Weller picked an interesting direction for his character and he carried it well until the ending forced somewhat contrived actions on him. Jennifer Rubin was wasted in a role that gave her one real acting scene in the midst of just being in the shot a lot. The director, Christian Duguay, made good use of location to give a feeling of hopelessness and decay on a tight budget. Andy Lauer was actually much better in “Caroline in the City”, and I freely admit to watching the whole series, just for Lea Thompson. Wowsers!

“Screamers” could have taken a high-road and been a low-budget film with an intelligence of “Solaris” (the 1971 version). Instead, it attempted to be more Hollywood, and the two did not combine well, in my view. Still, it is worth a watch if you don’t spend too much time thinking about it.