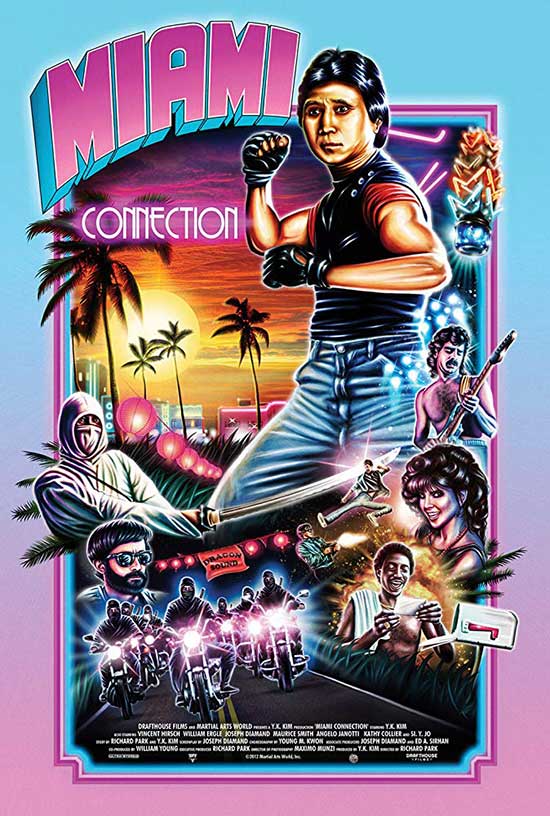 A martial arts rock band goes up against a band of motorcycle ninjas who have tightened their grip on Florida’s narcotics trade.

The Miami Connection had a kind of strange journey. An independently made martial arts film released originally in 1987, it got a pretty crappy critical reception and flopped at the box office. It remained in relative obscurity until just a few years ago when Drafthouse Films saw fit to restore the movie and release on DVD and Blu Ray. From there, the movie gained a cult following. The question, then, is whether or not the film is worthy of its cult popularity or your time. 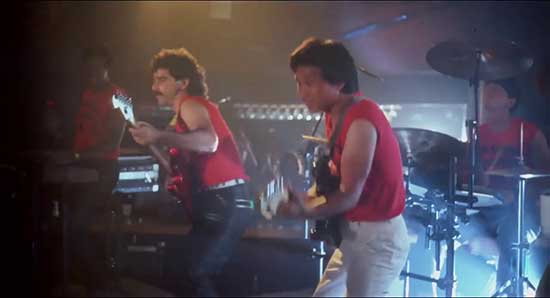 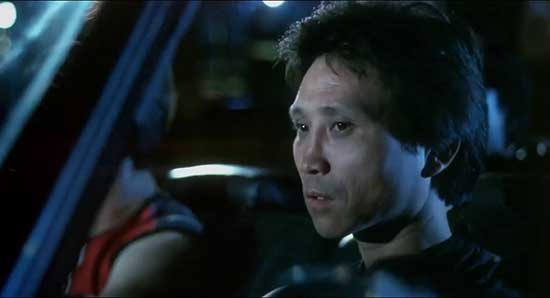 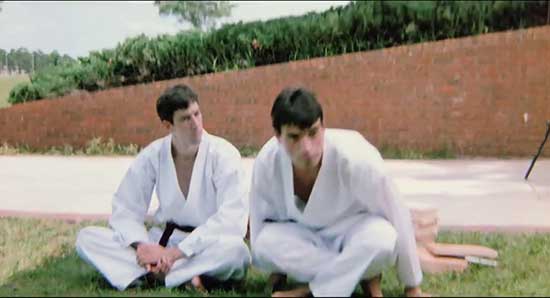 This particular piece of cinematic insanity, a dude name Yashito is the leader of a clan of ninjas. However, these ninjas are also a motorcycle gang, because I guess Yashito thought being black-clad legendary assassins wasn’t badass enough. They murder a bunch of drug dealers in Miami and steal their cocaine and bring it to Orlando. In the meantime, Yashito’s buddy, Jeff, starts causing trouble for a new band called Dragon Sound. Dragon Sound just became the regular act for a club in Orlando, and Jeff’s sister has been hanging out with the group. He’s not happy with seeing her hang out with the musicians, so he starts working with another rock group that used to work at the Club to create problems.

Luckily, the members of Dragon Sound all practice Taekwondo, and Mark (Y.K. Kim), their leader, is a master of that martial art. These guys are all friends, college students, and roommates who try to have each others’ backs when push comes to shove. When Jeff and his crew find themselves outmatched taking on our heroes, he begins to resort to more drastic methods to take care of them until he ends up getting killed. This angers Yashito, who goes after Dragon Sound with his band of biker ninjas. 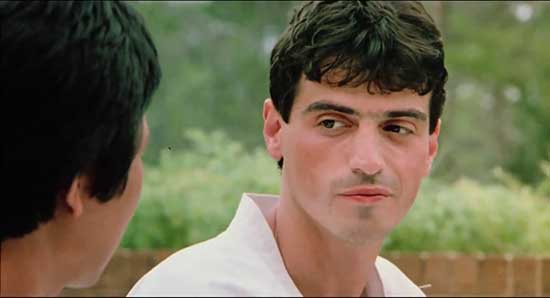 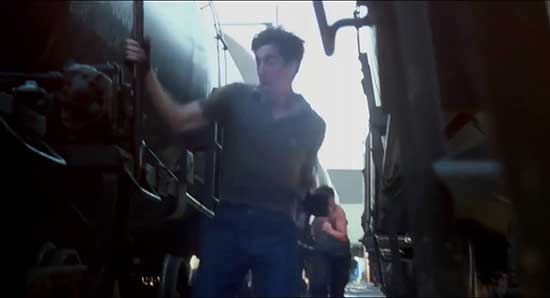 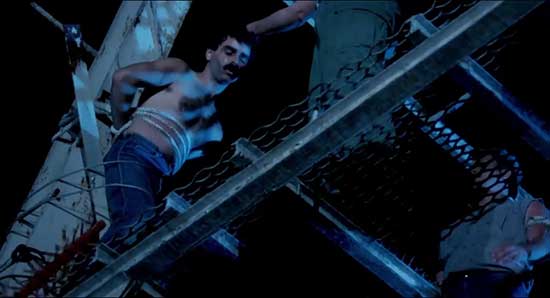 Miami Connection is a wonderfully crazy movie. Y.K. Kim, who not only starred in the movie but co-directed and developed the story, seemed like he was trying to give out a positive message about subjects like friendship but then will have the movie descend into utter bloody chaos. Any positive message that he may have been trying to provide wouldn’t be hurt too much if the fight scenes involved him and his group beating guys into unconsciousness when there was no other option. However, the climax gives us a massive battle where the ninjas are graphically slaughtered as some of the members of Dragon Sound cut through their foes with katanas to avenge one of their comrades. Granted, there had been a few violent action scenes before this, and each one did serve to further up the ante. However, the over the top violence of the final battles clashes too much with Kim’s attempts at being inspirational.

Don’t get me wrong, however, that ending fight was gleefully nuts and I loved it.

The writing, of course, is wretched. The dialogue is awkward and clumsy at best, and hammered crap at worst. Which is kind of appropriate since the acting can be described the same way. Watching some of the “actors” try to do anything that remotely approached acting was painful to view. No one onscreen showed any capability to emote in a believable manner. If anything, the performances become a source of unintentional laughter as the movie progresses. 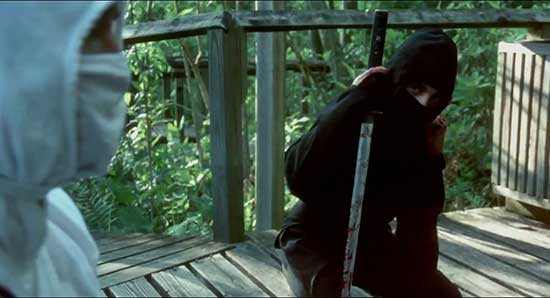 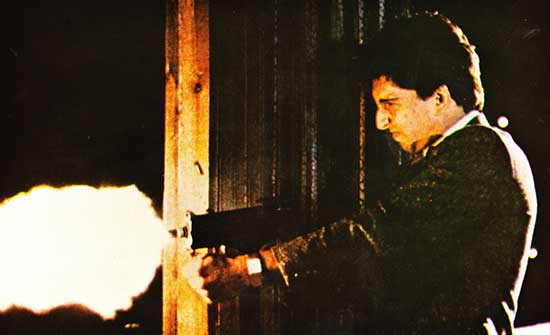 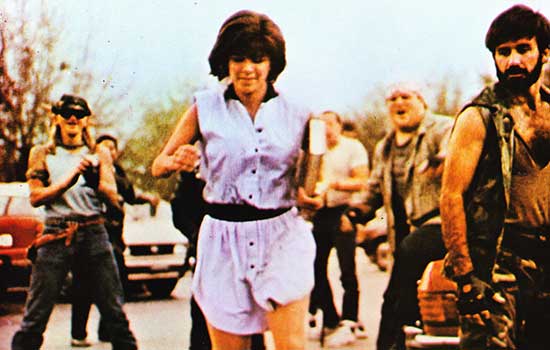 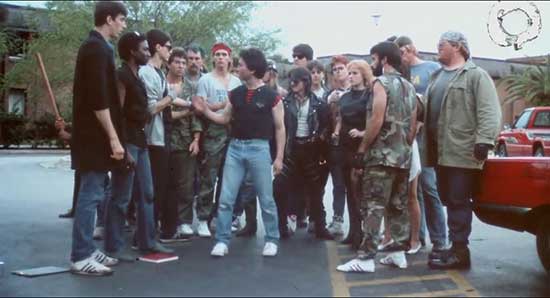 Another issue is that the fight choreography is a bit spotty. In some scenes, it’s kind of sloppy, which I think has to do with the fact that not all the participants actually had martial arts training, so allowances had to be made. In fact, some of them acted like they had no ability to do any kind of fighting at all. Other times, the choreography is on point, giving some fairly impressive action set pieces. The final battle, which I’ve already touched on, was the most fun if for no other reason than how wonderfully insane it is. It also had some of the best action moments of the entire movie, which goes a long way to save it. 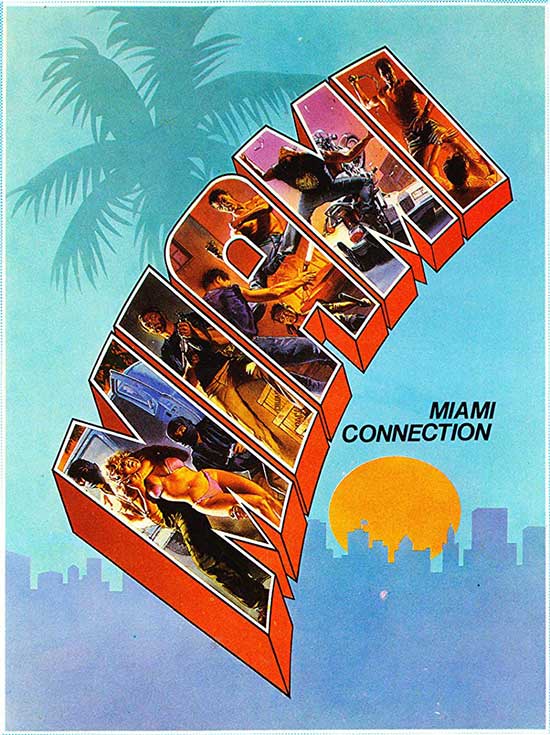 Miami Connection is one of those movies that is the epitome of “So bad it’s good”. Its action set pieces are inconsistent, the acting is terrible, and the dialogue is cringe-inducing. However, it’s crazy and violent enough to be entertaining. There’s also an earnestness to it that makes it strangely endearing in a strange way. It’s definitely worth a watch.