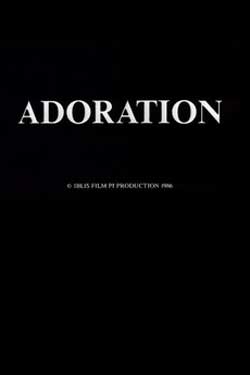 Based on the real life story of Sagawa, a japanese student who killed, dismembered and ate a young dutch girl in Paris.

Adoration is another of the short films that comes in the Cult Epics collection, “Cinema of Death” (also included in the set are films by Nico B. (Pig and Hollywood Babylon), Brian M. Viveros (Dislandia), and Bogdan Borkowski Le Poem)). This film, written and directed by Belgian filmmaker Olivier Smolders, is shot in black and white and clocks in at right about sixteen minutes. It’s a very calm and good looking film, with simple sets and attractive actors (Takashi Matsuo and Catherine Aymerie), that takes a somewhat surprising turn when it reaches its climax. Well, only surprising if you’re not familiar with the story of Japanese murderer/cannibal Issei Sagawa. 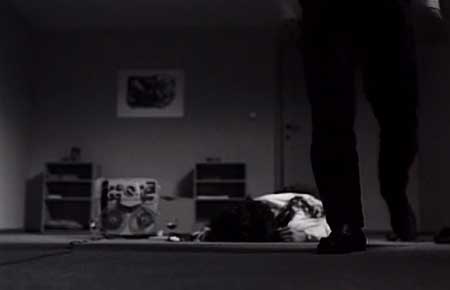 Based on true events, Smolders’ short film is about a young man who looks to have invited a young woman over for dinner. She brings a stack of books along with her, and he shows her that he has set up a camera to record their evening. They have dinner, then some wine, and then he sets up a microphone and a reel to reel and records her reading some poetry. Next is a little more wine, a little more poetry, and a kiss on the cheek. But when he pushes for more, she says no and insists on sticking to the poetry readings, which apparently disappoints him greatly. He leaves the room, comes back with a gun, and shoots her in the back. Then things get weird. 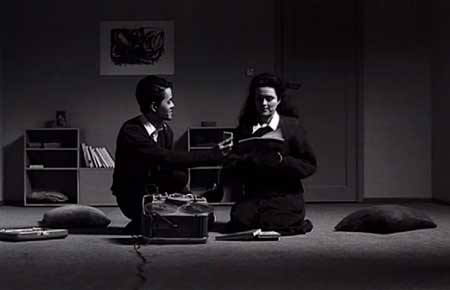 It’s impressive how Smolders is able to portray a truly violent, hideous act so peacefully and artistically. Adoration is very simple, very subtle, and the black and white film only adds to this atmosphere. Pitting the romantic setting, the seductive poetry, and the serenity of the images against the gruesome act that takes place in the climax is what makes this short film something to see. To know it’s based on fact makes it even more disturbing. This is one of those movies where we don’t need twists or clever dialogue – the silence (there is no dialogue aside from the poetry recitations) and the deliberate movements of the actors speak volumes. 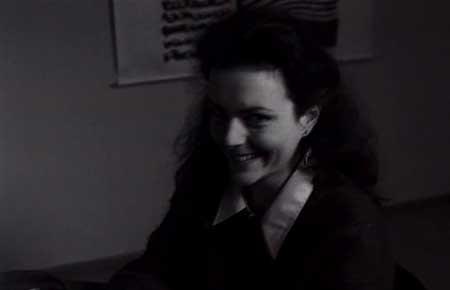 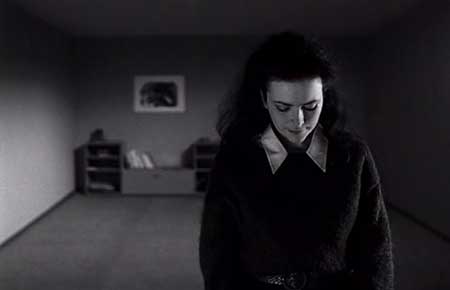 I don’t want to get into spoilers here, but if you know the true story then you already know how this ends. If you don’t, you might find the ending quite surprising, shocking even. I was lucky enough to not know what this was based on, and so when he shot her, it was unexpected, and what he did next was completely out of left field. I personally think it works better like that (not knowing), but either way this is a good film, and well worth a viewing. It reminds me a little bit of something like Buttgereit’s work, not in style but in the way it takes something horrifying and adds a sense of calm to it, distracting the viewer from the violence at hand. I do recommend this film, and I’d go so far as to say that Adoration alone makes the “Cinema of Death” collection worth buying.