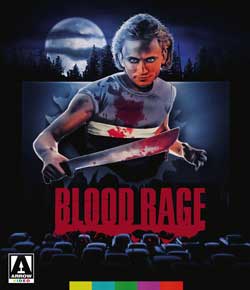 A man goes on a killing spree after learning that his twin brother (who he framed for murder years earlier when they were kids) has escaped from the mental hospital and is heading home to set confront him and set things right.

I saw Blood Rage one night back when I was in high school and thought that it was a pretty decent little slasher flick that never really got any love. I watched it again this weekend and to my relief I thought that it held up pretty damn well and was just as good as I remembered it. I’m not really sure why it is so overlooked and basically ignored by most horror fans as it has an interesting premise, some great death scenes, and is just loads of fun in general. It has all the necessary ingredients needed to make an awesome slasher flick and I think that it deserves a lot more respect than it gets for a number of reasons. 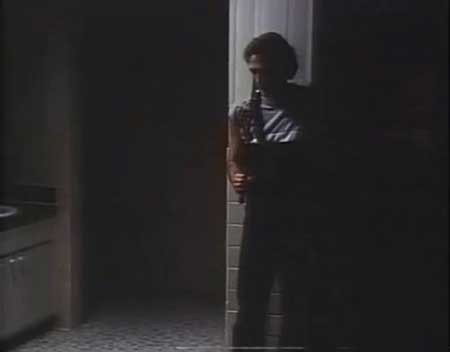 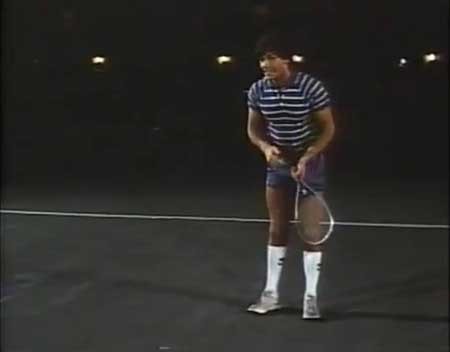 I had a great time watching it again and to be honest I think I enjoyed it more this time around than I did the first time I watched it all those years ago as a scrawny fifteen years old with a mullet and dreams of becoming a professional wrestler after high school. 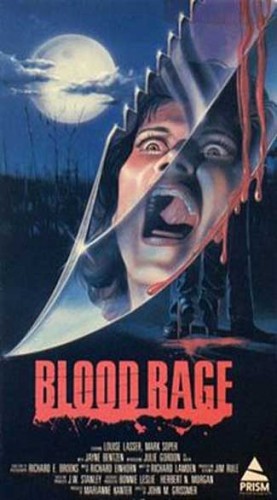 One of the things that really works for Blood Rage is the plot. I love the idea of a demented kid killing someone and then pinning the whole thing on his twin brother who just happened to be there at the time (he literally hands the murder weapon to him as he stands there looking on in shock and he gets caught holding it). No one ever suspects that Terry is the actual murderer and his poor brother Todd-who is completely innocent and the more mentally stable of the two-gets committed to a mental hospital for a horrible crime that everyone thinks that he committed. I like that Terry gets away with it (even though it is obvious that he is psychotic, a secret that he does a good job of hiding for many years) and lives a normal life with his overbearing mother while his poor brother pays for what he actually did even though in reality he would never do anything quite so terrible. I always thought that this was an awesome concept and I have to give props to Mark Soper for playing both roles as he does an excellent job of bringing both brothers to life. 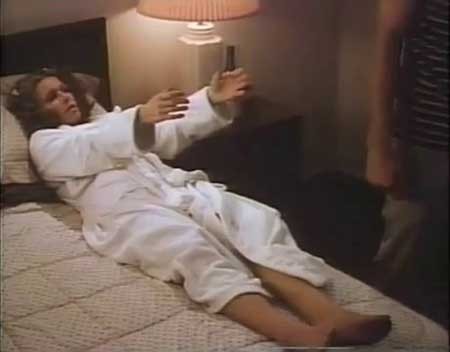 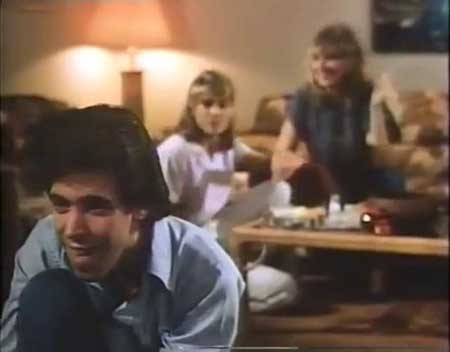 I also love the fact that this movie has a lot of really kick ass death scenes. Terry doesn’t mess around when it comes to taking out his victims and I enjoyed watching him go to work. Channeling Jason Voorhees, his favorite weapon is the machete and he does a hell of a lot of damage with it. He cuts one guy’s hand off (before splitting the poor bastard’s head open off screen), slices a woman in half at the waist, and decapitates someone else. All the death scenes are fun, surprisingly bloody (I saw the uncut version), and look great considering the time the film was made (it was actually shot in 1983 but not released until 1987). If you are looking for a fun slasher with some pretty awesome death scenes then this movie is definitely for you and you won’t be let down (loved the bit with the carving fork to the neck). 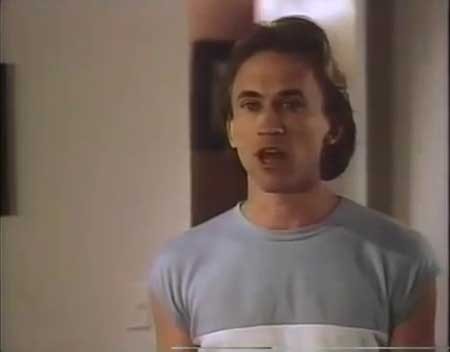 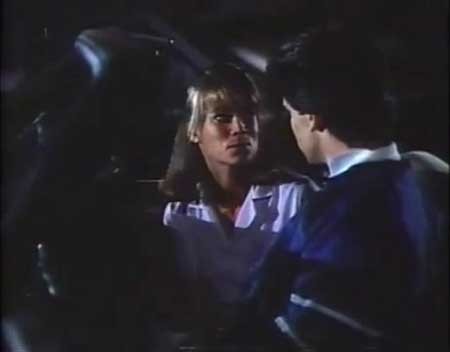 I thought that the ending was pretty cool as well. It ends on an ambiguous note as the viewers are left to guess what happens next. The film ends after the big confrontation between the brothers and Todd’s fate is left wide open. Does he go back to the mental hospital? Is he arrested? Is he still somewhat mentally stable after all he has been forced to endure thanks to his brother? The film leaves things open-ended and doesn’t give any real answers in terms of what happens next. 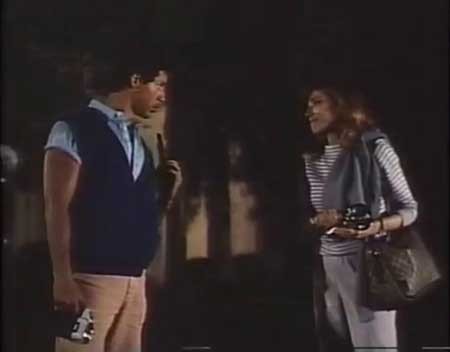 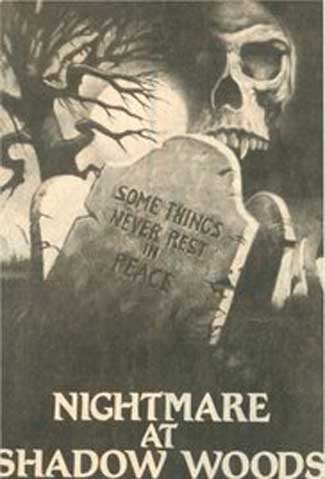 I thought that this was a nice touch and while I like to think that Todd goes on to have a normal life (or at least a somewhat normal life) I have my doubts. I really wish that they had done a sequel to this film that picked up right where the movie ends ala Halloween 2 but it unfortunately just never happened. I would have loved to have seen a follow-up film that showed Todd-completely and utterly out of his mind at this point due to everything that happened to him- picking up where his brother left off and going on a killing spree of his own. Such a movie will most likely never happen but I can dream, right? 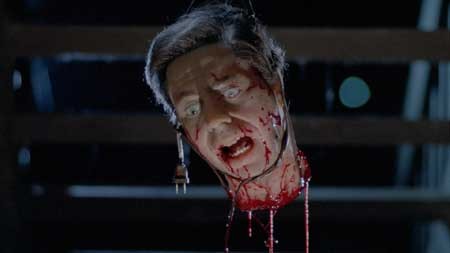 Blood Rage is an underrated classic 80’s slasher if you ask me and hopefully it will one day find its audience and get the following that it truly deserves. I don’t know a lot of my fellow horror fans who have actually seen it and that is a shame if you ask me because it is worth checking out. Do yourself a huge favor after reading this review and go hunt down a copy of it because I think that you will enjoy it as much as I did. Highly recommended for people (like me) who have a special place in their hearts for 80’s slasher flicks and for people who just enjoy a great horror film in general.   In the mood for a true hidden gem? Then watch this movie as soon as you can.