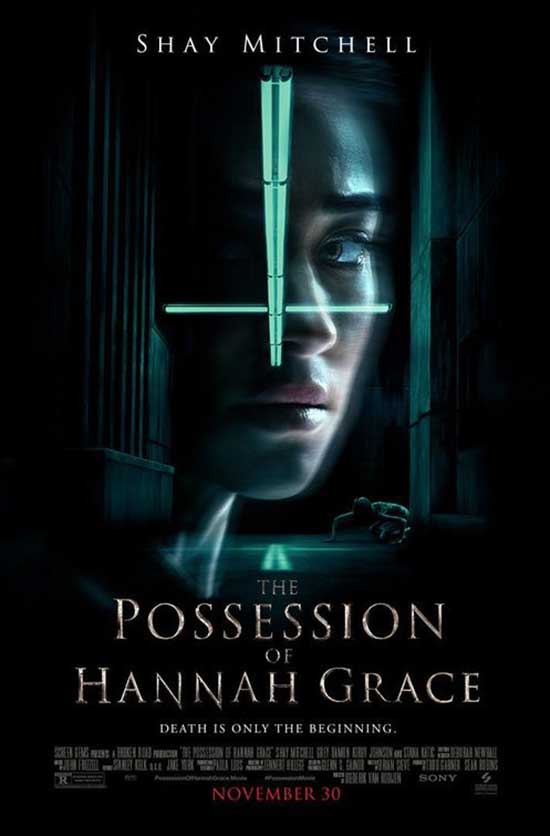 When a cop who is just out of rehab takes the graveyard shift in a city hospital morgue, she faces a series of bizarre, violent events caused by an evil entity in one of the corpses.

The 2018 film, “The Possession of Hannah Grace” arrives on the ever popular notion of scary demonic films that turn innocence quickly into a metamorphic, bone twisting, gargled voice-talking, power invoking thrill ride usually under the host of a young women/female.

I first caught wind of this film theatrically over the summer as part of the recent resurgence from studios trying to cater to thrill seekers who have encountered such themes in the past. Of course we all root this interest in the 70’s Exorcist/Omen eras, but more recently you might better compare them to demonic possession moves that run the gamut of films such as “Constantine“, “The Conjuring“, “The Nun“, “The Possession“, “The Exorcism of Emily Rose“, “The Last Exorcism“, “The Unborn” and yes even the “Evil Dead” films. The list is exhausting though if anything entices younger and older viewers, it’s the excitement of being scared, jarred, and disturbed.

“The Possession of Hannah Grace” takes on this theme in full embrace as it begins on similar notes of its predecessors. As it has been reported, the movie is based on real stories (but don’t let the facts take away from the fictional elements here). The story was based on a newspaper article about a woman court-ordered to take on community service at a local morgue. The woman did so without any prior training. “The Possession of Hannah Grace” takes things to a different level with the idea of workers who’s employment entail working in the proximity of corpses. This of course elevated by the magic of movie making on the basis of fear itself. For curious readers, there are other articles that detail the level of influence the story had on this film if you decide to pursue further.

The Possession of Hannah Grace is unique in that it used the idea of a possessed corpse serial killer for its core plot. In other words, the body was delivered clearly lifeless despite Hannah’s previous exorcism trauma and physical marks. The 2 elements, a cop who is court ordered to take on a night job is combined with the idea of a corpse coming in that has undergone prior peculiarities.

Despite the obvious horror elements here that deal with nasty demonic residue (left over in even dead bodies) is the more harrowing nature of a graveyard shift position accepting corpses all night long. It was clear to me that the filmmakers were using this notion to enhance the more traditional demonic-themed situations, used in previous like plotlones. This was deployed per usage of eerie lighting and darkened corridors providing the setting for a single worker who has to roam the halls between body drop-offs. 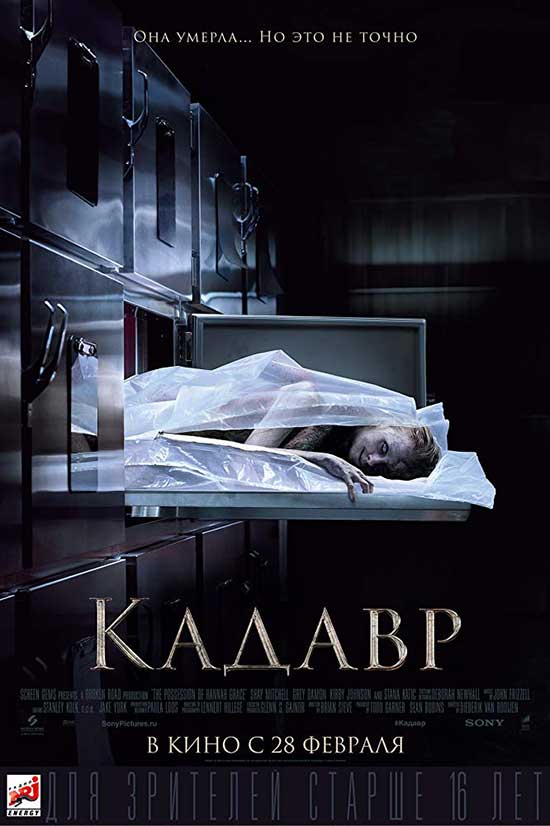 This was one of those production ambiance decisions that while not practical provided an eerie set to set the stage for darker moments. Realistically, the he conditions would obviously be more well lit and void of motion sensors going off and on all night (especially if left to the responsibilities of a sole worker). so you really have to suspend your disbelief in this area and just chalk it up to movie ambiance rather than logical conditions.

Additionally the role of the cadaver/Hannah Grace features actor Kirby Johnson who seems to possess (excuse the pun) the added ability of contortionism. We’ve seen this used quite heavily over the years which again are ramp ups of the famed “spider-walk” used per Linda Blair and then to some degree additionally incorporated in Asian Horror films like “The Grudge” and “The Ring”. I’m sure the behind the scenes extras will cover this aspect deeper and how the filmmakers were enable to make these odd body twisting on screen however if you reference eon of our previous posts, you’ll discover that Kirby does possess that ability in addition to dance/acting skills making her a perfect fit for the role. 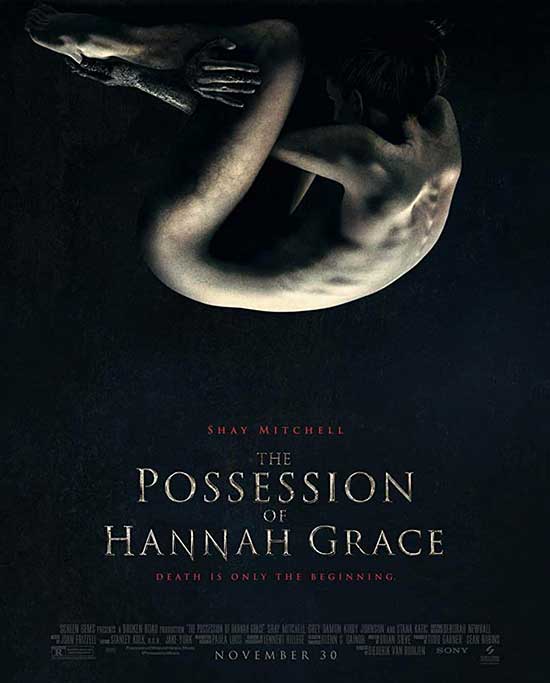 The Possession of Hannah Grace will definitely bring some chills to your table. This supernatural mashup combines traditional supernaturalism with a modern serial-killer-on-the-loose approach. Now for historical purposes, the film originally went under the moniker “Cadaver” which despite being a basic subpar title might be slightly more fitting. Our character does get snuffed out in the first 5 minutes per her father who wants to rid the world of this evil spirit. The story then quickly flips to troubled ex-cop Megan Reed (Shay Mitchell) who takes on a creepy nightshift opening.

As expected the lifeless corpse of Hannah arrives, clearly dead, clearly starting to decompose, and accented by a smattering of slice wounds that appear to be inflicted after her demise. The story really turns when the corpse self heals itself to embark on a terror rampage.

Receiving mostly negative reviews, the film still delivers on the classic stereotypes of scary limb-twisting possessed girls taking things much farther than previous films like “The Exorcism of Emily Rose”.

The elements, setting, and plotlines have attempted something new while also managing to confuse that very intention. My key takeaway is that “The Possession of Hannah Grace” is a solid professional piece making for a good viewing experience, especially for fans of supernatural horror. The film rolls out in a quirky direction that attempts to add a new flavor to the tired “girl possessed” movie cliche. While never really reaching it’s true intention of pure fright, it does manage to deliver some downright creepy moments. 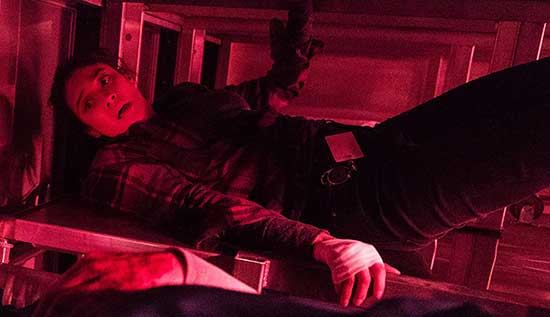 Collectors can place this offering firmly on the ol “Last Exorcism” shelf knowing that it’s not terrible (and might even surprise a few people). Actress Kirby Johnson does a great job with the material, much of which require her to twist a few limbs in odd directions.

I say give it a whirl for it’s originality and potential!