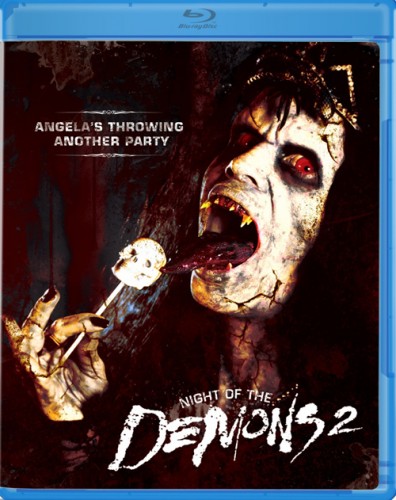 Angela, the universe’s most unpleasant party crasher, returns! Angela’s sister, Mouse, is taken by her bullying Catholic school classmates to a party at Angela’s favorite haunt, and before long, everybody’s being turned into demons and only a butt-kickin’ nun, who wields her ruler like a mighty sword of steel, can save the day..

On Halloween night, a blond, a brunette and a redhead enter a house reputed to be the haunt of demon Angela (Amerlia Kinkade), the black wedding dressed tiara wearing star of Night of the Demons 1 and she is back and more gruesome than ever. This time she’s after her little sister Melissa aka Mouse (Merle Kennedy). And, although the storyline has holes, never fully explaining why, it’s still going to be one frightening Halloween party.

The Hull House has been quiet for a few years now but its reputation and legend still remain, harboring fear through simply mentioning at the local Catholic school where Bibi (Christi Harris), Terri (Christine Taylor) and resident bad girl Shirley (Zoe Trilling) are ruled with an iron yardstick by Sister Gloria (Jennifer Rhodes) and the object of Johnny (Johnny Moran) and Kurt’s (Ladd York) binocular spying affections. 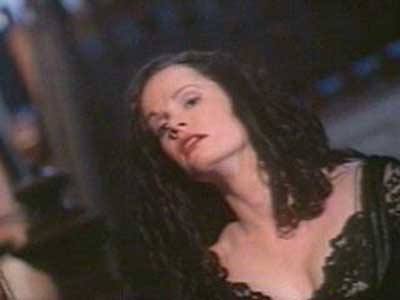 After being grounded for disobedience and not allowed to attend the school’s annual Halloween ball, Shirley decides to hold her own party at…where else…Hull House. With the exception of Shirley and her delinquent boyfriend Rick (Rick Peters) who have other fearful Halloween tricks in mind to play on the others, the couples’ pair off to explore and seek privacy for a little extracurricular activity and all seems to be going well as Rick’s pal Z-boy (Darin Heames), another delinquent, arrives with a prop that will enhance the evening’s planned fun and games. But, anyone familiar with Night of the Demons 1 and Angela in particular knows that the fun is certain to not last. 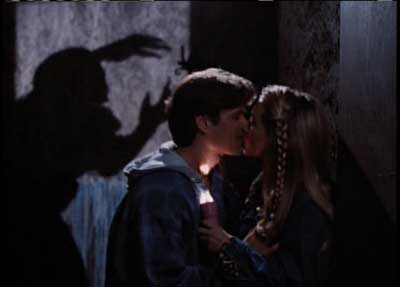 After the prank is played on the unweary, Z-boy’s raging hormones get him into trouble as he unknowingly pursues a creeping shadowy Angela, thinking she is one of the other girls, and gets picked off, turned into a demon by a long tongued gross kiss, much like being transformed into a zombie by it’s bite. Unaware, the remaining few decide to break the party up and head back to the school. Little do they know that the lipstick case Bibi had found inside a bathroom medicine cabinet and taken holds the key or ability for the demons to get out from beyond their reputed underground stream barrier surrounding the Hull House. 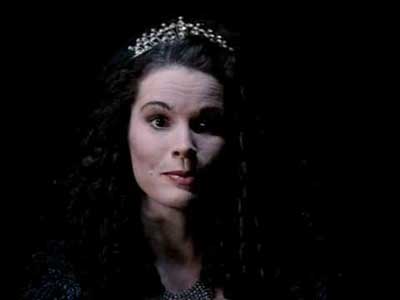 They arrive back at the school’s party and the truth of the horror cuts loose. However, Sister Gloria, although not fully explaining why or how, is familiar with the goings on and takes to preparing for a fight like some sort of holy Rambo with more than a touch of The Evil Dead’s Ash. Meanwhile Perry (Robert Jayne), a student who is intrigued and dabbles with demonology, even going as far as attempting to conjure in Father Bob’s (Rod McCary) personal office due to its holy safeties is familiar with how to destroy demons and joins the fight with a holy water filled super soaker squirt gun. 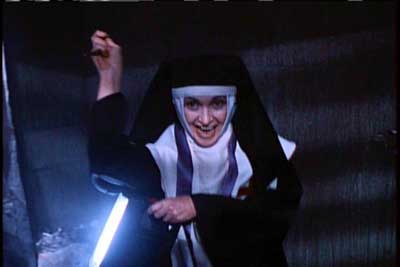 Soon, the lipstick case entrapped demon is dispelled, but Sister Gloria isn’t finished just yet and off they trod back to Hull House intent in destroying the evil once and for all. Of course it won’t be that easy to eliminate Angela since she holds considerably more evil powers than her minions. 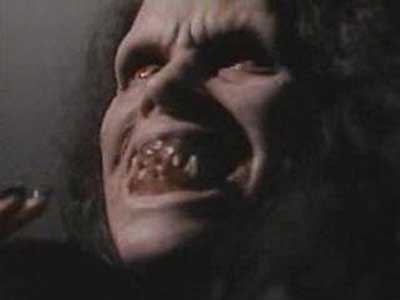 Upon arrival, they find Angela lingering over Mouse, lying prone on a sacrifice table, with a large blade. Sister Gloria pleads, offering to take Mouse’s place and quickly finds herself on the table, her offer having been accepted. But, the rest of the demon fighting crew won’t hear of it and the war against is on. Not all will make it out alive and it’s not fully clear whether Angela will be completely defeated, but it’s going to be a fun and scary evening. 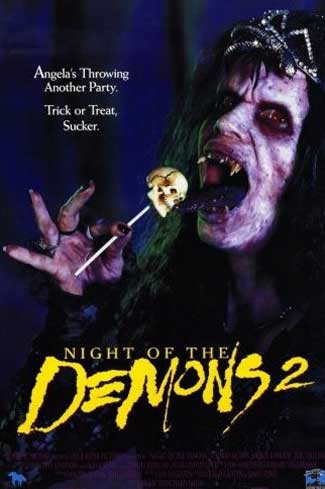 Night of the Demons 2 is one of those films successfully combining horror with comedy, much like the Evil Dead series, delivering both chills and chuckles, sometimes in the same scene. It is a rare flick that is surprisingly good with maintaining corniness throughout, allowing the humor to be a welcome addition and making the viewing enjoyable. The film moves rapidly, supplying just the right amount of gore at precisely the right moment before progressing to the next scene, and being rated “R” for language and nudity, while not appropriate for fun family film night, is however, a delightful addition for any horror fans’ night at the movies.