Every October, I struggle with what I should watch. There is so much good (and bad) stuff out there, that you have to choose wisely with the free time you have. So, I have decided to share a few of my designated titles to watch, 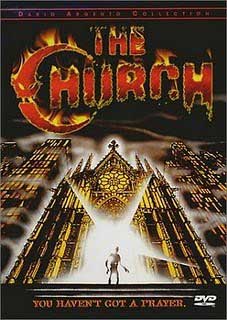 When I was around twelve-years-old, the image of Baphomet having sex with a woman in a huge gothic cathedral was burned into my mind. For years I have tried to figure out what that film was… It was Michele Soavi’s 1989 masterpiece, “The Church“.

A young Asia Argento stars in the story of a church that was built on top of a mass grave. When the souls of the dead become disturbed by a well-meaning archeologist, they trap several people inside the church and attempt to resurrect an ancient demon.

This is seriously one of the most evil movies you can find. And I don’t just mean that in the Satanic sense. It is just straight up ruthless. 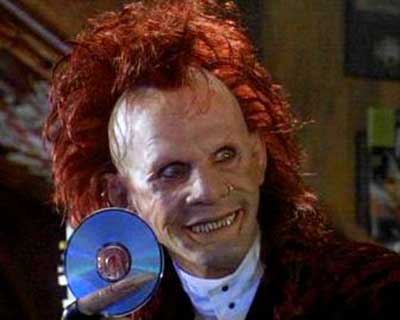 Let me start by saying that this is not a good movie. But for some reason, I love it. Edward Furlong was still known as “the kid from ‘Terminator 2′”, computer games on CD-Rom were still cutting edge, people still gave a crap about virtual reality, and it has a rockin’ early 90’s metal soundtrack.

Eddie plays a rebellious, whiny rich kid that lost his mother in a car accident. He is obsessed with horror movies, metal, and video games. He orders a copy of “Brainscan” from an ad in Fangoria Magazine. The cutting edge game interfaces with his mind allowing him to experience murdering people first-hand… But it’s not really a game!

This crapsterpiece had a lot going for it in the form of the film’s main monster. Trickster is this movie’s sad attempt at franchising a villain. His facial piercings, erogenous outfit, awesome taste in music, and disturbing haircut made him a shoe-in for the metal-loving rich kid market. Too bad there weren’t a whole lot of those back in the day. 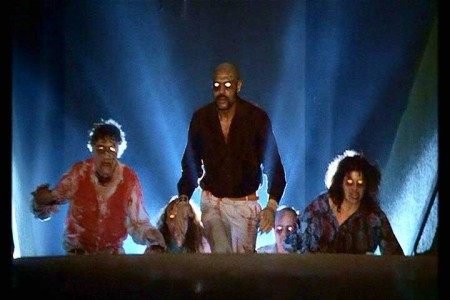 Every year I gravitate back to this film for my Halloween playlist. The gore effects are amazing and aren’t dated at all. It’s mean, gritty, and chock full of enough bad acting to give you a few laughs along the way.

If you aren’t familiar with this film, the plot is not hard to follow: A creepy dude in a silver mask goes around town inviting people to a horror movie they never heard of. Inexplicably, this method draws in a pimp and his hookers, a couple of girls that hate horror films, a blind man, and two yuppie dudes looking for poon. Later that night, they will be dealing with a demon infestation that decimates any zombie movie you have ever seen. 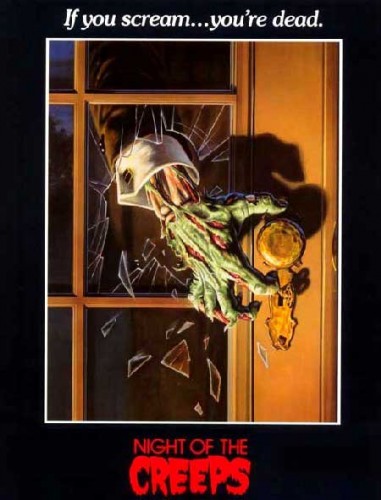 “Night of the Creeps“

This is one of the best 80’s horror films EVER! Zombies, aliens, parasitic slugs, Tom Atkins, uni-brows… This movie has it all!

It’s the touching tale of a wimpy college student and his handicapped (but awesomely witty) friend as they navigate the college dating scene. Only problem is, they’re not in a fraternity! Well… That’s not the only problem. There are also parasitic alien slugs that incubate in human brains, controlling the re-animated corpses of their victims. Bummer.

The film has more one-liners than a… um… Something with a lot of one-liners! It’s comical, delivers on the gore, and Tom Atkins absolutely destroys in this movie. 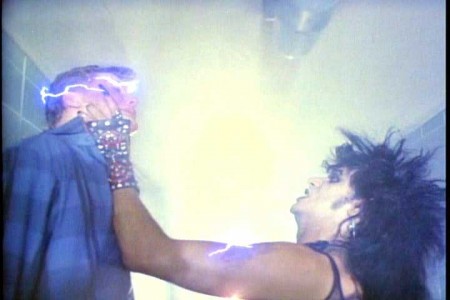 Read that title carefully! Not to be confused with the 2008 “Trick ‘r Treat”, this 80’s homage to hair bands is the story of Sammi Curr – a rock ‘n roll frontman turned demonic spirit out to get revenge… I guess. I actually don’t know why the hell he is killing people. I think he is just that metal.

Anyway, we follow the life of yet another whiny metal kid. But at least this one has the common decency to get picked on by jocks. Being the only metal head in school is tough. It’s even harder when you have a homoerotic obsession with hometown hero, Sammi Curr. Shortly after he is denied the right to play his old highschool Halloween dance, Sammi is killed in a hotel fire. This sends Whiney McWhinerpants into a snotfaced crying frenzy.

Luckily, the local DJ (played by Gene Simmons) was Sammi’s best bud in school. And he happens to have the only vinyl copy of Sammi’s latest (unreleased) album! But there is a catch… When you play the album backwards, the talented singer returns to kill people by shooting electricity out of his body. Why electricity? Why not fire? Who cares? The epic finale is what this film is all about. I won’t ruin it for you here.