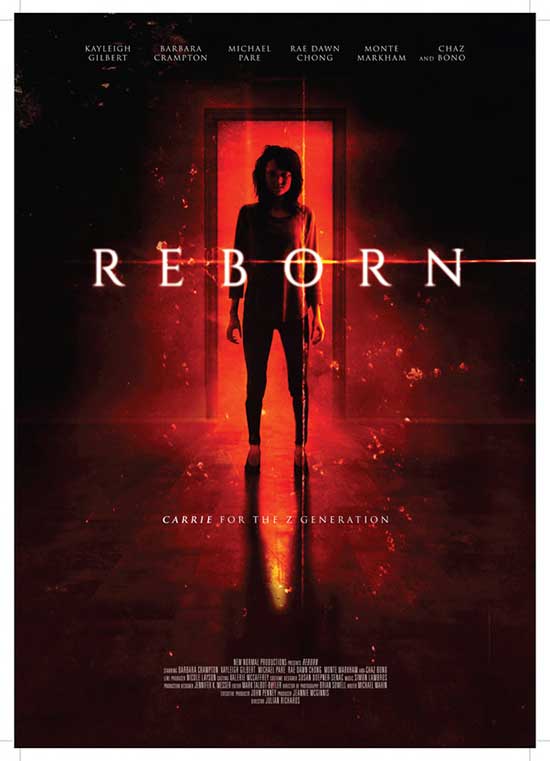 Set in Los Angeles, REBORN is a contemporary Frankenstein story about a stillborn baby girl who is brought back to life by a morgue attendant. On her sixteenth birthday she escapes her captor and sets out to find her birth mother leaving a trail of destruction behind her.
“A contemporary spin on Frankenstein
and Carrie”
– Kat hughes, Hollywood News
REBORN received its world premiere at FrightFest in London and its US premiere at Another Hole In The Head in San Francisco where it won Best Sci-Fi Feature.
“A revenge story with spectacular deaths”
– Jennie Kermode, Eye For Film
In late February REBORN will receive its Portuguese premier at Fantasporto where it has been selected to screen in competition alongside Richards other recent horror film DADDY’S GIRL. Several US festivals have been booked for February / March so do keep your eyes peeled for more announcements soon.