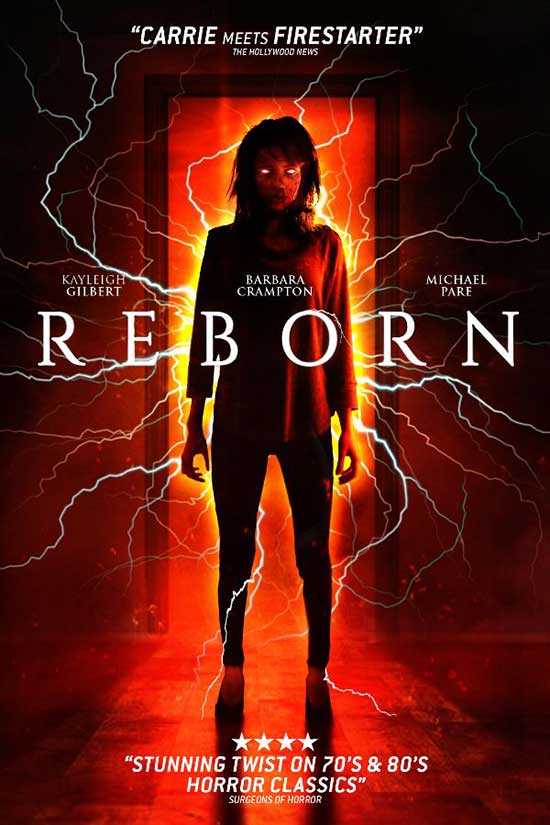 1st April, London, UK: Jinga Films and Lightbulb Film Distribution are delighted to share their latest poster for the electrifying horror film, Reborn. Despite having to cancel its UK theatrical release due to the Covid-19 lockdown, Julian Richards’ multi-award winning paranormal horror REBORN will receive a digital release in the UK on May 4th 2020 and a DVD release on May 11th.

Reborn sees a stillborn girl brought back to life by an electrical storm and abducted from hospital by a morgue attendant. On her sixteenth birthday, empowered with the gift to manipulate electricity, she escapes her captor and sets out to find her birth mother leaving a trail of destruction behind her.

Reborn received its world premiere at FrightFest in London and has since screened at 54 festivals worldwide, winning 15 awards including Best Sci-Fi Feature at Another Hole In The Head, Best Horror Feature at Mad Monster Party, Best Director at Fantasporto, Best Actress for Barbara Crampton at FANtastic Fest and Best Score for composer Simon Lambros at Horrible Imaginings. Meanwhile, Julian Richards (Darklands, The Last Horror Movie, Daddys Girl) became the subject of a retrospective at Fantasporto in Portugal where he also received the prestigious Career Award for outstanding contribution to fantastic cinema.