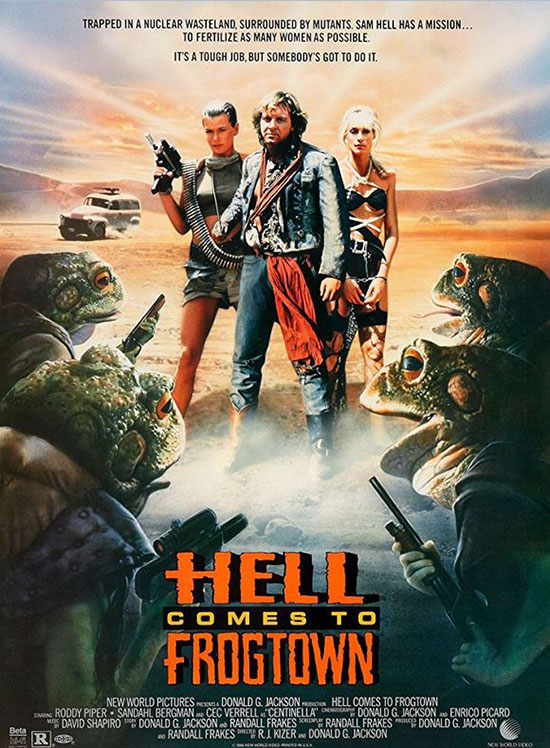 After a nuclear war, the survivors are divided between horribly mutated beings who live on desolate reservations and fertile women who are searching for scarce virile men in order to multiply and start a new human society.

Oh, Roddy Piper. You might not have been the hero we wanted, but you were the hero we needed.

Okay, that’s a bit much, but other than “They Live” the man missed out on becoming a mainstream action hero. He was less a Terminator clone and more of an Italian western hero. He wasn’t a wall of muscle; he looked more like a heroic Everyman – an average Joe that you can believe in as he does action scenes.

A great example of what his career could have become is “Hell Comes to Frogtown.” 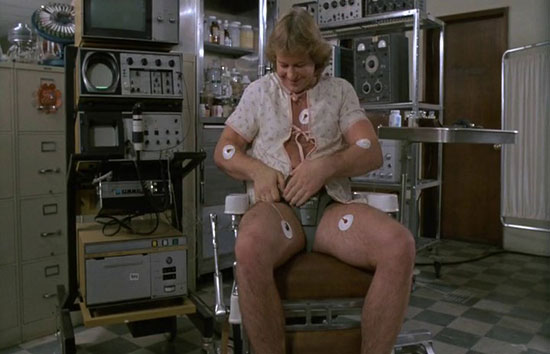 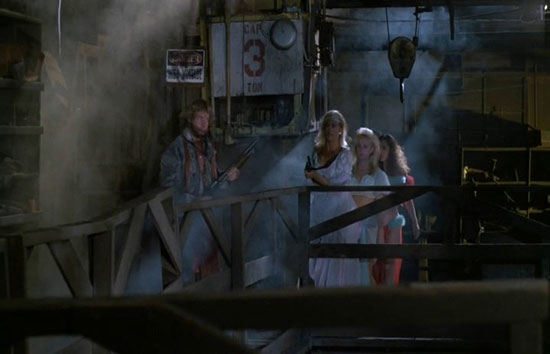 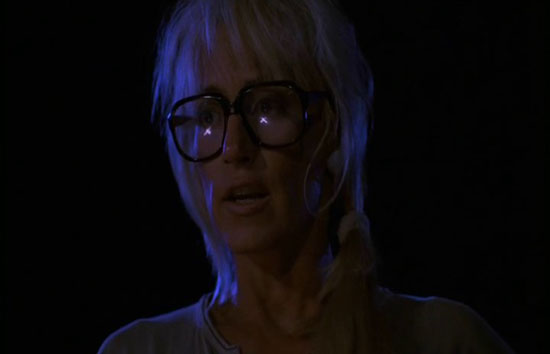 After a bit of a disagreement, mankind nearly nukes itself into extinction. In an effort to rebuild our human stockpiles, the government uses a breeding program in which fertile males are contracted to impregnate fertile females, but fertile males are apparently rarer than first edition Charizard Pokemon cards.

Sam Hellman (As in mayo, which is a slang term for – well, you get it.) enjoys free love and has been playing a version of Johnny Appleseed with the fertile women in the wastelands. The government has finally caught him. After an examination, Sam is found to have a sperm count off the charts. They offer to drop charges if he will impregnate women in the name of the government. But first there’s a little problem with a Frog uprising that includes a group of fertile women in their prime being taken hostage and held in the aptly-named Frogtown.

Along with his handler, Spangle (Sandahl Bergman), and a weapons expert, Centinella (Cec Verrell), Sam must complete his mission because the government fitted him with an explosive jock strap to prevent him from going rogue.

One of the most impressive elements of “Hell Comes to Frogtown” is the fact the world is believable within the context of the story. Basically, you are handed a western with good guys and bad guys and a hero who isn’t quite one or the other. Easy to buy into, and you don’t need George R. R. Martin to create 3,496 pages of backstory. Better yet, the movie buys into its own reality with the actors playing their roles as straight as a drama which kinda makes the whole movie more ridiculous and entertaining. 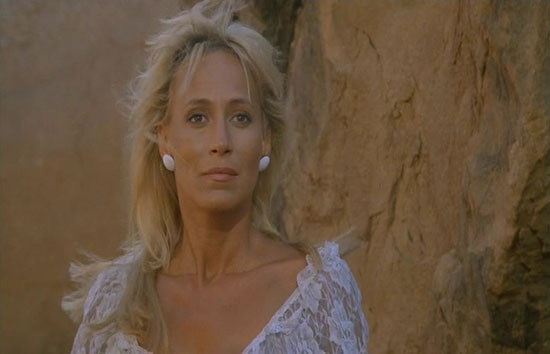 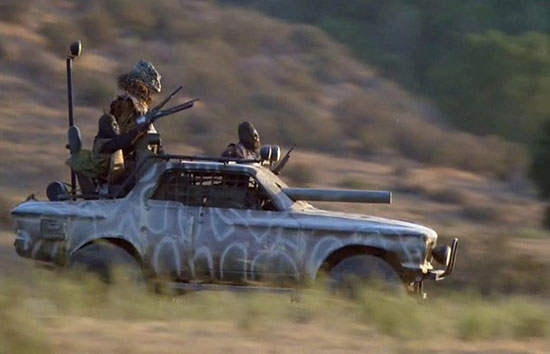 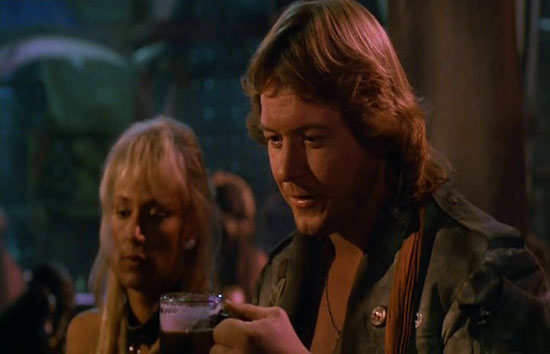 Actually, the whole film so embodies the elements and tropes of 80’s post-apocalypse cinema that it can almost be seen as a parody that plays better than the clichés it is poking fun at. Instead of usual case of men being the dominant sex and women being brutalized, women outnumber men by massive numbers and any fertile male could be used for stud work (I know guys who would pay to have just such a job). Instead of endless car chases in various vehicles, most of the action takes place on foot. Instead of a tone of gruesomeness, you get a wild comic-book-type adventure with a sense of humor.

To back up Piper’s Everyman character, we get Sandahl Bergman as the government agent who has to keep her unhappy baby-making charge under control as well as help keep him primed for service at all times. She has never been an incredible actress, but she is more than equal to the material she has to work with here. Plus, she always seems to add a touch of elegance to a film because she has a dancer’s lean body that she carries with pride. Her character may be mousy, but Sandahl Bergman always moves with lovely assurance. 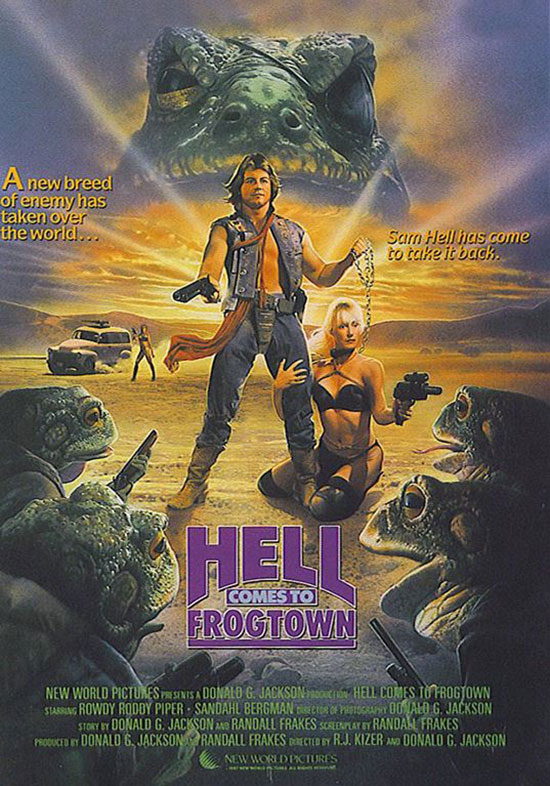 The rest of the movie plays in service to a simple story from which the plot hangs. This is where so many films go off the rails by giving you a story with global consequences for all of mankind. Not here. Just a basic rescue mission, but you got so much going on that you don’t have time to nitpick the movie. You have running gags, interesting villains, gun fights, loads of sexual innuendos, likeable characters, beautiful women, mutants, and surprising little nudity for a movie so focused on sex as it is. 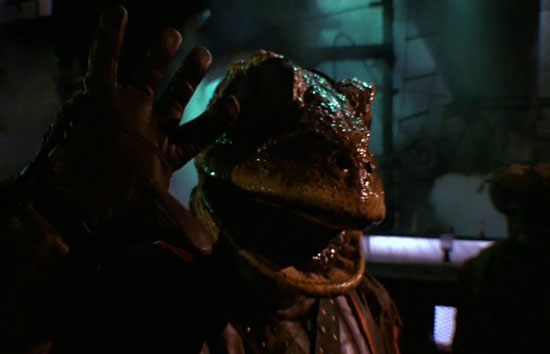 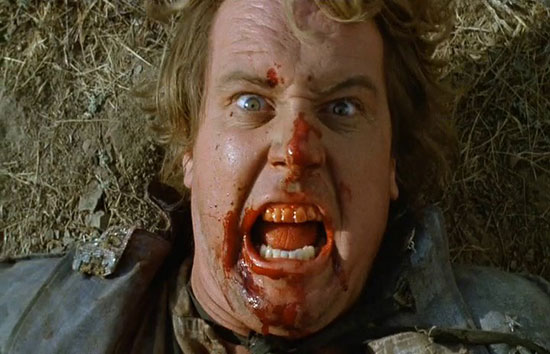 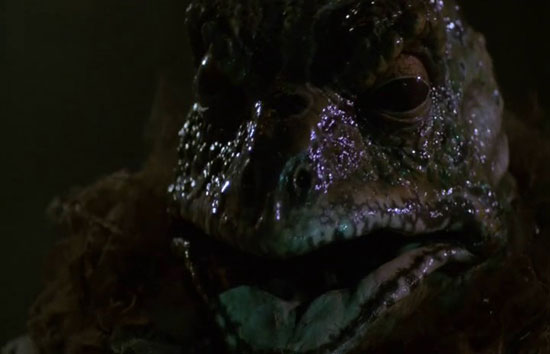 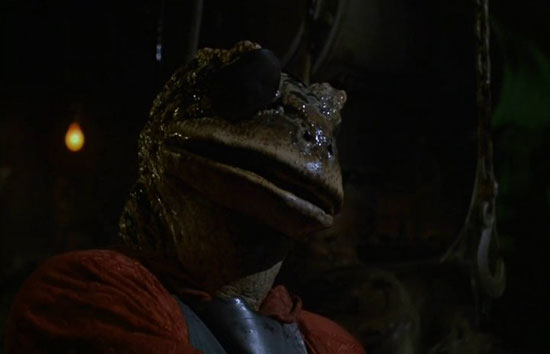 Within the realm of exploitation films, “Hell Comes to Frogtown” is a light classic. It is an excellent example of what can be done on a budget as long as you know how to meet it halfway with a script that focuses on characters instead of action set-pieces. Worth watching at least once. Hell, it’s worth adding to your collection for when you just want something fun but not stupid.