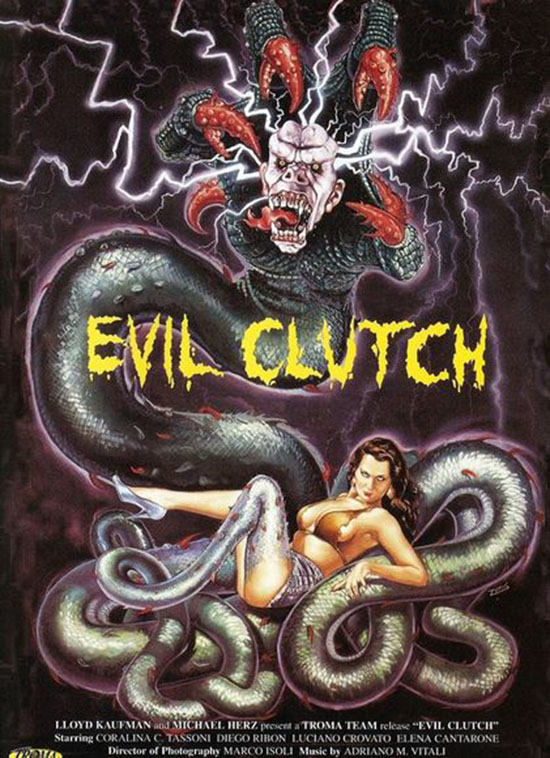 A couple camping out in the woods are terrorized by a demonic woman that may or may not  be some sort of succubus (complete with a clawed hand that shoots out of her ummmm…..private area….that she uses to maul certain parts of the male anatomy).

I stayed over at a friend’s house one night back in the 90’s when I was in college and he suggested that we hit the video store to pick up some movies. I grabbed Evil Clutch and Grandmother’s House while we were at the local Mom and Pop’s video store down the road from his parents’ house and even though he was skeptical (he wasn’t really a horror fan) I assured him that I was making the right selections and he was in for a treat. I was wrong on both counts. 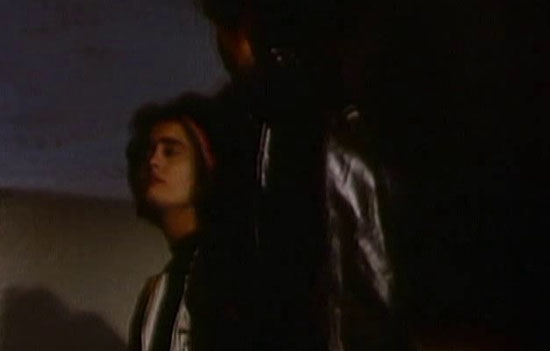 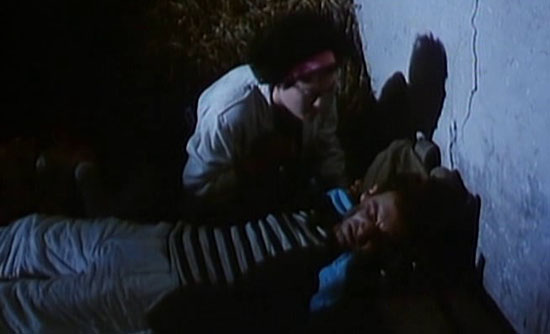 Very, very wrong. While Grandmother’s House was at least watchable (for the most part) and made sense the same couldn’t be said for Evil Clutch. I thought that it was a total and complete mess that was confusing, boring, and just plain bad (and my friend agreed with me 110%). Against my better judgment I watched it again recently and thought maybe I had misjudged it when I originally saw it and would appreciate it now. That wasn’t quite the case as it was still just as bad (and maybe even a little worse) than it was when I first saw it twenty-some years ago.

I don’t even know where to begin to be honest as pretty much nothing works for this movie. It wants desperately to be The Evil Dead (hell, it basically rips off a couple of scenes from it several times) but it can’t quite pull it off. Instead of a fun little horror movie where we get to see innocent people fight off demons in the middle of the woods we get a convoluted mess of a film that is just all over the place and makes little to no sense. 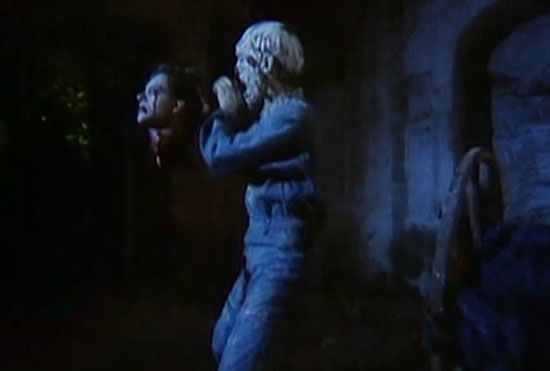 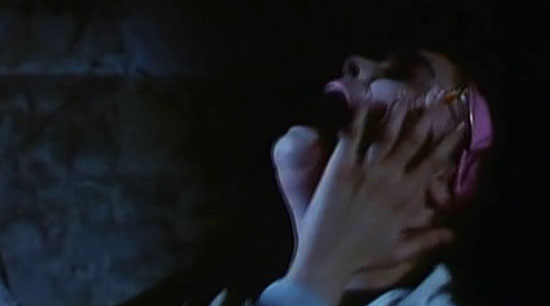 That in a nutshell is probably the biggest weakness of Evil Clutch: it just plain doesn’t make sense and to be honest I had no idea what was happening 99% of the time that I was watching it. Is the demonic woman some sort of succubus? A witch? Something else all together? I have no idea and I don’t think that the filmmakers did either. Either I am just really stupid, I missed something (which is possible because it was really hard to give this film my full attention), or what she is supposed to be is never addressed during the course of the movie. All I know is that she is some sort of monster that enjoys ripping off guys’ privates with this demonic, clawed hand thingie that pops out of her crotch when she is in the middle of making out with them. I think there must be some sort of message there somewhere but I’m not sure what it is. 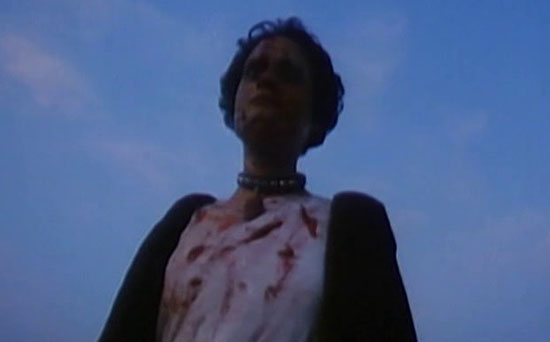 Aside from not really making any sense the movie is just plain dull. After a somewhat cool opening scene (that involves the demon chick “neutering” a would-be sexual partner with the before mentioned clawed hand that she keeps in a very strange place) we meet our main characters. Neither one of them are all that interesting or likable (which is unfortunate considering one of them is Coralina Cataldi-Tassoni who appeared in films such as Demons 2 and Mother of Tears and deserved so much better) and seconds after we meet them they are warned over and over again by a Crazy Ralph-type character (who has an electrolarynx for some reason) to flee the woods before it is too late. Of course they don’t listen and as a result we are forced to watch them sit around and argue and have boring conversations before the evil woman (and zombies for some reason I’m still not clear on) eventually show up to terrorize them. It takes forever for anything of note to happen and even when it finally does it isn’t that impressive or interesting and if you’re like me you’ll be at the point where you just don’t care anymore and only want the movie to be over with so you can get on to bigger and better things in life (I played Legends of Wrestlemania on the PS3 after I watched it personally. What you do afterward-if you choose to subject yourself to this film-is up to you). 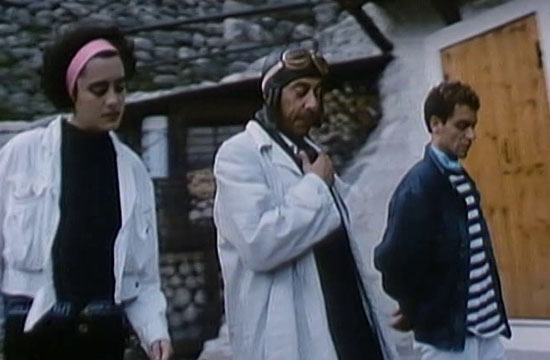 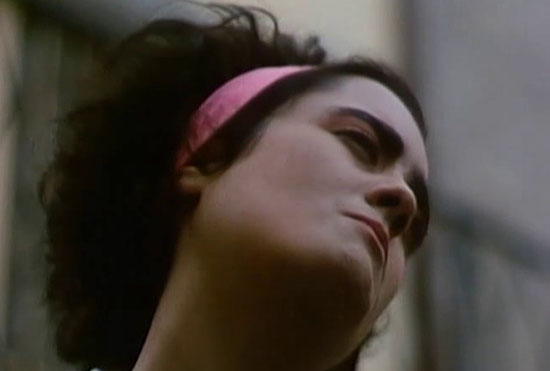 I could go on and on about how bad Evil Clutch is but I won’t. What you really need to take away from this review is that it is a boring, confusing, uninteresting movie that doesn’t really have anything going for it that you should stay away from (unless you are really wanting to see a zombie attack someone with a fishing pole. Seriously. I couldn’t make this up if I tried as it really happens at one point and it is even cornier than it sounds when you see it with your own eyes). I guess the long and the short of it is that you should avoid this movie like the plague and just re-watch The Evil Dead  (the original) or The Evil Dead 2 if you’re in the mood for a horror movie that involves demons terrorizing people that are staying in a cabin in the middle of the woods.