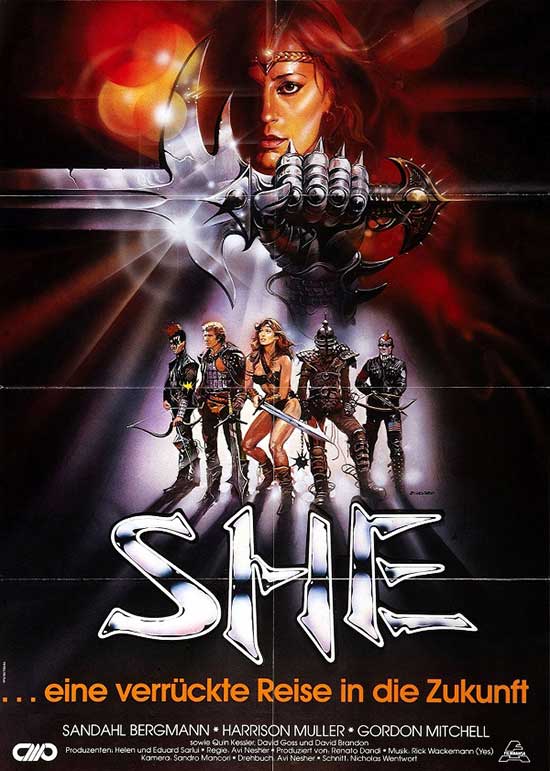 In a post-apocalyptic world, She aids two brothers’ quest to rescue their kidnapped sister. Along the way, they battle weird creatures before standing against the odds to defeat the evil Norks.

The movie She takes place in a post-apocalyptic future where mankind seems to have regressed to a quasi-medieval existence. While some modern apparel and some technology from modern times still exist, those things tend to be rare. The movie begins when a group of marauders attack a settlement and takes off with the character Tom’s sister. He and his buddy immediately give chase and run into She (played by Sandahl Bergman). She is the leader of a tribe of warrior women and is seen as a goddess by her people. She ends up joining the main character in his quest to get his sister back. 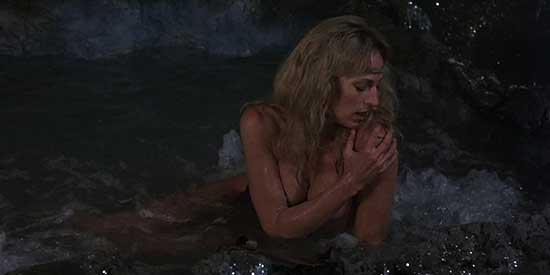 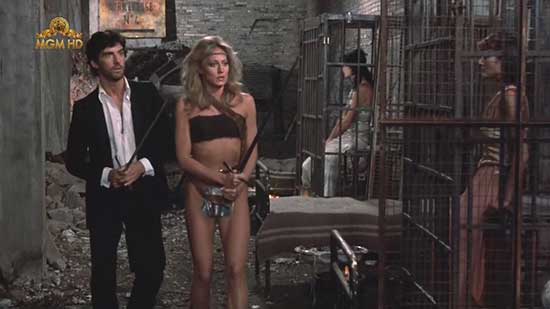 Believe it or not, She is based on a novel from 1887. While I haven’t read the novel myself, I did look it up. It apparently is the story of an English professor taking his young ward into the African jungle only to discover an African tribe being led by a white woman. It has nothing to do with a post-apocalypse and was more aimed at trying to defend imperialization and colonization of Africa. The film, however, has barely any resemblance to that story. It seemed like the scriptwriter who was asked to adapt the book, but after watching a Mad Max movie, Conan the Barbarian, and the Heavy Metal animated movie, decided he’d prefer to make something that’s an amalgamation of all three flicks he just watched. While something that mixes elements of those films could end up being awesome, this is not the movie that lives up to the potential.

The biggest hurdle, like many films, is its budget. She barely had one to speak of, and the folks behind the camera didn’t seem to have the skill or talent to cover for that. A lot of sins can be covered with clever usage of camera angles and editing. You’re not going to get much of that here, so a lot of shoddy special effects are going to stick out like a sore thumb. For instance, there’s a scene where a character is transforming into a monster and the camera gives you close up. Not only can anyone tell that the actor is wearing a pair of plastic fangs you can get from any drug store, but you also can see that the fangs are sliding off his own teeth. You don’t even need to be looking that hard to see the many errors that plague the film. The plus side to this is that these moments provide a lot of unintentional comedy for an audience. 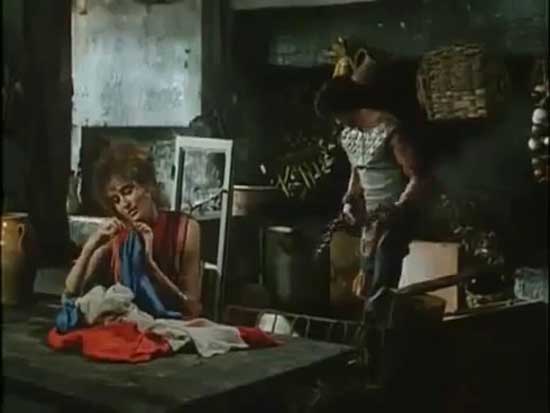 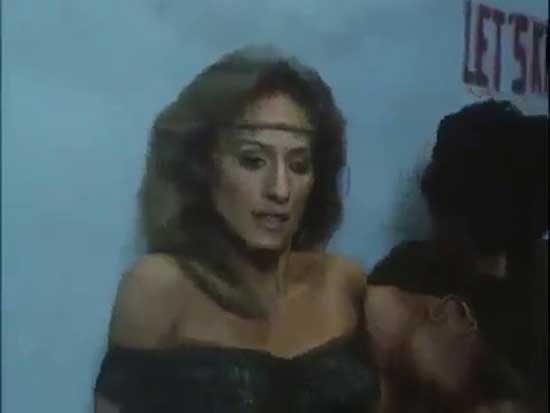 Another cinema sin is the movie doesn’t take the time to properly explain characters’ reasons to do the things they do or has them act so stupidly that it’s a wonder that they’ve managed to survive as long as they do. You’ll never find out why She is revered as a goddess, nor do you see any reason for her to be seen as such. She exhibits neither mystical powers nor a fighting prowess that places her above others. There is no reason for her to really want to have anything to do with the main character, especially after his first interaction with her was him trying to steal her horse. You’ll never understand why Tom will keep cutting body parts off a dude who not only immediately heals from it, but the severed limb immediately grows to be a duplicate of the original guy. After the first two times, you’d think he’d catch on, but nope. He keeps doing it like the brain derp that he is. Of course, you never get to see how he resolves the issue since the movie cuts away and never lets you know what happened. You’re just supposed to accept it when he just randomly shows up later on. The film is filled with moments like this, where you see a character in a predicament but a few scenes later they’re somehow away from the dire situation they’d been in. Either what happened was inexplicably cut out of the film, or the folks behind the camera didn’t know what to do to show the characters doing something to save themselves so they just moved on. 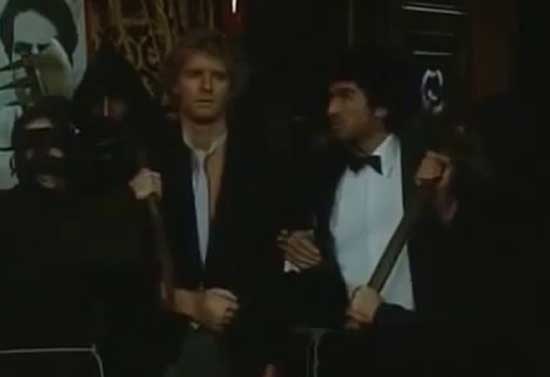 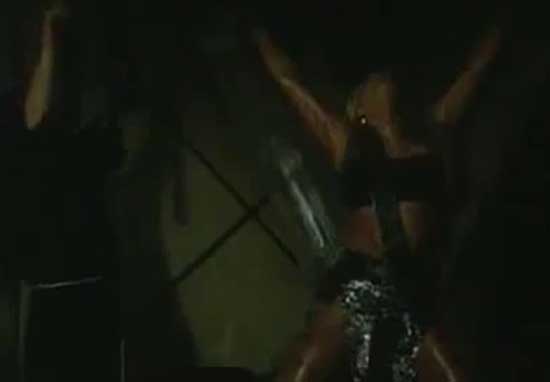 The one saving grace She had was Sandahl Bergman. While she was never a great actress, she at least was competent and could carry a film. I once read someone mention that she had great screen presence, and I ultimately agree with them in that assessment. She’s not going to elevate the material, but she’s not going to sink it either. A few of her costars were equally okay, which almost made up for the bad performances given by some of the other actors. Though that may be faint praise, it’s still praise nonetheless. Some of the acting was at least cornball enough that it helped give it some charm. 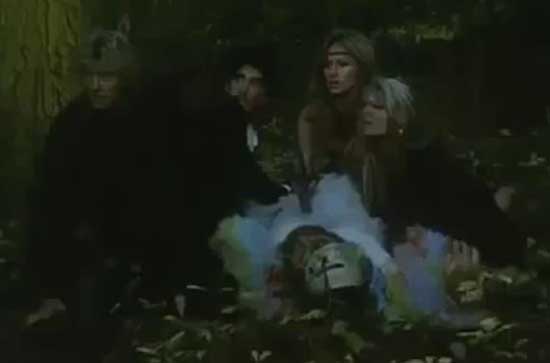 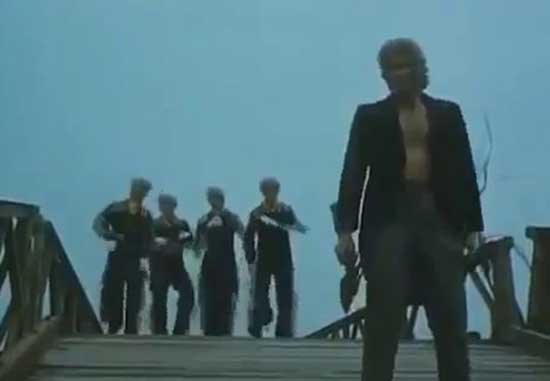 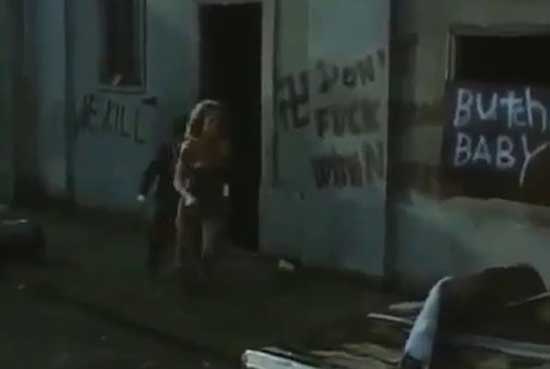 Overall, She is kind of terrible. It looks cheap, has crappy special effects, and plot holes you can drive a 737 jet through. Some of the acting is cringe-inducing, and the script doesn’t help. However, some glaring moments of cinematic incompetence will lead to some accidental laughs, and there’s a cheesiness to the whole affair that actually makes it fun. It’s one of those films you’ll watch if you want to sit back, watch some bad films, and have a good laugh with some friends