Nostradamus, Bibliomancer: The Man, The Myth, The Truth 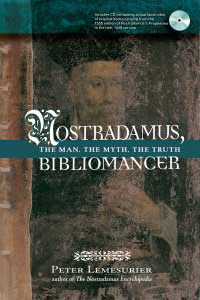 The name is probably one of the most commonly associated names in history when it comes to the future. In fact, so many books and shows have entertained the masses for so long that the original myths and prophecies have been twisted, turned and edited to the point of suiting whatever agenda of media it fits at the time. Author Peter Lemesurier has created a book that takes a more appropriate route for readers and curiosity seekers. He has also included a CD containing some of the original book facsimiles to back his claims. The contents note as containing contents from the 1555 edition all the way to the late 1668 version. While I’m sure his intention was not to reign on believers parades, he does take a educated approach backed by his understanding of old century French to really set the record straight on Nostradamus prophecies. We are told about what we have been led to believe and what the translations “really” say. We are told about the commonly referred to prophecies that have been released over the years to support claims. We are also told about what quatrains were actually incorrect rather than the agenda we have been led to believe. Peter also sets the record straight on who the man was and what his real background is reported to be.

Chapter 2 sets out to debunk all the quatrains rehashed over and over again by sensationalists. Though what is refreshing is that Lemesurier really calls them like they really are. First the French translated has been somewhat incorrect by researchers, and second the associations with world events are much looser than we have been previously explained. Each major event which is outlined with the referencing quatrain is explained and debunked with much clarification as to how they were previously associated. Peter actually sets the records straight probably to the annoyance of Nostradamus sensationalists. What I got out of this is that researchers were far to eager to make Nostradamus the seer that he is believed to be. Entries which were related to actual history could have been associated with a number of things making them less prophetic and more a bit of wishful thinking or classifying.

A quote from the book goes on to say “the safest thing about Nostradamus is that he predicted next to none of the events that he has supposed to have foretold” I found this actually a relief as with one being able to predict events of chaos always seemed a dangerous thing to live with.

Further research goes on to prove that Nostradamus was not educated in the astrology like others had believed, and that his talent and background were actually based on a combination of sources available to him at the time. A “decent” knowledge of astrology, an interest in divination and spiritual and a wide selection of previous books available to him. Why this is important is that these books of that time are referenced in each of the quatrains as to the source of the entries. As the author breaks down Nostradamus’s background, upbringing and source of knowledge, a different picture is painted about the man and his writings. Truly fascinating, this book is a welcome addition to an overabundance of sensationalism brought upon false prophecies. Readers will learn alot more on the man than previous editions with the kind of research analysis long overdue. 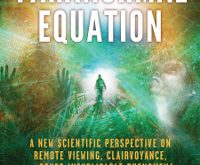