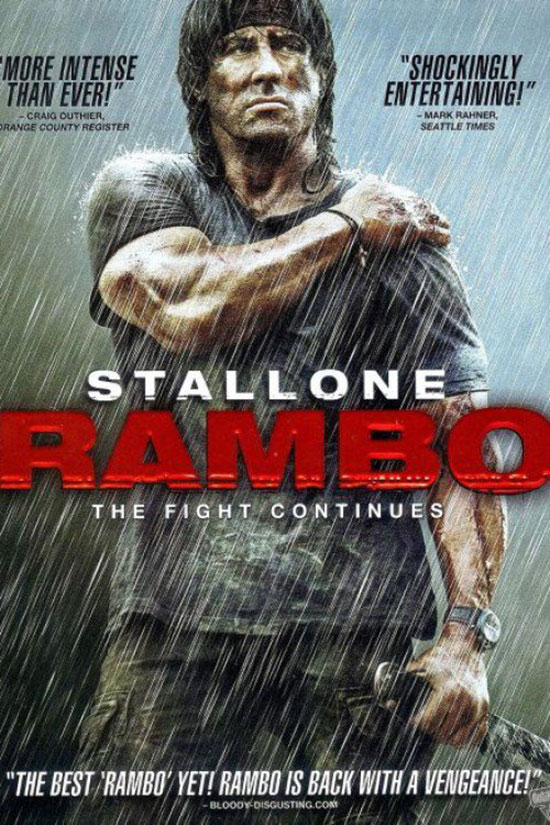 In Thailand, John Rambo joins a group of mercenaries to venture into war-torn Burma, and rescue a group of Christian aid workers who were kidnapped by the ruthless local infantry unit.

Way back in 1982, we met John Rambo (Sylvester Stallone, who us action movie loving kids previously met in Rocky), a medal winning Vietnam veteran, in First Blood, and a legend was born. Three years later, Rambo returned in Rambo: First Blood Part 2, where we saw the one-man army sent back to Vietnam on a secret mission to save POWs. Fast forward three more years to 1988, and John Rambo is sent to save his old boss, Colonel Trautman (Richard Crenna), from Soviet-led forces in Afghanistan in Rambo 3. If back then you had told me that John Rambo would come back, twenty years later, played by the same actor, I probably would have laughed. Well, in 2008, you then could have laughed at me and thrown a whole lot of “I told you so’s” in my face, because not only did Sylvester Stallone come back to play the American hero in a fourth installment of the Rambo series, but he also directed and co-wrote the film. None of this would matter one bit if it was a bad movie, but I tell you what: Rambo is one of the best action movies I’ve seen in quite some time.

This time around, John Rambo is in Thailand, but he’s not fighting anyone. He’s keeping a low profile, living there quietly, hunting snakes for live shows and occasionally renting his boat out to tourists. Knowing his history, it’s not hard to believe that he has become very pessimistic, cynical of humankind as a whole. So when a group of Christian missionaries from America, led by Michael (TV and film star Paul Schulze; Panic Room, Zodiac, The Sopranos, Nurse Jackie) and his fiancée Sarah (Julie Benz, best known as Darla from Buffy the Vampire Slayer and Rita Morgan in Dexter), come to ask Rambo to take them to Burma, site of horrible atrocities and bloody genocide (in real life as well), he flat-out refuses.

But after an appeal to his sense of morality, combined with a good bit of persistency, he agrees…and even does it for free. They run into some pirates along the way, but manage to get the team to where they need to go. A couple weeks later, Pastor Arthur Marsh (Ken Howard, RIP) finds Rambo and tells him the group has gone missing, and asks if he’ll take a team of soldiers to where he dropped the group off to find them. But, of course, Rambo isn’t just going to play tour guide… 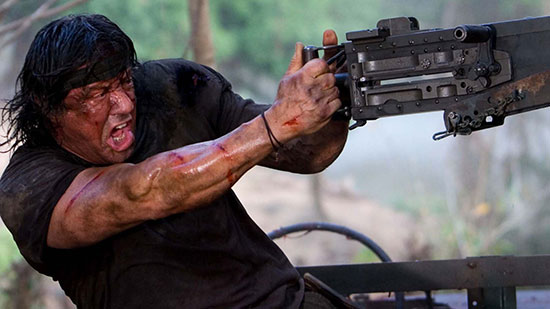 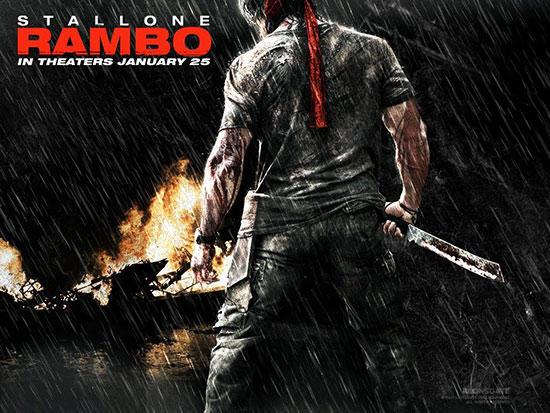 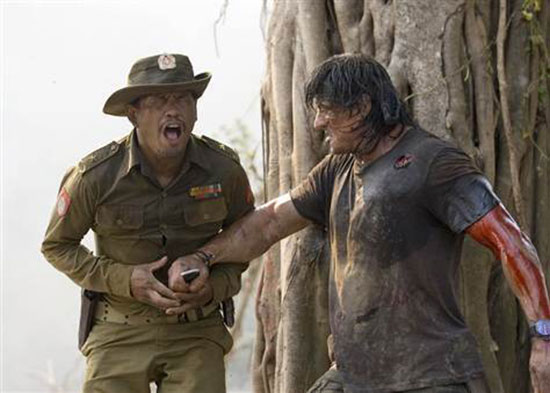 The Rambo movies have always been good, action-packed fun, but 2008’s Rambo is a very different entry to the series. First of all, Rambo doesn’t single-handedly win a war this time around, he works with a team of soldiers, a first for the series. But more than that, look at who he’s fighting. In previous films, Rambo has taken on Vietnam and the Soviets, two “enemies” of the USA in real life, and those films could easily be seen, at least partially, as Hollywood ramping up the patriotism and making Americans feel good about unpopular wars (or cold wars). But Stallone, along with co-writer Art Monterastelli (primarily a TV writer for shows like Total Recall 2070, he also wrote the 2003 film The Hunted), set this film in Burma, not a current US “enemy,” but instead currently one of the most brutal, and most overlooked, areas of mass-violence (the Burmese military has been decimating the people, specifically the Karen people, for close to 50 years). The fact that it has drawn some media (and public) attention toward the situation is not altogether unexpected, but the fact that some of the lines from the film have been adopted as slogans by the freedom fighters is a surprise even to Stallone.

You expect to see quite a bit of violence in these films, but Rambo ups the blood and guts to splatter-horror levels. Bodies explode on screen, so many people get shot with high-powered weaponry, heads are blown off, and the throat of a Burmese soldier is literally torn out by hand. And once it gets started, there’s no stopping the carnage. There’s a scene where a very powerful weapon mounted on a vehicle is used to level the opposing soldiers – the scene might just top that of Jesse Ventura and his rapid-fire weapon in Predator, and that’s saying a lot. What really stands out in all of these violent scenes is a very anti-war vibe: this isn’t pretty, this isn’t “cool,” this is ugly and sad and very realistic. War movies can be a whole lot of fun, but it’s hard to forget that this is all really happening, especially when you see the military toying with poor farmers, having them race through minefields, then chopping down anyone who doesn’t blow up before the finish line. War is hell, indeed. 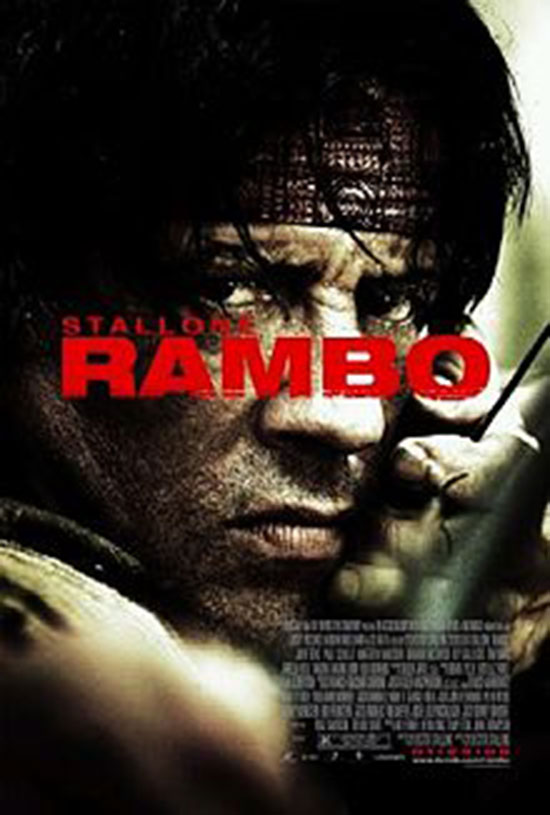 It’s hard to find anything even remotely negative to say about Rambo (in some countries, First Blood was retitled Rambo, so to avoid confusion, they then retitled this one John Rambo). The acting is great, the scenery is fantastic – this was shot on location, and the cast and crew were in real danger just by being there. The effects are really well done, from the explosions of blood and guts to the legs shredded by landmines and beyond. The story is well written, the film looks great, and Stallone puts in a masterful effort as the quiet, burnt out hero who finds himself stuck in it all over again. That’s a triple crown win for old Sly – actor, writer, and director. I was just really impressed with this movie. Definitely a must-see for any fans of previous Rambo films, or action movies in general. It’s exciting, it’s sad, it’s brutal, and it’s a huge win in my book.