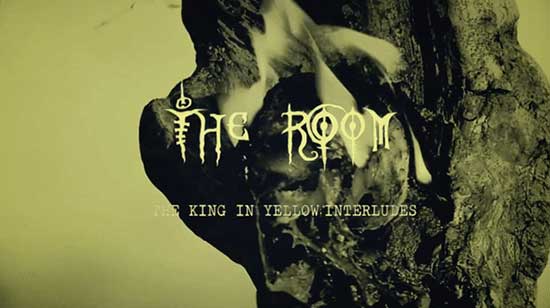 Abreaction – reliving an experience to purge it of its emotional excesses. This is THE ROOM, the summary of an adventure started years ago with very narrow, if not insubstantials, assets; with the passion of people willing to use their own talents. After that it all became an aggregation of ideas that made stories, monsters, even time grow larger. So we chose as mutually agreed to close our monsters in a room and throw away the key and wait. And time passed. Too much time. Today as we are less ambitious and more indulgent to ourselves, we decided to take all the recorded material that could have survived high resolution era and to underline the roughest, but most genuine, part and set the monsters free (only a few for now). The remaining is the epitaph of a dream (or a nightmare), a disturbing seal that has to get out the room of the mind and consume itself away.

More short films, kiddies! Today we have a slice of weirdness called THE ROOM -THE KING IN YELLOW INTERLUDES.

There’s a lot of backstory on this film. First of all, it’s based on a fictional play created by author Robert W. Chambers in 1895. Selections from this fake play are featured in his collection of short stories by the same title. Each story in the collection is prefaced by an excerpt from the “play”. This particular work by Mr. Chambers is connectd to H.P. Lovecraft’s Cthulu mythos. The “play” is said to drive mad anyone who reads it.

The play has three characters – Cassilda, Camilla, and the eponymous King. The color yellow, at the time of the book’s writing, is used to indicate moral decay, decadence, and in some cases mental illness, in the characters.

Secondly, this film was actually started 10 years ago. According to the words of the filmmaker, Emiliano Guarneri, it was began at a time when they felt “more ambitious and less indulgent”. 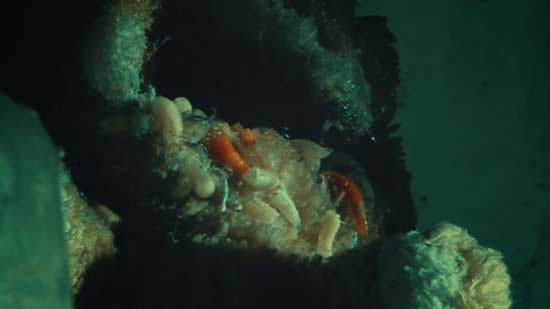 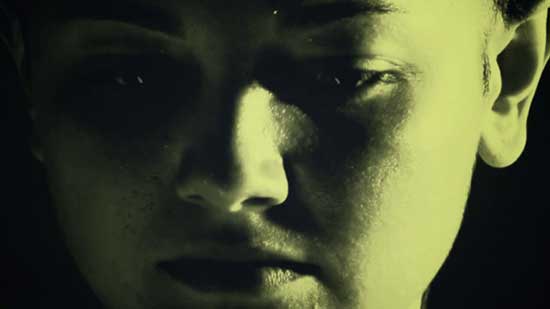 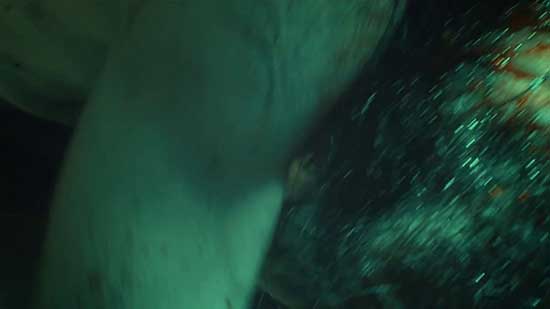 The film features the three characters from the fictional play, as well as…well, something else. Not sure what to describe it as, but it’s there.

The “something else” is played by an actor credited only as “MVP379”.

I’m not gonna pretend I fully understood this thing. I’m not gonna get all “film critic pretentious” and act like I get it and you won’t. The truth is –

This thing is crazy.

It’s disgusting. It’s brutal. There’s some really icky (and quite brilliant) effects. I was impressed. With a capital “M”.

It’s totally worth watching. I’ll let you figure out what it means.

Using my special short scale of one to five, five being awesome, I’m giving this film 5…somethings.