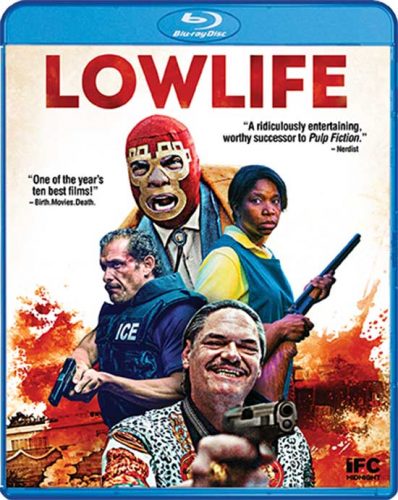 The sordid lives of an addict, an ex-con, and a luchador collide when an organ harvesting caper goes very, very wrong.

If your movie fan like me, then in addition to finding cool horror films to talk about you are always on the look out for another abstract edgy kind of piece that encapsulates a feel I compare to somewhere between “Breaking Bad” and “Pulp Fiction”. On this note, I found this lil ditty (quite recently) that I had heard about in the past making some waves in the cinematic arenas. The film is a piece called “Lowlife“, directed by Ryan Prows featuring a pretty well rounded cast of characters with a heavy lean towards Mexican culture. 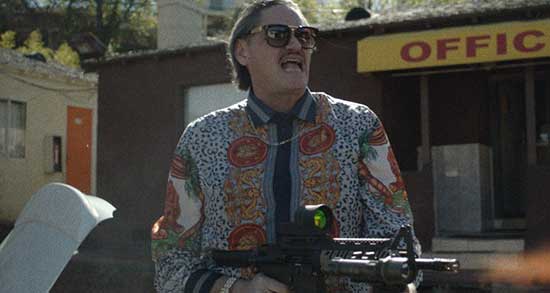 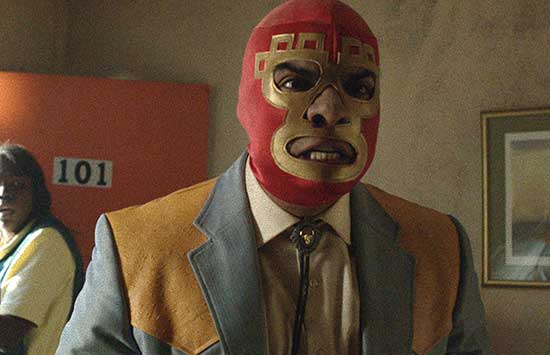 The film begins on a violent note introducing Teddy ‘Bear’ Haynes (Mark Burnham ) a lowlife crime boss of sorts that deals in human organs, kidnapping, murder, racketeering and child underage prostitution. It’s the kind of intro that winds up the film begging the audience to sit thru it just long enough to get to some of its main characters. One of those being focal character El Monstruo (Ricardo Adam Zarate), a wrestling mask wearing sidekick that while working for Teddy, also struggles with his place in life as the legacy of past “El Monstruos before him. A hero to some, a villain to others, “El Monstruo” is never seen without his mask almost being presented as a urban super hero of sorts that just can’t shake his surroundings. With a baby on the way, El Monstruo sets his sights on protecting Heroin addict Kaylee (Santana Dempsey) of whom he feels is the one to carry on his name and legacy.

Meanwhile in Pulp Fiction fashion, we have a series of intertwining stories that present new characters with issues and lives of their own. These stories of course being slightly time discalced to liven the premise and present a bit of back story buildups. With ICE heavily rounding up illegals, the premise of bad guys and good become a bit flipped letting the film play out all along under this intention. The stories and relationships connect in ways that often are not what they seem and other times a foundation to some of the ongoing bloodbath that flourishes in the film. One aspect in particular is the complete smashing of heads that is intertwined nicely more than one occasion. 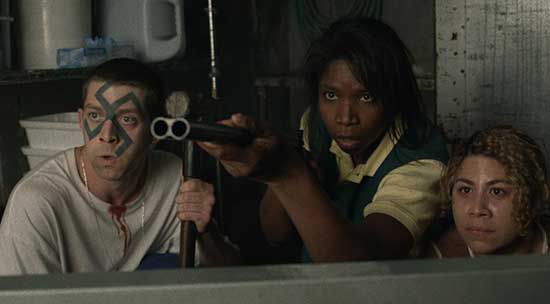 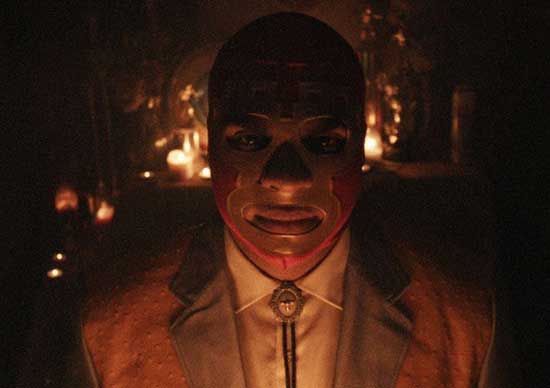 Yes, the Mexican culture plays a vital role here in this film with several sections that instantly prompt subtitles as players break away from English dialog. None-the-less, it also provides a great foundation for its prime characters to rise and empower. 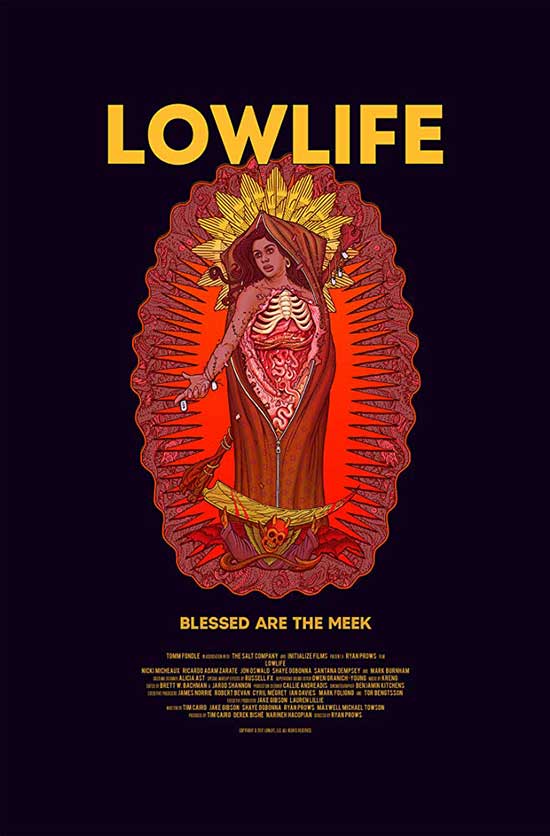 Though at the end of the day, this film is about telling these stories, adding a dark sense of humor and then using violent acts and depravity to fuel the drama and action moments being played out. director Ryan Prows, does a fantastic job at telling these stories while keeping that outer urban sense we’ve come to love in the Breaking Bad series. Actors Ricardo Adam Zarate and Jon Oswald set a nice tone within the film by adding just the right amount of quirkiness against the dark and more dramatic performances. 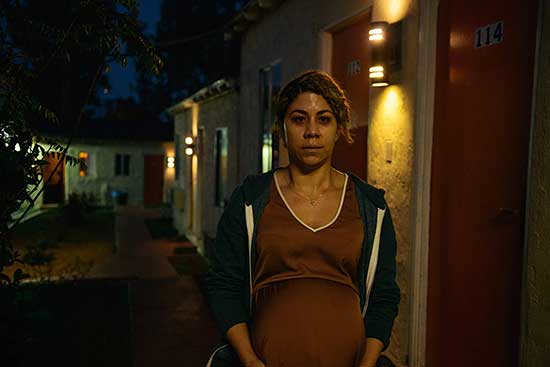 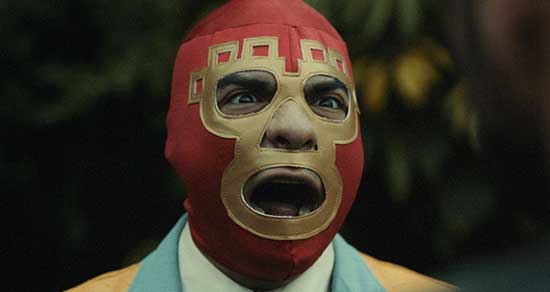 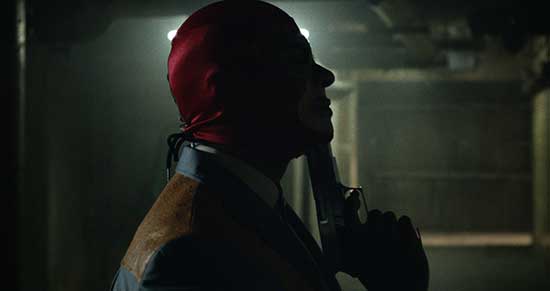 Very simply put, this film is great original piece hat wears its influences on its sleeve. Even the film’s villain, Teddy ‘Bear’ Haynes is weird enough to invoke laughter at this retro sleazy style while still being the center point of atrocious acts. “Lowlife” is that breath of fresh air you’re looking for when a series of too formula driven moves has worn you down. I’m actually placing their film in a category that recent films such as: Brawl in CellBlock 99″, and “68 Kill” share an affinity with.

Good cinema deserves a place in people lives, that’s why I’m highly recommending “Lowlife” as a new pick to run out and own. 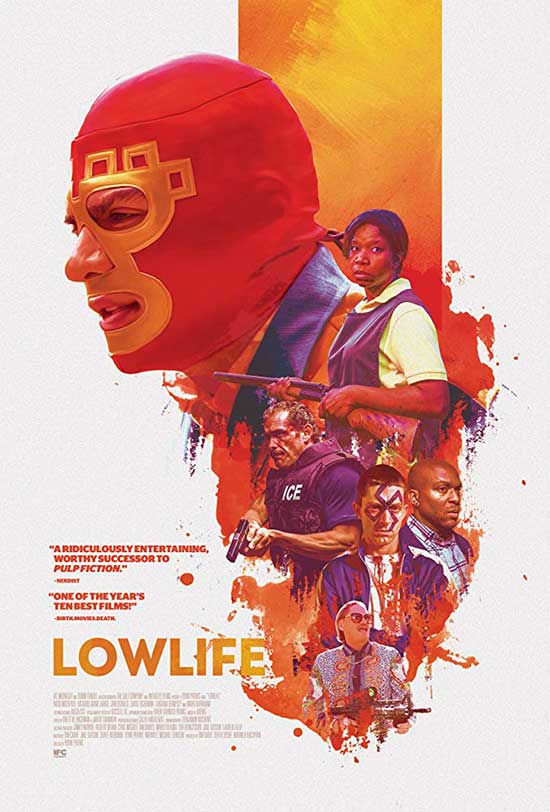 I hope filmmakers across the genres take note and keep pulling these weird little pieces out of their minds and into our living rooms!

Lowlife is now available on bluray per Shout Factory