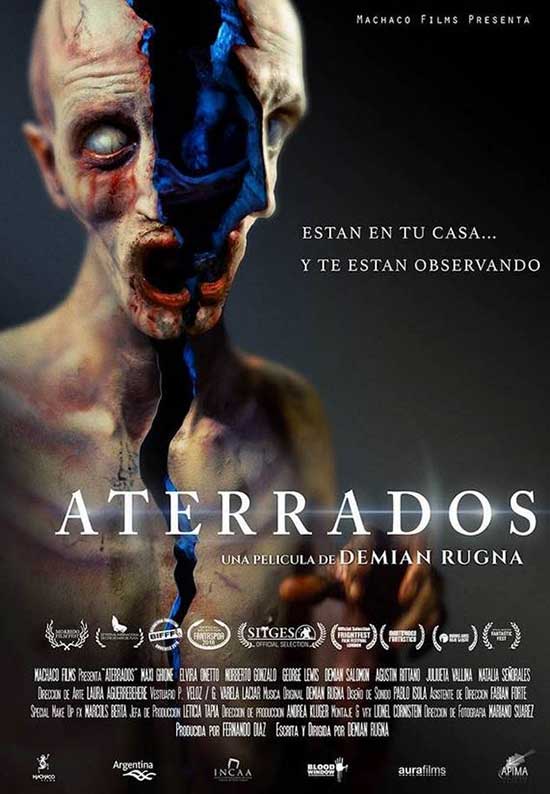 When strange events occur in a neighborhood in Buenos Aires, a doctor specializing in the paranormal, her colleague, and an ex police officer decide to investigate further.

How have all of you been in 2020? Enjoying the freaky descent into weirdness and insanity? Yup, this year has been a real treat.

Many folks like to have thing to remind them of milestone, both good and bad. You know – The Meme of 2018! Or The Scandal of 2016 or The Official Crab of the 2014 Stock Dip. Whatever you want these days. 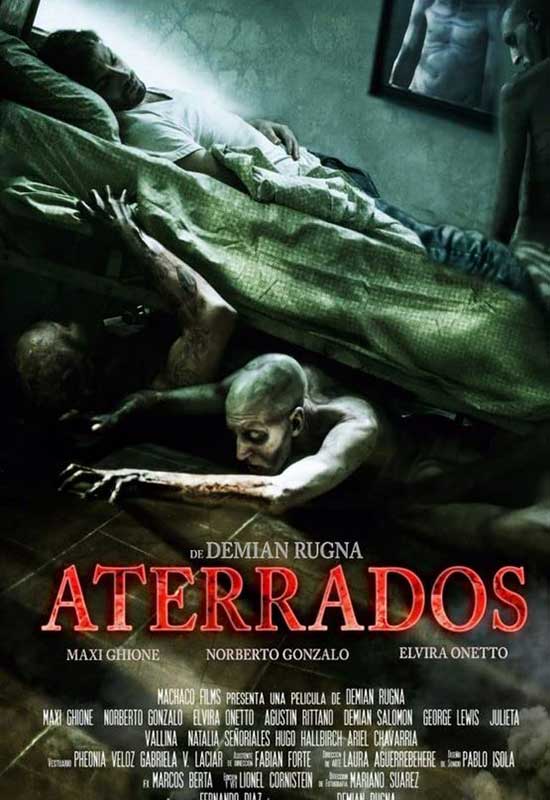 I have a nominee for The Official Movie of 2020. A movie that rather perfectly sums up this year in a nutshell. To a large extent, the flow of the film matches the ever-rising tide (or backing up toilet) that is 2020. The idea of growing discomfort in your own home while strange things beyond your control gain more and more ground in your world.

The movie is “Terrified” (2017) from Argentina. These filmmakers could see into the future, I swear.

It starts in a neighborhood of closely-packed houses. A lovely woman hears odd noises from the sink as she finishes the dishes. Her expression darkens as she backs away from the sink.

Her husband returns home with a story of how a dog they had accidentally ran over days before was not dead like they thought. She counters with voices from the sink saying that they will kill her.

The husband is sure it is her imagination as they have been kept awake by the next-door neighbor’s late-night banging and hammering fits over the last few days. Supposedly for home remodeling. At 2 or so in the morning. Yeah, right, buddy.

Sure enough, around 5 in the morning, the husband is awakened by banging and thumping. After shouting though the wall, he goes next door. The intercom makes weird noises, and husband returns home frustrated. The pounding continues until he realizes it is coming from his bathroom. In there, he finds his wife’s bloody body slamming itself into the walls of the shower as her head is slowly crushed while the husband watches helplessly.

That ain’t all. The neighbor has a figure that seems to live under his bed. It moves the bed when the man is asleep. It moves things inside the house. The man is slowly losing his mind from lack of sleep and fear. He has gone to many specialists, and they, as a group, suggested that he contact a well-known parapsychologist, who won’t take the case without some proof.

While this is going on, a local kid playing in the street is spooked by the neighbor with the uninvited house guest and stumbles into the path of a bus. The mother is grief stricken. Then, days later, the boy’s footprints lead up to the house and his corpse is found sitting at the dining room table awaiting breakfast. He also seems to move when no one is looking at him.

Three special investigators and a local government official begin an investigation into the three incidents. They will regret their curiosity.

“Terrified” starts simply enough, but turns weirder and darker with each new scene. The film guides the viewer through basic fears and horror set ups to normalize the concepts they use to make explanations relatable. By the time the film hits high gear in the last third, you have been carefully groomed for the twists and shocks that are to come.

The film sets a tone that is both civil and subversive at the same time. The characters, for the most part, are calm and rational, even as seriously creepy things are happening before them. The local official plays the Everyman role as he smokes, has a heart condition, and hearing loss, and he does not share the calm nature of the investigators. The contrast makes things more believable, but it never devolves into mindless action and screaming like a lot of American films tend to do.

“Terrified” is a film that could easily withstand some deep critical analysis, but let’s just go with the idea that this enjoyable little horror film somehow predicted what 2020 would be like, including an ending that hints this may just be the beginning of something bigger – and more frightening. Worth seeking out and watching in a quiet room, preferably alone.