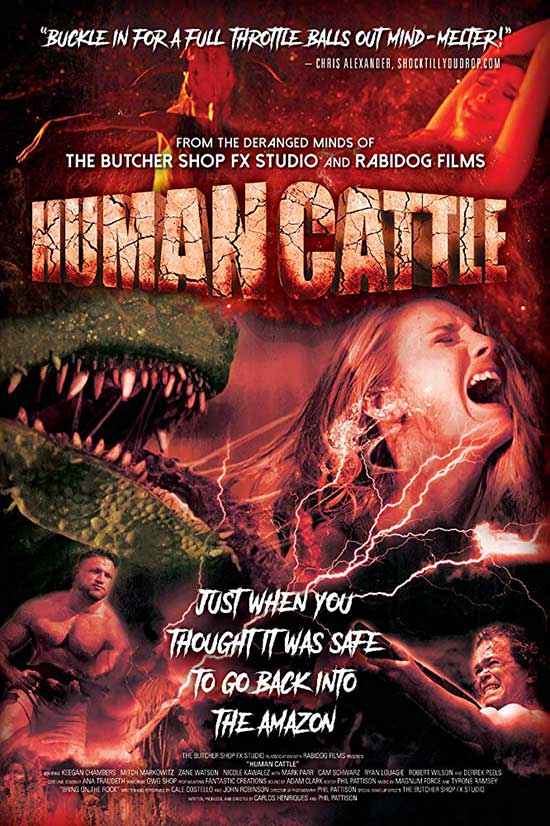 The Amazon is a beautiful place to visit but you wouldn’t want to die there. Three sexy teenagers take a fun-filled trip out to the Amazon for an exciting getaway filled with seductive pleasures and forbidden desires. Failing to hear the canoe tour guide’s warnings about the evils that lurk in the Jungle, they will now have to fight for survival against trigger-happy bounty hunters, blood-thirsty Cannibals and massive flesh-eating monsters.

So we have a bunch of teens, partying in the Amazon, cruising drunk in a super hot classic muscle car. Pulled over by the cops, warned to stop being stupid, they don’t listen. All hell breaks loose. Standard formula for partying teens in these sort of stories.

The format is like that of a long form teaser, cutting between different highlights of the following harrowing adventure for our young heroes. Complete, BTW, with a Don LaFontaine-esque narration provided by Robert R. Wilson. 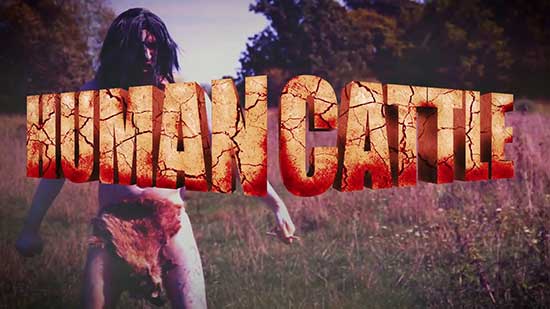 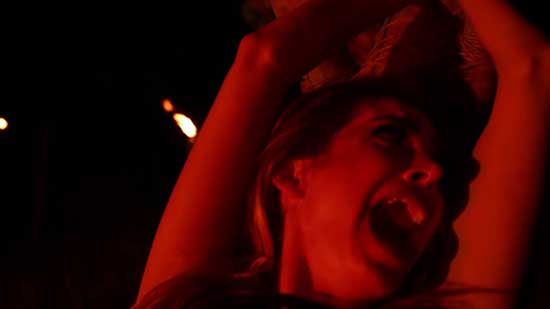 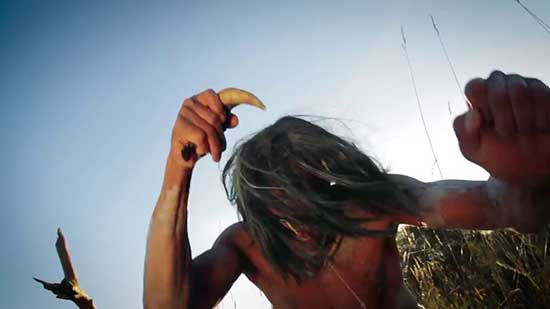 The gore effects were created by a company called The Butcher Shop FX Studio, and listed among their credits are work on the remake of Death Race, so not a silly, fly by night sort of effects house. The effects in this short range from kinda cheesy but fun to super gruesome. I will add that this film has won two awards for the effects, one at Shock Stock in 2017 and again at Horror-Rama in 2018.

I’m not sure how to take this thing. I mean, it feels so much like a satire, almost a direct parody of films like Cannibal Holocaust. Yet, its more like a 10 minute trailer for a film that hasn’t come out yet. Granted, long form trailers were pretty common once upon a time, and I’ve noticed a resurgence in them in recent years so…. 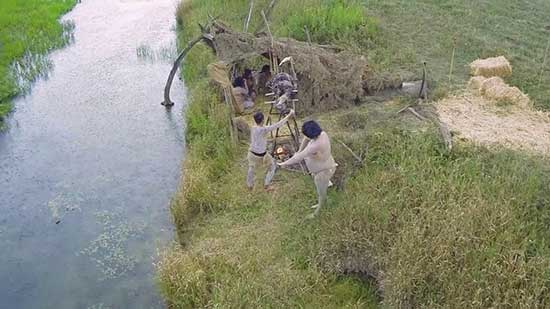 Either way, I enjoyed this thing. It was funny, it was gross, it even gets a bit suspensful and scary once it settles down a bit. I don’t know exactly what the filmmaker’s were going for – satire or horror – but Its a lot of fun to watch.