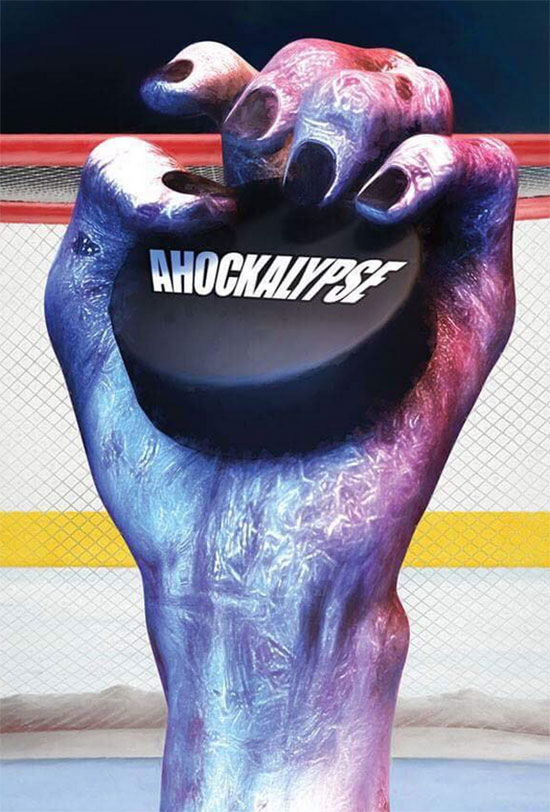 After winning the championship cup Jonesy and his team must survive the zombie apocalypse!“

In the Venn Diagram of people who are either fans of Rom-Zom-Com Shaun of the Dead or sports comedy Goon, the logical relation suggests that if you loved both then you’ll have your sights set on Ahockalypse, a comedy horror from director Wayne Harry Johnson Jnr (The Horror).

Having just defeated their nearest competitors in a hockey playoff, the Prairie Kings, including star player Jonsey (Jesse Rennicke, Seven Boxes), are feeling pretty good about themselves. This euphoria is quickly dissipated when their opponents turn into zombies and trying to eat everyone. Backed up by a couple of female fans, Jonsey and his team seek shelter from what is evidently not an isolated incident. 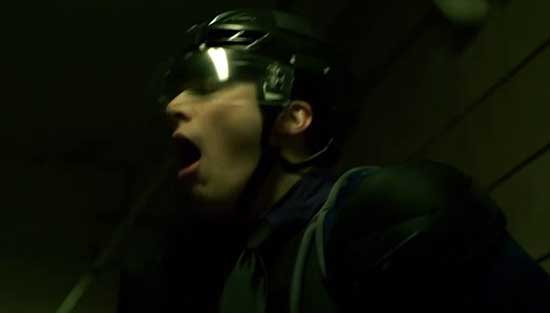 Ahockalypse is a low budget movie. Like really low budget. Like Adobe blood splatter budget. Though to be fair, nowadays that’s hardly synonymous with independent filmmaking. Hellooo, Alien Vs Predator. And in some way Ahockalypse should be commended for keeping the purse strings tight whilst still managing to film at night rather than day for night. Equally, keeping the film isolated to only a handful of rooms and an alleyway (two, tops) and still make it feel like we’re part of a large universe is fine and dandy. There’s no problem there. 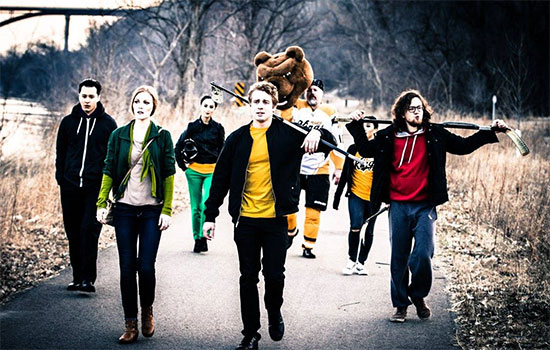 No, what really highlights Ahockalypse’s meagre coffers, whilst doing nothing to bolster the film, is how it chooses to portray its undead. As you know, if you’re going to make a zombie film, you need to have zombies.

Strangely, the zombies Jonsey et al are running from, with the exception of small number, have been superimposed in post-production. Now, whether this is because the Director couldn’t rustle up enough friends and family for a scene, they needed to save money to hire the ice rink that takes centerstage in the third act, or Michigan law simply say you can’t have more than four people filming at night at any one time, remains unclear. However, it does create a jarring effect that quickly removes the viewer from the action.

it’s not just the questionable use of after effects that hurts Ahockalypse. Setting up its camp in a wilderness of 80s throwback comedy, the film struggles to land any of the numerous jokes flying at the audience. However, if you like jokes centered around MILFs, dicks, boobs, vaginas, and the stalwart of Police Academy humor, gay panic, then you are in for a treat. For everyone else, you’re likely to be squirming from ear to ear. Alongside female characters who are simply there to be bonked, and Asian characters who are silent but can perform kung fu, you’ll come out of Ahockalypse struggling to see where the irony ends and the i-bro-ny begins. See, I can do puns too.

That said, there a few fun digs at the current administration in the White House which show that the writers can do more than toilet humor. A particular favorite sees two hockey players, Little Donnie and Vlad Putin, taking great delight in causing a ruckus on the ice and managing to deflect the blame elsewhere. Hey, it’s not exactly The New Yorker, but it beats the numerous movie references that clang into view like Ahockalypse is part of the Scary Movie franchise. 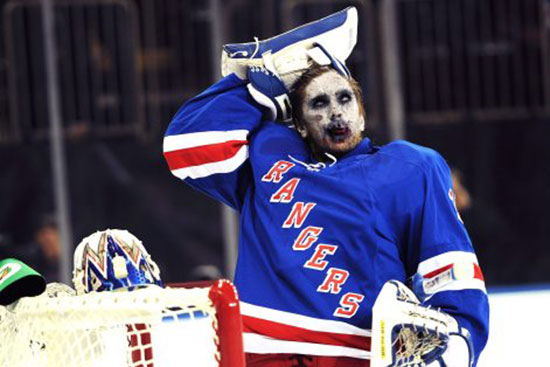 So, what are we left with? A horror film that’s not scary because it can’t afford to be, so it’s syphons all its energy into its humor, which is comedically bankrupt. It’s so frustrating too as clearly everyone involved is having the best time. It looks like there were some long cold nights, but the cast looks full of energy, even if the acting is a mixed bag at best. If only then, that energy reverberate into the film’s audience and made them feel like they were part of something special.

In conclusion, Ahockalypse is a toothless affair that has been done better elsewhere. For an example of low budget zombie comedy, check out Kyle Rankin’s Night of the Living Deb.