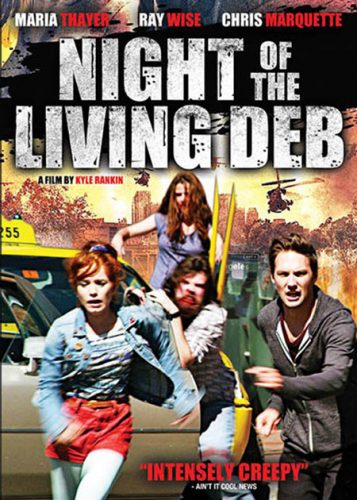 After a girls’ night out, endearingly awkward Deb wakes up in the apartment of the most attractive guy in Portland, Maine. She’s thrilled, but she can’t remember much of what got her there. Pretty boy Ryan only knows it was a mistake and ushers her out the door… into a full-scale zombie apocalypse. Now, a walk of shame becomes a fight for survival as the mismatched pair discovers that the only thing scarier than trusting someone with your life… is trusting them with your heart.

I am a zombie fanatic. I remember the first time I saw the original “Dawn of the Dead.” I rewatched it that same night. I developed my first crush when I saw Linnea Quigley in “Return of the Living Dead.” I enjoy how the genre has evolved and been parodied, as well as its elasticity for telling stories. Indeed, one of my favorite sub-genres of zombie movies is the “zom-rom-com.” Most folks think that was first done by “Shaun of the Dead.” But of course, it has a long pedigree before that, starting with “I was a Teenage Zombie” and continuing through to “My Boyfriend’s Back” and “Return of the Living Dead 3.” It can be a fun and original take on the zombie formula. “Night of the Living Deb” is the newest entry in that fine tradition. It does not disappoint.

The film starts at a bar the night before Independence Day. Our heroine, Deb (Maria Thayer), is hanging out with her friend Ruby. Deb is pining for Ryan, the most handsome man in town (played by Michael Cassidy). Emboldened by her friend and a few drinks, she approaches him. We cut to the next morning. Hung over in Ryan’s bed, Deb can’t take the hint that he wants her to leave. Fortunately, or unfortunately, depending on your point of view, their one night stand is interrupted by the shambling undead.

Ryan’s bigwig father has a safehouse and Deb has a car, so the mismatched pair start heading that way. Along the way, we meet some interesting characters, including the previously mentioned Ruby, Ryan’s status-conscience ex, a philosophical militiaman, and the rest of Ryan’s eccentric family. Who will make it out alive?

This movie is a hoot. It starts solid and ends the same say. The first thing I noticed was how well edited it was. Editor Tony Copolillo ensures that the movie is well paced, and there are some excellent smash cuts, especially a scene where Ryan and Deb are looking for a radio. You’ll know which scene I’m talking about.

The movie has some self-aware moments as well, something my fellow zombie nerds will appreciate. For one, there is a funny scene where some characters debate whether they’re dealing with fast or slow zombies. In another, characters argue about the proper etiquette in regards to killing the infected, something I’ve never seen discussed in a zombie movie before. The filmmakers know and respect the genre, but they also have the confidence to defy conventions.

I also liked that Deb is the central character. She’s the one that approaches Ryan at the bar, not the other way around. She saves him from a zombie attack. She’s the brave and independent one. Deb is the hero, and Ryan is the love interest. That’s a fun and refreshing play on gender roles.

Which leads to perhaps the film’s greatest strength, it’s cast. There isn’t a bad performance to be had. That is very essential in this kind of movie, because it’s not just a zombie flick, it’s also a romantic comedy. The central pair of Deb and Ryan is very believable as two seemingly incompatible people who come to care for each other. Ms. Thayer and Mr. Cassidy’s chemistry is palpable, whether their flirting or riffing off of one another. It’s a pleasure to see them onscreen together. 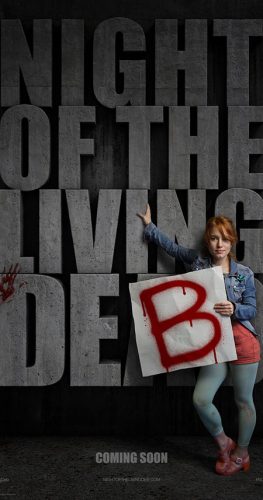 But don’t forget the supporting cast. Ray Wise is amazing as Ryan’s robber baron dad. He’s able to go from cold-and-calculating to paternal at the drop of a hat. Chris Marquette is also a stand-out as Ryan’s survivalist brother with an inferiority complex. I’ve been a fan of Mr. Marquette’s since “The Girl Next Door.” He deserves more success than he’s gotten in Hollywood. 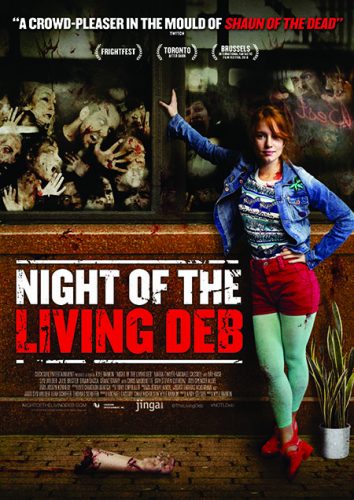 Finally, enough can’t be said about director Kyle Rankin. “Night of the Living Deb” along with his underappreciated “Infestation” prove he’s got the goods. Let’s hope he continues to make original and well-made movies like this one.