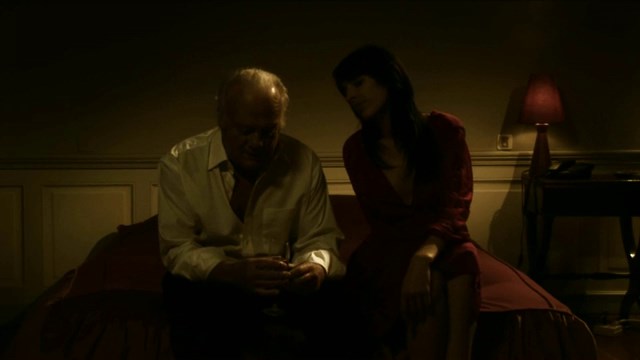 A well dressed old man was waiting on a bed. A telephone rang. A glamorous young lady entered the room. They vaguely introduced themselves and made love. A bloody current exchange in a way.

The film is in French, but unfortunately my copy does not have subtitles and my French is pretty weak. So there is a lot of the story I’m sure I’m missing by not being able to understand the dialogue in the first half.

Either way, we enter the story with an older man (Philippe Nahon, an actor with a ludicrous amount of French language film and television credits) answering the phone in his home…or apartment..maybe a hotel…not really sure. 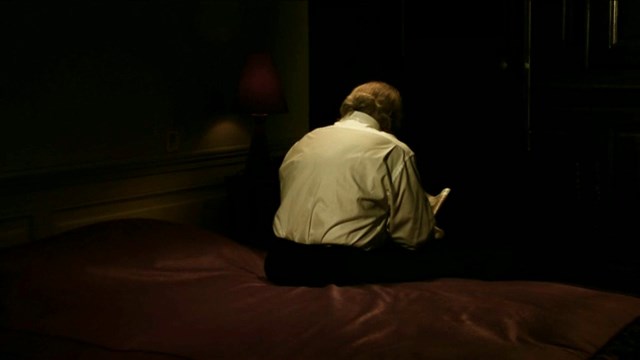 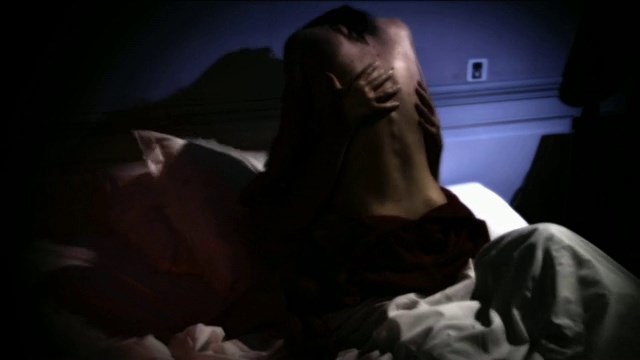 Following the phone call, a lovely young woman (Emma Pick, in what appears to be her only credited film role) enters and after a bit of conversation that I have no way of understanding, they “engage”. Come on, do I need to spell it out for you?

But this night doesn’t end the way one thinks it might, or should.

So this film is dated 2007, and I’m not sure how it only came to me now. But it’s quite good, even if I can’t understand what the characters are saying. Visually, it tells a story seperate from the characters through the use of light and camera angles. It is stylistically brilliant.

I just wish I knew more about what was going on.

So using my special short scale of one to five, five being awesome, I’m giving this film 3 rings.