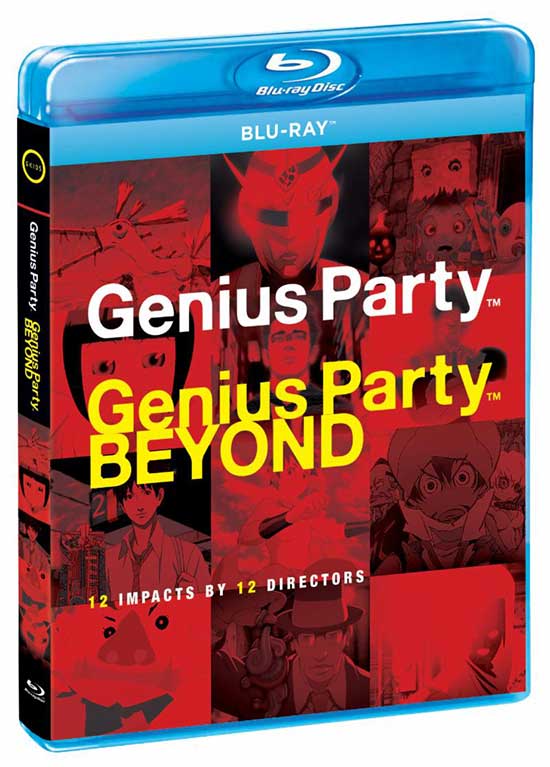 The collective of Genius Party and Genius Party Beyond emerge from the animation group Studio 4°C (MFKZ, Mind Game) who have presented a stunning visual experience rich in anime excellence. Now available for the first time ever in North America, this imaginative bunch of short stories and metaphorics can now be experienced per home viewing. 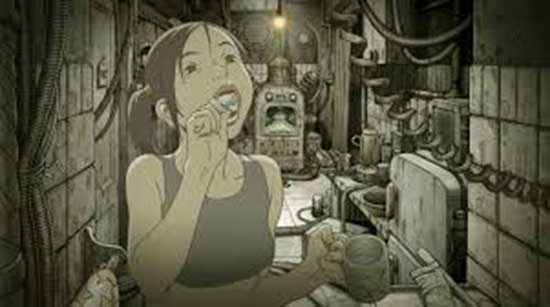 In short this release moves from 1 vibrantly engaging piece into the next taking all sorts of subjects on in addition to the actual animation styles themselves.

In the animated piece titled: “Genius Party”, a elongated birdlike figure warring a mask picks up and drops various odd egg0like stones forming a rebirth of sorts that interact with each other. 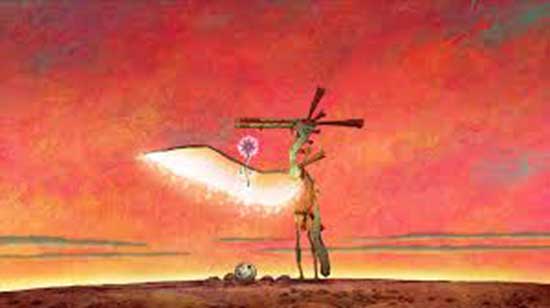 In the piece: “Shanghai Dragon” , a young Chinese boy discovers an odd device that appears to create life forms out of simple drawings. Meanwhile an all out intergalactic war breaks out on Earth as robots battle humans in a fight-to-the death survival war.

In the piece: “Deathtic 4”, using a unique form of animation stylized with a gothic feel, we join a freakish bunch that live within a world of zombies. The boy attempts to return a fallen frog to its homeland.

In the piece: “”Doorbell”, a man contemplates why he exists as he experiences alternate versions of himself

In the piece: “Happy Machine”, a baby figures out that his surroundings are fake prompting him to journey into his actual alien environment. The aliens both hostile and friendly

In the piece: “Limit Cycle”, a worker appears to be stuck in his own hell of never ending work leading him to re examine his state of being

This sets the stage for many more featured pieces on this collection. Your best is to take it in stages so that you can benefit the full regards of the story telling factors. 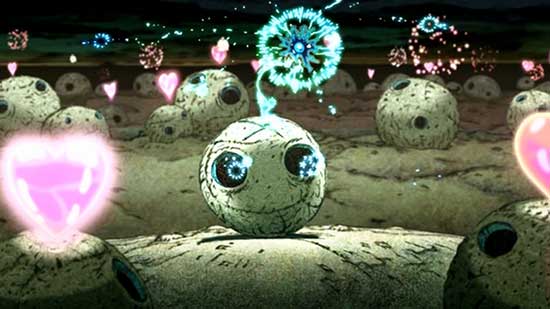 While it was not for the intent of the creators for us to “get” the meanings behind every experience, they do invite contemplation after opening up their meanings to multiple interpretations. If you simply want to just witness cool visual eye candy, then there is that as well. I really enjoyed these pieces and plan on revisiting many of these again.

A fantastic collective of fantasy-driven animations!!