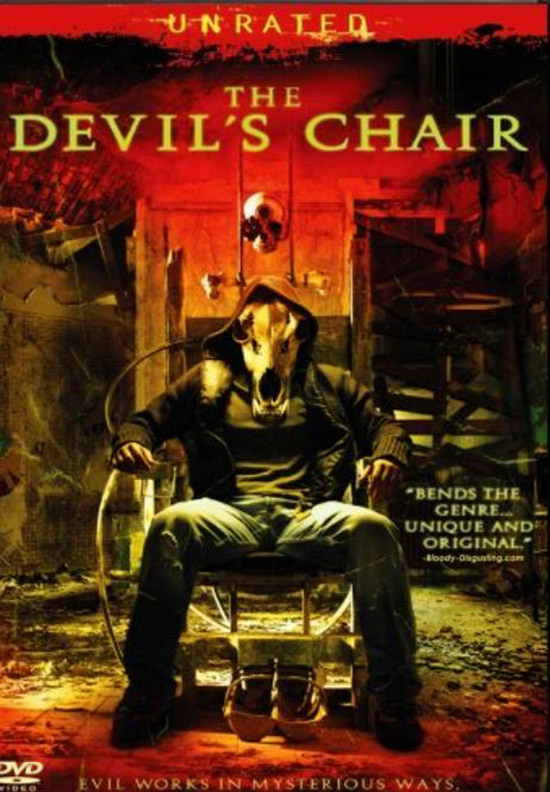 After his girlfriend, Sammy (Polly Brown), dies during a drug-addled night in a deserted asylum, Nick (Andrew Howard) winds up in a mental hospital and accused of her murder. But years later, a skeptical doctor (David Gant) returns to the scene with Nick and some students to prove his innocence. Now Nick must face the demons responsible for Sammy’s horrific death in the sinister torture chair they discovered that night.

Just finished watching “The Devil’s Chair“. Man, talk about a dark movie! I wont spoil the fun, but let’s just say it’s a mirage of reality and fiction to the point of delusional mayhem. 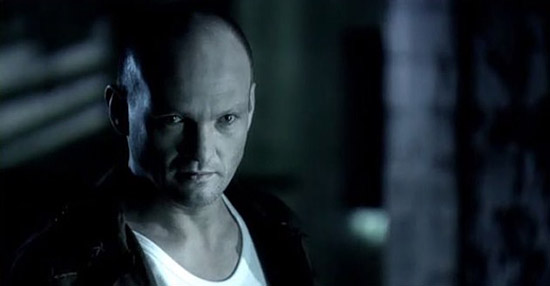 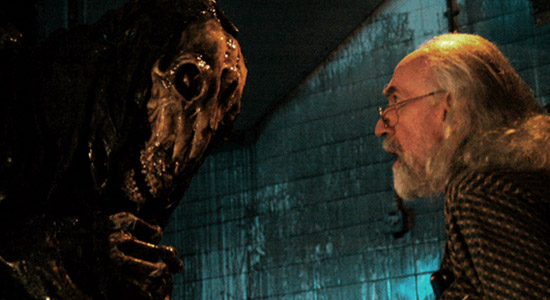 Even though it’s not any relation, this film has that Barker feel written all over it. The tone and music feels like it could squirm out Barker’s maggoty infested mindscape. To get to the point Nick (Andrew Howard) is at the center of this tale. Upon a mishap that occurred that left his girlfriend dead by way of a demonic chair and some hits of acid, Nick finds himself in a mental institution while trying to deal with the reality of what had happened. Deemed a killer, he embarks on 4 years of rehabilitation to finally be set free per way of Dr. Willard (David Gant) who remains skeptical about Nicks mental state. Let’s just say that this embarks a journey by way of returning to the original distressed Black mental asylum at which the incident first occurred. The purpose? For Dr Willard to study Nick and the darkness of this building.

There’s alot of blood in “The Devil’s Chair”, and at the same time limited on gore. Like Barker, Mason is able to take disturbing shots and make them work on screen. This is the thrill of Devil’s Chair, a brutal brain numbing blood-soaked ride into madness. Upon reviewing the DVD extras, it was apparent that the film had gone thru several re-writes every step of the way. I believe this is also what makes this film unique. At its core its very raw and unrelenting. With the element of constantly re-thinking the outcome, the story takes turns that don’t feel formula-driven.

The look of “Devils Chair” adds character to the dark story at hand. And to my opinion is well shot, well acted. and and even has that creepiness you felt in films like Session 9. 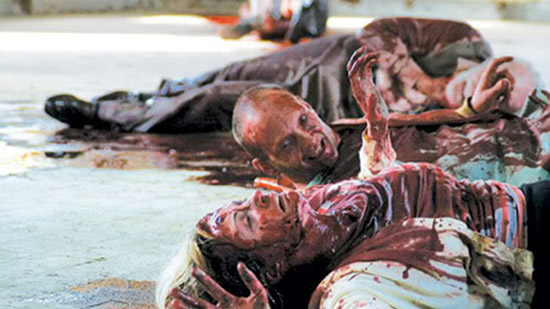 Director Adam Mason presents to us an original tale with deeply dark elements. Add to that a really bizarre and ghastly looking demon and you’ve got yourself a one way ticket into hell. The FX and devices used are well done and work for the story. Top that off with some genuine twists that you wont see coming until its too late.

Now to be honest I haven’t seen Adam’s other films yet (Broken, Dust, Prey and 13th sign) but I’m inclined now to give them a push into my viewing circle. Maybe it was intentional or note, but as mentioned before there is a definite Barker influence here that in this case is a good thing. 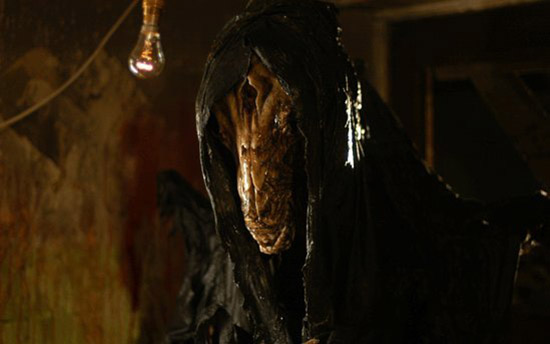 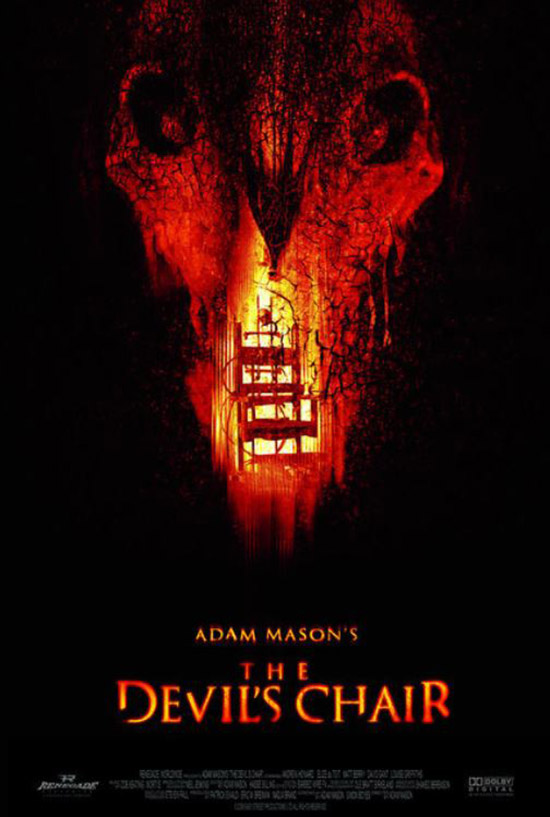 Is this a %$%*@ up movie? hell yes!
Now, do I advise all you horror fans to run out and sit thru a viewing? Yes, but only if you like really dark films. It’s definitely not one to take your date to. In that case, stick with “Scream”.However, it is a masterful dark work, so you be the judge!