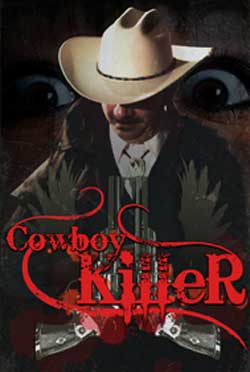 A cowboy from the old west strolls into a small town for one last hurrah causing havoc and forcing locals to take their own action.

Roy Thompson, a cowboy from the old west has ventured across the country and set up camp in a small town. This Midwestern drifter searches for a genteel lady to accompany him in one last hurrah. “Every man for himself, and treat the ladies with respect,” is his motto, but Roy loses his sanity somewhere along the dusty trail, and his imagination becomes a runaway steed. Homecoming bound teenagers, an innocent mother, her vulgar son, and a town drunk are a few of the locals that bite the dust due to Roy’s hand. A crowd of people hunt Roy for his wrongdoings. From two disgruntled ex cops, a couple of cable guys, a high school jock, an old man, a serial killer, a stripper, a bartender, and a waitress are all going to take the law into their own hands before Roy can cause any more havoc! Roy’s in for the showdown of his life before he rides off into that sunset!

With a title like “Cowboy Killer”, I really wasn’t sure what to expect. Perhaps a western slasher film, or a vigilante who kills cowboys specifically. That would be my first guess if just title alone. However, I was pleasantly surprised within minutes of starting the film.

In this time of “so” much redundancy and recycling of the same ideas “Cowboy Killer” gives us something fresh, something quirky, and something that almost demands a cult relationship in its entirety. From filmmaker Jason Baustin our film centers around one individual, actor Paul Bailey who goes by the name of Roy Thompson. Roy is in fact “somewhat” of a serial killer. But not in the traditional sense. It’s almost like he doesn’t know better and uses it to pass the day as much as he would throw down a bag of chaw. 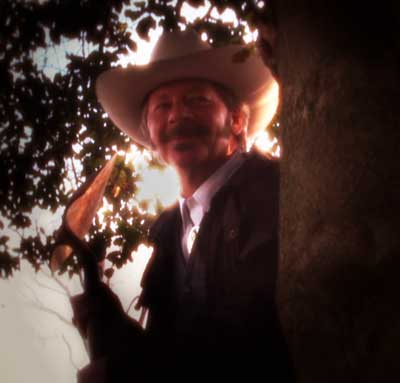 Roy is a paradox to the profile with a pleasant demeanor, a western swagger, polite, proper, classic with a tip of the hat and completely insane in an unassuming way. The local town being as down home as you get with plenty of red neck mentalities polluting the area and placing it squarely as a poster child for the white trash center of the world …has become victim to the vicious crimes of one such individual. Yep, you guessed it…the “Cowboy killer”. While ol roy goes about charming and executing, he seems to allude the locals who in any other case would have no problem recognizing the one stranger who dresses like a cowboy. In several instances, you almost expect him to give him self in, but at the heart of his clever pretentious is a personality that seems to evade the radar despite the odds. Even facing death, getting clubbed or beaten he still manages to keep a glorious sh*t-eating grin on his face.

Our film begins with young Ashley who gets invited for a ride by our favorite cowboy due to her homecoming date not showing up on time. As they ride off, she begins to suspect something is wrong as the scenery begins to change. Demanding to be let off, Roy kills her in one strike and then keeps her body around for his delusional episodes. Usually which involves a hallucinogenic date where Roy talks to her dead corpse. Quality stuff here! 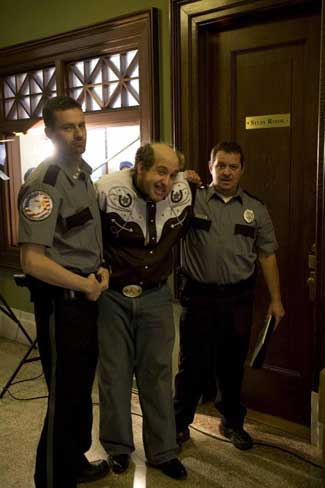 Roy is a likable loner who sees life simply through different eyes and because of it does as he wishes. As we dig further into his history, it seems old Roy has always been at home with his nature to assume the role of a cowboy. Despite ridicule past and present, he lives the life. The fact that he is an older man now and has left a trail of chaos in his wake seems secondary if not apparent to him at all. 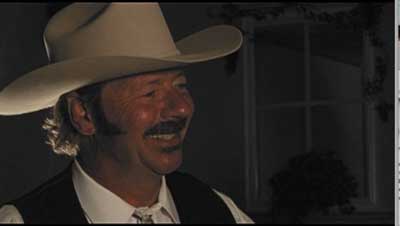 Part of the films appeal comes in the western drawl lines that Roy spits out from time to time…”Let’s go find us some real gentile ladies”. Or cast lines such as “why is it that you stabbed me in the stomach with a shovel?”, “sounds like some retarded kid is in trouble!” or “we should probably head on over to the tittie bar and figure this out!” 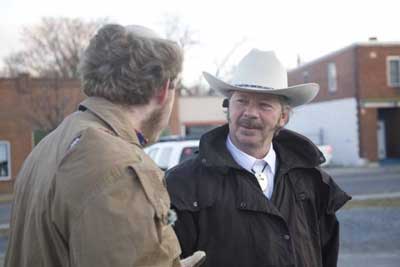 Other key moments come from 2 cable guys who are on a mission to kick ass on those who have acquired free cable without paying for it. Or the serial killer retard Ernie Murray who just wants to be the cowboy’s buddy. In fact really the whole cast offers to the dark humor of the plotlines which is a “silent ya” to the writing team of Jaymes Came and Ben Solenberger. Though as any writer will tell ya…its takes a careful eye and rhythm to direct a crew and keep it all in tact. Jason Baustin is that man, who I’m sure is already being asked “when’s the next cowboy killer” coming out? I’ll go out on a limb with the statement that I believe Paul Bailey is now a wanted man who movie-goers will demand a future encore performance from. 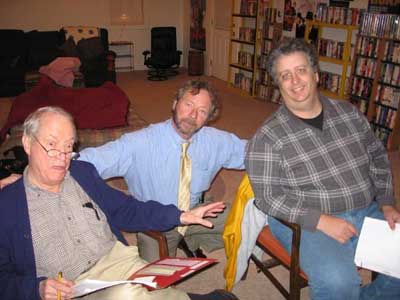 “Cowboy Killers” is in fact wildly entertaining for those looking for something new to kick back to. It provides a plenty portion of laughs too for folks who like their dark humor and horror mixed. The production level was impressive for an independent. 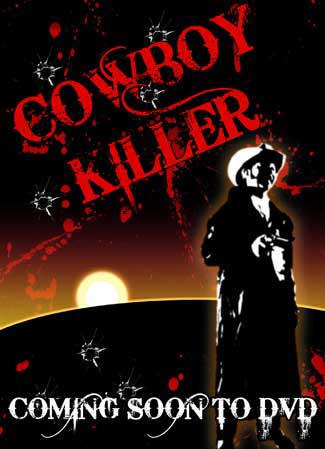 The best films are those that come along and deliver when you least expect it. Cowboy Killers is one such film which I’m happy to have found! One of the best “ready-for-cult-status” films I’ve seen this year! – As Roy would say “Your in for a real treat!”