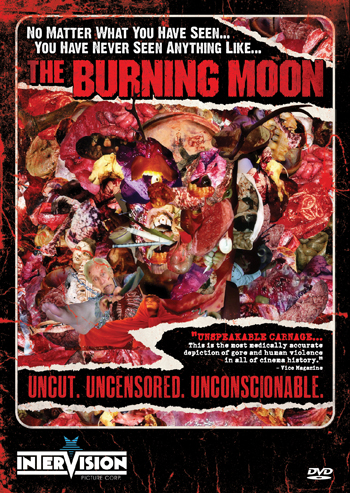 German in english subtitles. Splatter stories par excellence, linked by the narrative device of young Peter reading two tales of the macabre to his terrified sister.

This German shocker has all the right ingredients for a low budget exploitation-in-violence anthology. Directed by Olaf Ittenbach, This film is one of the earlier works by the same man who’s name has been associated with a few gory and disturbing entries into cinema. Olaf went on to direct gory splatter pieces such as “Premutos”, “Dard Divorce”, “Chain Reaction” and “Le6ion of the Dead“. What is more interesting is that he contributes the horrific special FX to a few of Uwe Bolle’s extreme pieces such as “Seed” and Blood Rayne”. 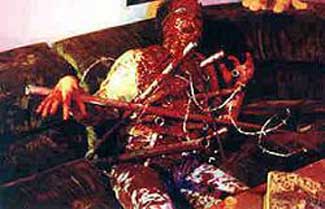 Still if that’s now enough his IMDB profile is a literal homage to the most horrific films ever created. It appears that Olaf is one busy twisted soul.

In this earlier work that dates back to 1992, The film begins as a a group of boys square off in a brutal gang battle that spares no efforts to keep from being a knock down, smash in the head, stab them till they drop encounter. Tripped-out heroin addict Peter who is also played by Olaf decides to spend some quality time with his sister by unleashing 2 highly violent bed time stories upon his sister. This family get together sets the stage as we segue into the 2 tales. The first one centers on a young girl named Julia who is just is trying to find love in hopefully meeting up with the right boy. It also centers around an escaped lunatic mass murdering psychotic. 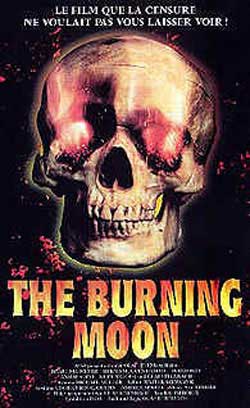 As you can probably guess the connection between the 2 becomes the basis of this tale. When she meets a new suitor who’s kind, gentle and attractive, it quickly turns into a night mare she didn’t see coming. The escape lunatic snaps easily enough that he proceeds to invade her home, slaughter the family and even find time to play a bit with the leftover corpses. Though in the wake of the blood shed, Julia stays strong and refuses to play the victim.

In the second tale called “The Purity” a deranged priest leads an abnormal double life. That is…. he rapes and murders women by night and serves God and his congregation during the day. You couldn’t have a more inappropriate combination, let alone a blasphemous relationship with serving a God and the devil at the same time. His rape scenes are pretty explicit and leave no room for mercy. …Though did we really need to see that much priest ass to make the point? The short is pretty depraved with the whole priest thing of course providing some disturbing scenes. 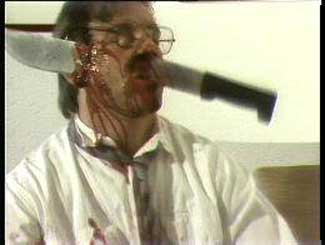 What really takes off in this film is the change of narrative when the locals begin to think the murders were done by another local. They go after him per way of a hired killer but what really makes this film is when the killer enters into hell himself as he lays dying’ The hell scene in this film is probably one of the best if not more horrifying displays I’ve scene in some time. The killer gets tortured by demons that in itself is both creepy, gory and painful to watch. Special kudos on that scene which really is an ode to the filmmakers work on this. All I can say is you have to see it for yourself. I wasn’t surprised by the gore, but I was surprised at the inventiveness of the scene as being able to pull it off in low budget form. Even beyond the production angle it manages to deliver some pretty hardcore gore. So much that it earned Olaf a reputation that served him well as he went on to create many more splatter films of equal if not exceptional conviction. this earlier film is a must see in my book for those who think “Hostel” was the beginning of this kind of stuff.

In addition to the recent re-release of “The Burning Moon” is a fascinating behind the scenes documentary detailing much of the early effects work and production work. Shot cheaply, using close friends and guerilla filmmaking, the team of Olaf and crew set out to make an extreme underground film with a no holds bar approach on the gruesome fx work. The BTS, gives a new perspective to the gory excess and how a few of the props were done. The famed “Hell” scene making up a major part of the 3rd act while kept short, gives us a glimpse at a few of the horrific props and excessive moments. Probably strangest of all, is Olaf’s younger polite demeanor fueling the work at hand.

The Burning Moon is now available on DVD per Intervision