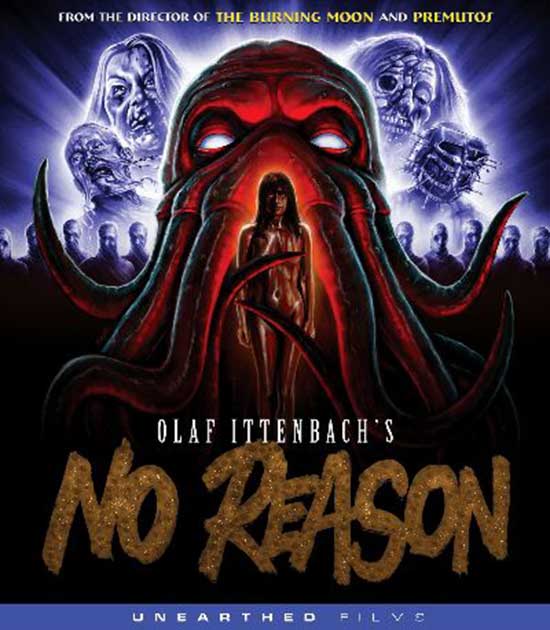 Unearthed Films to Release New Version of Olaf Ittenbach’s Gorefest NO REASON on Blu-ray, May 11
– New version is uncut and off a new scan from the master –
– “No Reason” to wait. Grindhouse Video and Diabolik accepting pre-orders now –

Unearthed Films announced today it is releasing a new version of German Director Olaf Ittenbach’s gorefest NO REASON on Blu-ray May 11, uncut and off a new scan from the master. Fans eager to get their hands on a copy can pre-order from Grindhouse Video and Diabolik now. This is the first Ittenbach title Unearthed is releasing in 2021, next will be PREMUTOS: THE FALLEN ANGEL.

In NO REASON, engulfed by anguish, and trapped inside an allegory of torment and carnage, Jennifer’s (Irene Holzfurtner) soul seeks the path of awareness and enlightenment. A harrowing journey into the pits of Hell where one woman’s quest for redemption in the afterlife is tested to the most extreme limits. 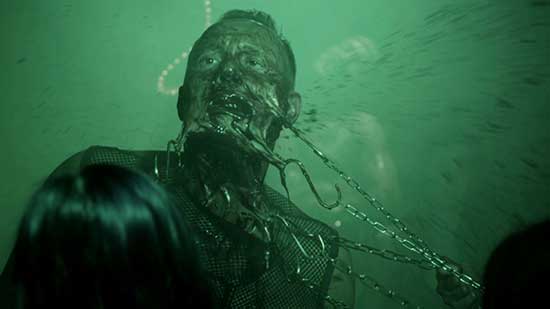 Olaf Ittenbach is one of the most prominent splatter directors to come out of Germany. Originally a practical effects artist, Ittenbach got behind the camera to direct some of the most extreme films, including the 2010 release of NO REASON.

Extras on the new Unearthed Blu-Ray feature a Making of, an Interview with Timothy Balme (Dead Alive), a photo gallery, and trailers from Unearthed Films.

No Reason Trailer from Unearthed Films on Vimeo.