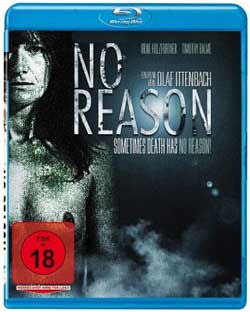 Suddenly Jennifer is torn from her comfortable and non-assuming (inconspicuous) life. While planning to move, the young mother and her husband will experience anything but an ordinary day! It all begins with a strange visit from her soon to be ex neighbor, the postman who mentions an urgent need. Later, when coming home from grocery shopping, Jennifer discovers an elderly neighbor, who is her son Niko s babysitter has disappeared. She also receives a terrifying and disturbing letter. The fateful delivery contains a macabre death poem by yet another occupant of her building, plus some compromising sex photos of her husband and the missing babysitter! To get over the initial shock of this disturbing news, she decides to take a bath, and promptly falls asleep in the bathtub. When she awakes, she finds herself on the floor of her apartment covered in blood and body parts! Centre to this surreal and horrific scene is a mysterious masked man who promises to lead Jennifer on the right path toward the sacred white light . The story continues as a tale of physical and mental torture.

I’ve been following the work of Olaf Ittenbach for a while now. Not that I get a thrill out the reality of what he does to victims in films, but more the level of inventiveness that he introduces in pure visceral nature. Which is certainly powerful. This latest film is no exception and really stands alone in the way of dark tonality and vicious flavor.

Jennifer awakes full naked head to toe. She shoots a man to death and is shot herself ending up on the table of a morgue. The perspective changes suggesting that her moments are now within this dormant state as her life fades away. 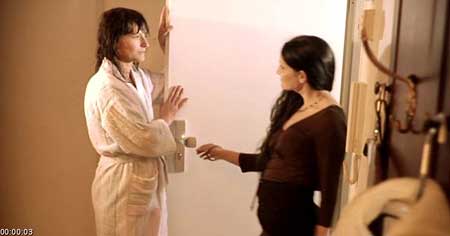 Switch to Jennifer (Irene Holzfurtner) now apparently happy with the way her life is going. Her husband and her have plans to move into a very nice cozy new home. As she prepares, she is visited by neighbors dropping by to wish her well (seemingly) But the jealous upstairs babysitter decides to leave a farewell note to Jennifer that reveals her affair with Jennifer’s husband. The event turns out to be a vindictive attempt at crushing Jennifer dream with a fatal blow of realism,

Jennifer takes a bath to ease the pain of reality and falls asleep into a nightmare. This is what takes this movie into its own classification of hellish imagination.

In one scene as Jennifer descends into a red room in what I’m calling her own personal hell, she finds herself in a torture room of sorts. A dominatrix style masked man tells her that he needs her to experience what he is about to unfold, and that he can’t have any witnesses. Then in a brutal sequence of events the man begins to torture one person after the other while they are forced to sit in a chair bound and secured. A women gets her eye punctured upon which he beats her repeatively till her lips fall off. Another is wrapped in plastic, suffocated, beaten to death and disposed of. But the one that got me the most was one victim who’s penis is cut from the front angle down the middle with scissors.

Believe it or not, it gets progressively worse, from a visual standpoint. Jennifer has to face her own fears and actions as she is made to undergo a color palette of levels that she hopes will lead her to white. Though the levels of red, green and blue will introduce her to sights unimaginable taking her straight into a hell she didn’t ask for. Her seemingly perfect life is now shattered against a dark reality of ultimate pain and suffering filled with the damned, the tortured and the demise of her sanity. 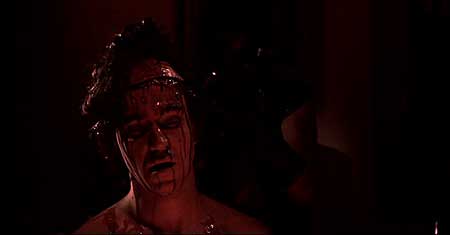 Part of what is so effective is that the practical fx are so good, they actually make you a believer. The close ups are no exception with hanging flesh and body parts ripped about.

“No Reason” although quite disturbing and horrific (no really, it’s a gut wrencher) stands as  remarkable achievement that embraces the darkness and chaos of a complete mind f*ck. I was slightly reminded of the Hellraiser series with its cenobites, of which this film takes a much darker tone and level of fx driven creativeness that supercedes the cenobium universe in spades. It even has its level of demons that while absent of leather uniforms are perfectly suited to involve the face of torture and darkness. The film actually introduced alot of logical psychology that Jennifer must endure representative of her self delusions. 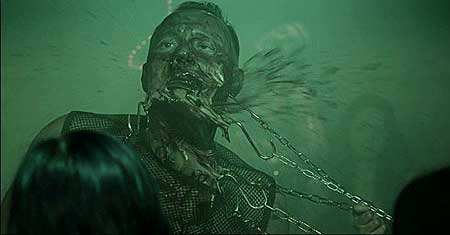 Actress Irene Holzfurtner gets extra points for portraying her role completely naked thru most of the film. It’s not meant t to be sexual in nature but more of a purity stripped of all belongings sort of experience. Did i mention that most of that she is also covered in blood. Wicked stuff!

The narrative does change a few times even with a flip on the 3rd act that suggests a sort of back and forth way of revealing the details of the story. 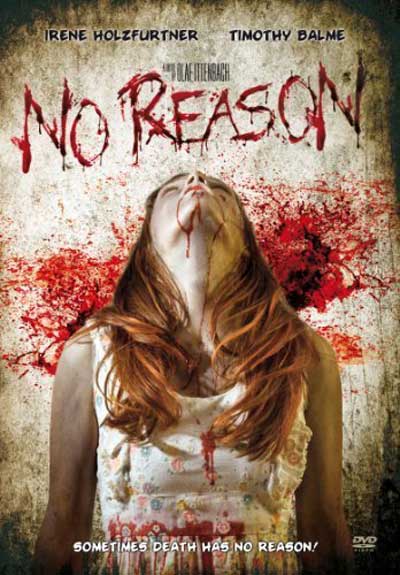 Olaf Ittenbach may create films that are too strong for most stomachs but this work stands as a piece of genius that must be experienced by fans of extreme horror. The movie does contain one scene that would definitely be  show topper for western audiences and a inclusion of bad taste as a filmmaker. It’s hard to recommend the film fully because of that but the tale is quite remarkable as a piece of violent work. Without a doubt, one of Olaf’s better creations.