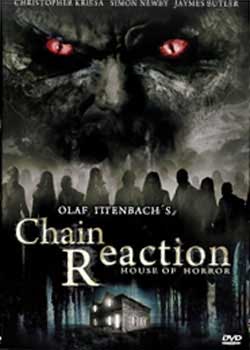 After a prison bus is involved in an accident on a country road several dangerous inmates escape. Dr. Madsen, who was in the other vehicle that was in the crash, is taken hostage by the prisoners. As the group makes its way deep into the woods to avoid the police they stumble upon an old house in the middle of nowhere. They break in and find out that the house is occupied by a strange group of people who talk like they live in a Thor comic book and are a little behind on the times. The people seem harmless enough until they feel threatened by the convicts and then we learn that these people aren’t quite what they seem. What is their dark secret and will anyone manage to escape the house with their life?

“Chain Reaction (AKA House of Blood)” started off with quite a bit of action and it never really slowed down. Just a few minutes into it we are treated to a bus crash followed by a bloody gun battle in which several people have their brains blown out. The first part of the movie is more like an action flick than anything, and it reminded me a little of “From Dusk “Til Dawn” a little due to this fact (though it was nowhere near as good). It wasn’t what I would consider a horrible movie but at the same time it did have its share of problems that kept me from enjoying it as much as I should have. 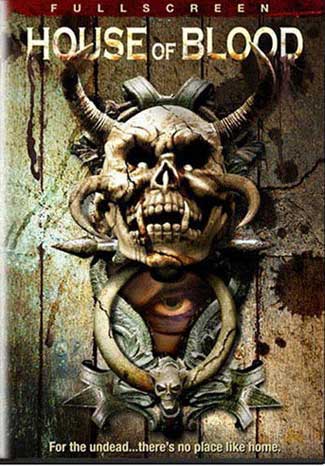 There were some things that I really liked about it. There is enough gore here to satisfy anyone who gets their kicks out of seeing loads of blood and guts. In addition to numerous people being shot in the head (and in the nuts, in one poor bastard’s case) we get to witness some cool things such as people being ripped apart, hearts torn out, and some other fun and painful death scenes. “Chain Reaction” doesn’t skimp on the violence and bloodshed, and I for one was very happy about that as I love my gore! 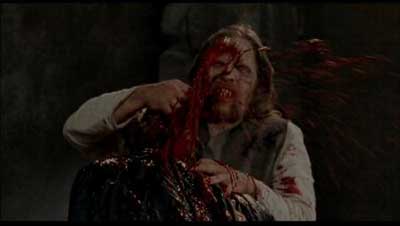 I also dug the premise of the movie as well. Having a group of escaped convicts stumble upon a house in the woods where something evil is lurking may not be the most original idea in the world but it worked. It kept me entertained and part of the fun was trying to figure out what was up with the oddballs who lived in the house who seemed to belong in the medieval period or something. The movie may not get points for being very original, but at the same time I didn’t really mind it as I was too into watching people being ripped limb from limb.At the same time, there were some things that bugged me about “Chain Reaction.” There were times that I was a little confused by what was going on. What was up with the flashbacks that Dr. Madsen kept having about Alice? Was she his mother or what? Their relationship didn’t make a great deal of sense to me and the flashbacks of Madsen (I think) as a kid were just weird and didn’t really seem to make any sense. While we are on the topic of not making sense, what was causing the chain reaction that kept causing the prison buses to wreck in the first place (and why didn’t someone at the prison decide to have the buses go another route after three of them crashed over the course of just a few months?)? I assume it was the work of the people in the house but I’m not sure (Hell, to be honest I’m not even sure I understood what the people were either. Were they demons? Ghosts? Werewolves? I don’t know). 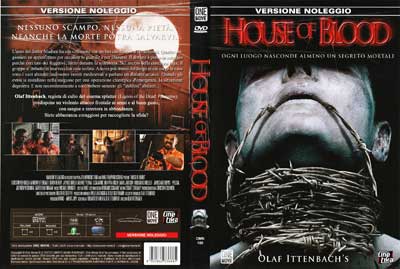 I also didn’t care for the fact that they spent a lot of time (maybe too much time) on the first set of convicts and then killed them off rather quickly. They then do the same thing to another bunch of inmates (yes, Madsen is forced to go to the same house twice by two different groups of prisoners…talk about sh*tty luck). While none of the characters were really all that likeable it still seemed pointless to spend as much time on them as the movie did just to kill them off quickly. 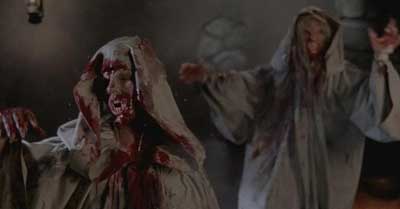 “Chain Reaction” was an okay movie but overall there was nothing really that amazing about it. It has plenty of blood and an interesting story but there was nothing about it that really stood out from a dozen other movies that had a similar plot. Check it out if you are bored and have nothing better to do with your time. It’s a good way to kill ninety minutes if nothing else, but don’t expect to be blown away by it.