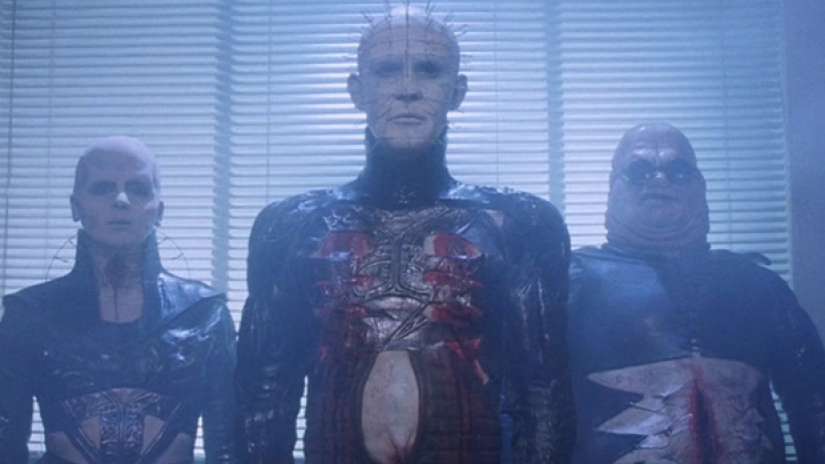 Starting in March, every month at HorrorNews.Net will feature a new Bump in the Night column by Richard Sopko. Each one highlighting a franchise, monster, or phenomenon, the column will be a chance to revisit some of horror’s beloved icons. Join the conversation with your own memories, thoughts, and most of all, your nightmares.

With nine films already in cannon and a tenth on the way, Clive Barker’s Hellraiser has earned its place in the top echelon of horror franchises. Starting as the novella, The Hellbound Heart in 1986, it is a universe that stretches not only through cinema, books, and comics, but through the eons the Cenobites have been tempting mortals into seeking their darkest, most extreme pleasures.

Jason Voorhees is averse to staying dead and has a cornucopia of ways to kill unsuspecting young people. Michael Myers has some real emotional problems that he should lay down on a head shrinks couch to talk out, but instead uses a knife and a good atmospheric soundtrack as therapy. Good ole’ Freddy Krueger, he’ll get into your dreams, yes, even the one where you and Bill Pullman are a two-headed dog. Everybody needs to sleep, so it’s impossible to evade Freddy’s next-level pizza face.

These three have caused decades of deaths, dismemberment, torture, and teenage titillation. None of them, these other heads on horror’s Mount Rushmore will literally tear you apart in hell for the rest of eternity. Only the Hell Priest, or Pinhead, appreciates the artistic fervor it takes to properly break a person’s body, mind, and soul. This is not a world of camp horror supervillains, literally a camp in the case of Friday the 13th… This is a mature series discussing the thoughts that remain buried in our darkest moments and the fires that stoke our deepest desires. 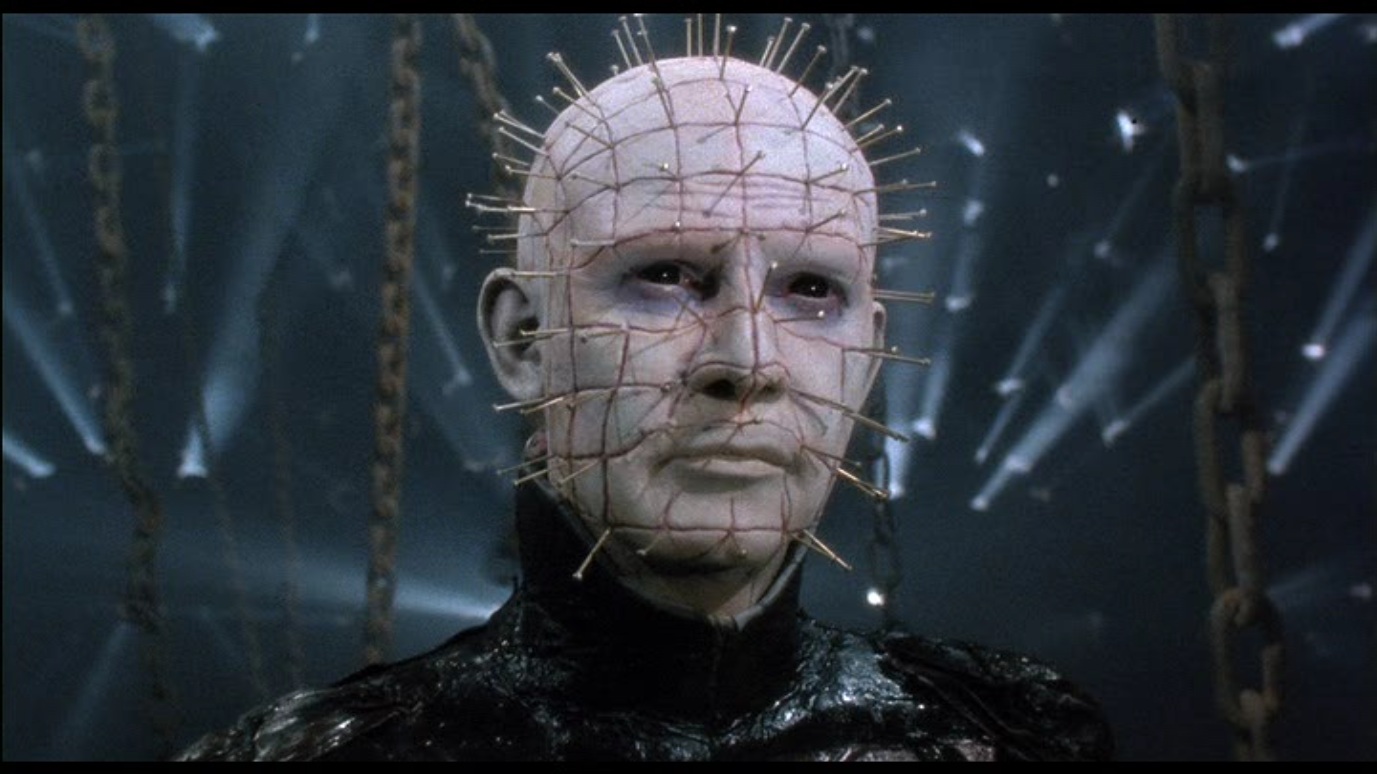 Innocence and guilt aren’t assigned in the moral tapestry of Hellraiser, everyone is merely under the power of the Cenobites. That’s one of the main separation points from other well known horror series, our small sins, the vices we relish aren’t merely reasons for our quick death but bribes to get into and under our skin. Our indiscretions used to ready our souls for what the Cenobites offer. All that is required is to solve Lemarchand’s puzzle box.

Clive Barkers ability to make the strange and surreal seem grounded is perfect when combining Hellraiser’s mix of sadomasochistic imagery and body horror. His ability to capture the truly darkest parts contained within all manner of man and woman perfectly explains the willingness so many have in succumbing to Pinhead’s Faustian bargain. We all want more; power, knowledge, sex. It’s the drive that makes it the human ‘race’ and not the human ‘begrudging acceptance of our place in the universe.’

Pinhead, played by the eloquent, Doug Bradley, acts not as the villain but as merely the power conduit by which first Frank, and then a host of others, would act out their most depraved perversities.

Simply put, that’s the staying power of the series. We all want to know what our limits would be given the power to act on them. Would you kill? Would you sacrifice the innocent? Would you eat a corndog made out of a baby? What is the extent of your desire for more than what the mortal world contains?

The film series began as an excuse for Clive Barker and the rest of his theater group The Dog Company to make the jump from stage to screen. Unfortunately, it was a collection of experimental British artists and not puppies treading the boards. Clive already had two adaptions filmed of his short stories. The Invitation, while starring some reputable character actors, is a dud. Most of the blame for that can be shouldered by the director who doesn’t seem equipped to handle the material.

The second Rawhead Rex, released in 1986, was a low budget creature feature with no notable value, but retains a fondly remembered cult identity. Clive Barker wanted to control the adopted material this time and thus Hellraiser came to be.
It’s the story of a man named Frank, who wants to find pleasure beyond pleasure. It’s not specifically stated what that pleasure is, but I can assume it involves pizza and some light spanking from context clues. 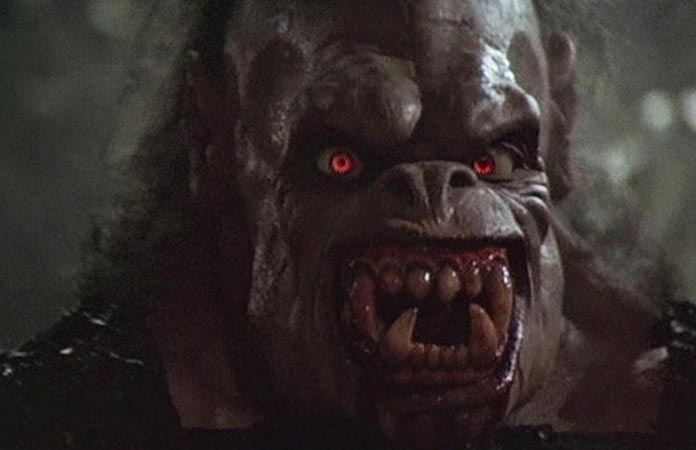 He opens Lemarchand’s box and is promptly torn apart by the Cenobites. Some time later his brother Andrew, and his brother’s wife, Julia, move in. Julia and Frank had a bunch of really wonderful freaky sex sometime ago and through a series of wacky mishaps, Frank is resurrected with the help of Julia’s human sacrifices to him. Julia is really trying to get that butt again, and a little murdering won’t stop her. Kristy, Andrew’s daughter, arrives and open’s the puzzle box, and in return for the Cenobites sparing her, she gives up Frank and he’s dragged back to hell. A nice little domestic tale.

In Hellbound: Hellraiser II, also written and directed by Clive Barker, we see much more of the world of the Cenobites. A doctor has been studying their mythology for sometime and wishes to gain access to their power. We see the Leviathan that seems to control much of the world. Hellbound might be even more grisly and depressing than the first. It’s my personal favorite; the tone and effects are perfectly macabre. There’s a sense of it being a sprawling world and incredibly small at the same time. Clive Barker knows how to tell a compelling tale and this is one of his best.

In 2015, it was announced that Clive Barker would be killing off Pinhead in his latest book. This is only a spoiler if you’ve been without the internet up until reading this, in which case, welcome. The Scarlet Gospel would be another wonderful mystique building novel for Barker. A fitting sendoff to the character, and a love letter to the fans who made him a cult figure. 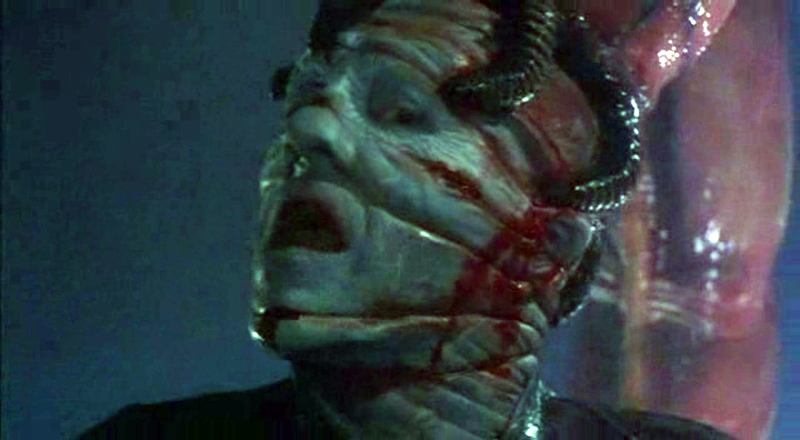 The ending of Pinhead is not the ending of the Hellraiser universe, which, through comics, has expanded exponentially from the world of the first film. These include a crossover with another vastly underappreciated Clive Barker film, Nightbreed and Pinhead facing off against the ultraviolent Marshall Law.

Hellraiser is my third favorite franchise, even though some of the sequels are damned near impossible to watch. It’s a world you can never fully understand, because it has very few rules that aren’t repeatedly broken. Still, the performance of Bradley and the grand beautiful pain versus pleasure dynamic that Clive Barker has created builds a incredibly compelling narrative.
In part two of this column, I’ll be looking at the films after Barker left. Stay tuned, creeps.

Let us know how you feel about the franchise. Will you be watching any Hellraiser this month in anticipation of the upcoming Hellraiser: Judgment? Also, what might you look like if turned into a Cenobite? Me personally: I’d have ventriloquist dummy heads that bled acid instead of joints. That’s just me though.