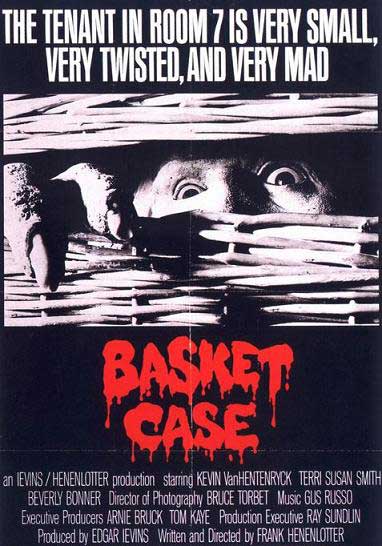 Look, I’m not a fan of remakes. They tend to be rather pedestrian affairs with only the slightest amount of the originals’ power, and as such most are utter nonsense. Case in point would be remakes of A Nightmare on Elm Street, Friday the 13th, Halloween, The Amityville Horror, The Grudge, One Missed Call and any number of others in recent years.

The thing is, despite both critical reactions and box-office numbers being pretty lousy, remakes are still being churned out. Thus, I thought I’d stick my oar in and suggest ten films that Hollywood (preferably smaller studios with some respect for the source material) could consider remaking and doing  justice to with today’s technology and production values.

Of course, ideally I’d rather there were no remakes at all, but if studios insist on making them, at least consider some different titles. There are thousands of possibilities, but here are ten horror films that could potentially provide us with much better remakes…

BASKET CASE
This could be done with a very low budget, a small cast and a great director (Edgar Wright, perhaps?). Think of the impact a modern take on Belial could have if done well. Maybe then we can forget those weak sequels to the original, and get that first film some more admiration.

RETURN OF THE LIVING DEAD
Quit it with the cheap sequels like Necropolis and Rave To The Grave. Go back to the roots of the series and bring us an updated (and just as fun) take on the zombie genre while there’s still interest. Keep it tongue-in-cheek, gory and fast paced. Hell, I’d love a go at writing this, as would many fans. 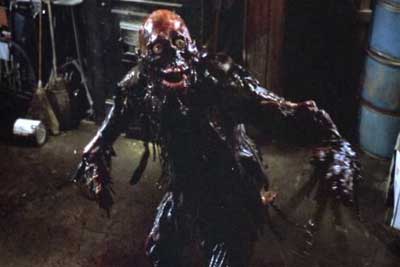 CARNIVAL OF SOULS
Again this could be remade on a small budget, and made all the more hallucinogenic with today’s camera and editing tricks. Keep the atmosphere (and the creepy visuals), and erase all memory of the ‘Wes Craven Presents’ version of it from the 90s. 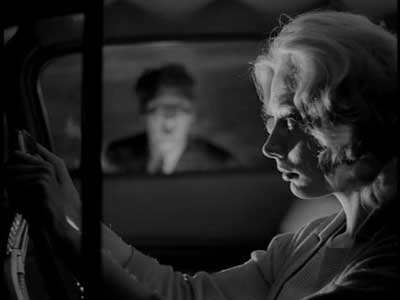 DEMONS
The time is ideal for a 3D remake of the Bava schlock-fest. Think of the things that could be done with the 3D when the demons escape from the screen. Plus, maybe this time it could also have some characters in it…

CHILD’S PLAY
There’s been talk of the Child’s Play remake for a long time. Is that thing still moving forward? It really needs to. What started out as a promising series soon degenerated into unmitigated crap, and a bleak, unnerving remake would potentially reinvigorate what is now little more than a joke.

NIGHTBREED
The potential for Clive Barker’s Cabal novel was almost realized with the original Nightbreed movie, but limited technology and budget meant that it fell short a little. A neew version, sticking closer to the book and featuring extreme visuals would be excellent. 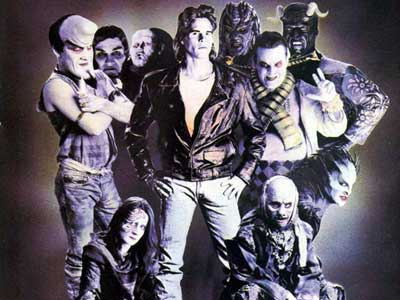 A NIGHTMARE ON ELM STREET 3: DREAM WARRIORS
The brilliant third Elm Street movie could be remade in order to save the new version of the franchise from one-off-itis. Done as a hardcore horror film with freaky visuals and tight direction, this could really reinvigorate the franchise.

TURKEY SHOOT (aka BLOOD CAMP THATCHER)
The notorious Australian post-apocalyptic exploitation movie could be the basis of a harrowing and exciting contemporary film. The locale of the bizarre concentration camp and the twisted things that go on within it would make for a memorable project indeed.

HELLRAISER
Yeah, I know this is supposed to be on the remake conveyor belt already, but just get on with it for crying out loud and quit making DTV sequels that nobody watches. I know Dimension wanted to keep hold of the license and thus made Hellraiser: Revelations, but that’s not gonna help the franchise much. Get on with bringing the original story to a modern audience with modern scares, and Clive Barker. Let the man himself complete the tale once and for all. 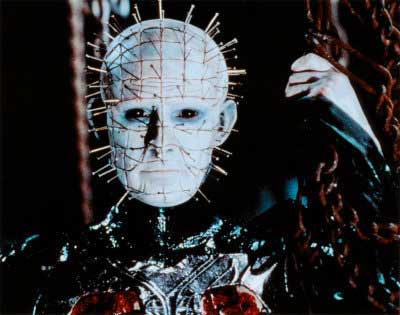 No matter how much we may complain that the quality of remakes is low, that they are needless and disrespectful, they still get made. Far from giving in and just letting the tide of crap wash over us, how about we at least try and get something decent made. I’m sure that a remake or two could even be good with the right director, script and cast, but until fans really make their voices heard, we’re stuck with them. What would YOU like to see remade?