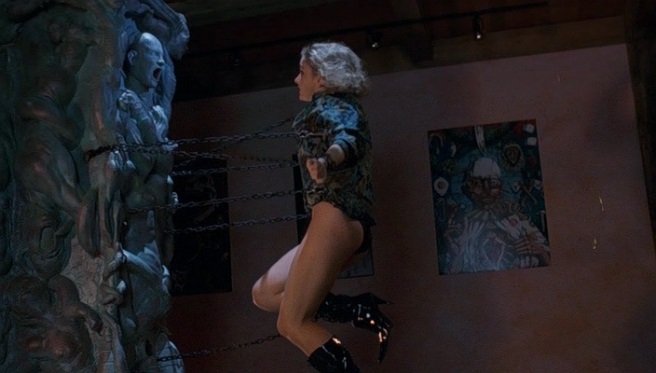 In part two of this month’s Bump in the Night, we’re looking at the non-Barker Hellraiser movies. Of all the major franchises, Hellraiser has by far earned the least at the box office. The first two films were bona fide successes, but there came a steep decline in returns. The series was quickly relegated into direct-to-video purgatory.

This is not to say that there is nothing of value in the movies after Hellbound. While they may not say much about the human condition, and like many horror films of the mid-2000’s, the special effects leave much to be desired, there are moments that can be considered franchise bests. Just keep the fast-forward button under a thumb.

The second major thing to note is that many of the later films in the series are based on scripts which have nothing to do with Hellraiser, they were adapted into the series because the Cenobites, especially Pinhead, made the films more marketable.

So let’s take the leap and start with number three:

Hellraiser III: Hell on Earth – Pinhead, has pins in his head, makes sense. Chatterer, big freaky chattering teeth, which also makes sense. Hell on Earth has Camerahead, sure, he does have a camera in his head, but the Cenobite also throws CDs at people to kill them…for a film released in 1992, this seems totally appropriate and not insane at all. Looking at it in 2017 it seems painfully dated. Pinhead finds himself as an art installation and uses the gallery owner to revive himself. From there it’s basically nonsense, I needed Wikipedia to help make sense of it. It even ends with a preposterous standoff involving new Cenobites like the previously mentioned Camerahead. This is as close to campy as Hellraiser ever gets. Lacking the body horror and human tension of previous films, it greatly misses the mark in tone. It’s very watchable and feels larger in scope and more polished production wise. Certainly not perfect, but a fine watch. Wait awhile after after watching the first two, or the slide in quality will really be felt.

Hellraiser: Bloodline – Pinhead! In! Space! The franchise goes where Leprechauns, Critters, Kung-Fu Jason Voorhees, and even Dracula have all gone before, the future! This serves as an origin story of Lemarchand’s box, and Pinhead’s relationship to it. On a spaceship in the year 2127, the puzzle box maker’s relative is telling the tale of it’s creation. It also features a building sized Lemarchand’s box and Angelique, a previous ruler of hell. It’s fragmented, dragging under its own weight. There are some good moments, however that fast-forwarding button is really going to come in handy. A notoriously troubled shoot that led to original director Kevin Yagher removing his name from the film and replacing it with the pseudonym Alan Smithee. Doug Bradley really shows he has a deep understanding of the character and is the clear MVP of the picture. 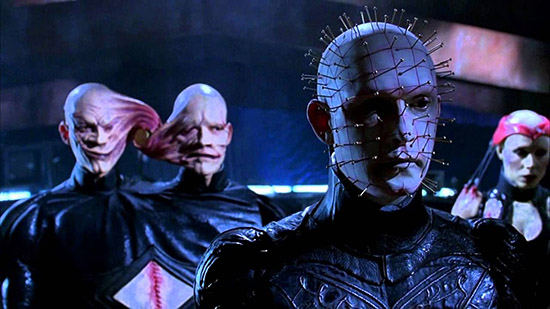 Hellraiser: Inferno – The first of the movies not originally a Hellraiser movie. Scott Derrickson is writer/director, you may know him as the director of the recent hit Doctor Strange. It has more of an auteur’s touch, which doesn’t always work for the material. Some scenes could have been helped by a more traditional storytelling approach. You can definitely feel that this wasn’t always going to be a Hellraiser movie, but that fact doesn’t lessen the impact. A corrupt detective played by the star of Nightbreed, Craig Sheffer, is drawn into a world of violence and murder after finding a particular puzzle box at a crime scene. The film also stars offensive-stereotype, Nick Turturro, and the great James Remar. Fifty-percent of the movie works and the other half most distinctly does not, specifically the over-used CGI. As a Hellraiser movie it’s uninteresting and should be skipped, it doesn’t really fit into what we’ve come to know of the Cenobites. However, it’s not bad for another entry into the genre, ‘‘Person slowly going insane… or is he?’’ 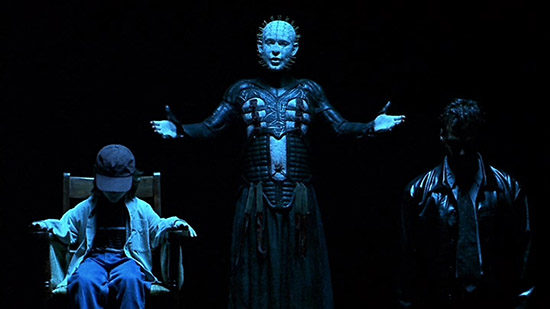 Hellraiser: Hellseeker – Featuring the return of Ashley Laurence as Kristy, but to no great effect. She’s the final girl of the first two films, but seems cursory in importance. Here, Dean Winter is the lead character but I can’t ever look at him without thinking of Dennis Duffy, the beeper salesman he played on 30 Rock. Hellseeker concerns Kristy and her husband, Trevor. After a car accident, Trevor wakes up months later and Kristy has disappeared. A low point of the series and first outing for director Rick Kota, who directs the next two as well. Also, the final entry with involvement from Clive Barker. Very avoidable although it does feature Pinhead coming out of a man’s back while he’s getting acupuncture, which is ridiculous. 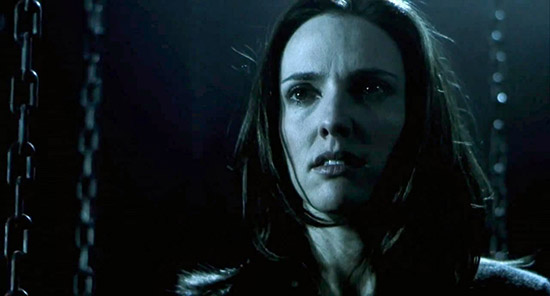 Hellraiser: Deader – Fresh from her award winning article, ‘‘How to Be a Crack Whore,’’ Amy Klein, played by Kari Wuhrer is sent to Bucharest to investigate a cult. The group known as the Deaders is led by a relative of Lemarchand. It’s narratively interesting and carries itself with an undue amount of good taste. The effects are improved significantly over Hellseeker, being more practical and less CGI. Even with no input from Clive Barker, this seems like a real continuation of his world, with it’s imagery and debaucherous attitude towards sex. Even though the Cenobites aren’t seen until the end, it’s the best of the later Hellraisers. 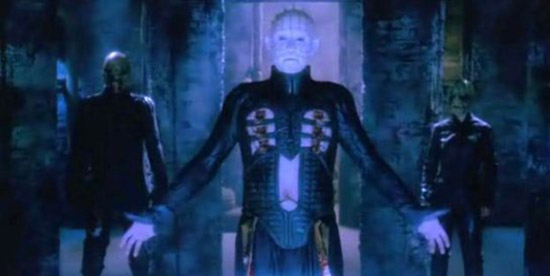 Hellraiser: Hellworld – Pinhead gets meta, an online computer game based on the Hellraiser series called ‘Hellworld’ has several kids addicted to it. I generally love movies focused on old technology, if only to laugh at how advanced we thought it was. This is no different, for 2005 the technology seems like it’s from at best 1998. The film features a baby Henry Cavill, so I like to think that this is as close to Superman versus Hellraiser we’re likely to ever see. Lance Henriksen plays the host of a party for fans of the game who have solved a puzzle box. He’s effectively creepy, but the movie drags for far too long. It’s not boring, but so bogged down in setting up details that don’t pay off that it feels like a waste of time.

Hellraiser: Revelations – The Weinstein Company suddenly realized they had to make a Hellraiser movie or they would potentially lose the rights to the series. Much like Roger Corman’s notorious 1994 Fantastic Four movie, which was made under similar circumstances. The results are insultingly awful, both in taste and title. Shot in eleven days for 300,000 dollars and filmed in two locations, it’s nearly unwatchable. The main character’s attempt at a beard looks like a teenage boys first pubic hairs. His acting is equal to the previously mentioned testicles ability to emote. It’s top to bottom a waste of time and an insult to the franchise. It’s short so it has that going for it; mercy, thy name is swiftness. 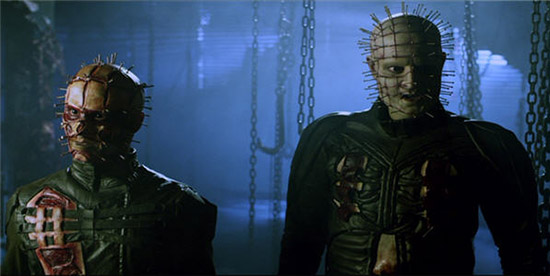 That’s all of them so far. Hellraiser: Judgment has a tentative release date of March 28th, but it’s unconfirmed. It also won’t have Doug Bradley, who refused to sign an NDA before reading the script, and in my opinion, rightfully so. Revelations was the last film without Bradley and its absolute garbage, not trash, which I like, but garbage. It’s a subtle difference.

Until next month, stay spooky.

Leave your thoughts on these sequels below. Which do you feel is the strongest entry in the series? Comic, book, or movie? Let us know.