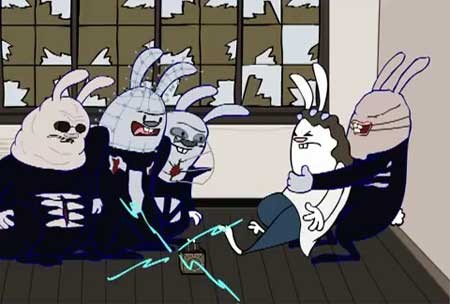 Hellraiser in 30 seconds, re-enacted by bunnies

More short films, kids! My selection today is a little different – HELLRAISER IN 30 SECONDS (AND PERFORMED BY BUNNIES).

Yup, you read that correctly. This is part of the now legendary “30 Second Theater” series from Angry Alien Productions, which is a one-woman company founded by Jennifer Shiman.

For those of you who don’t know what the heck I’m talking about, Ms. Shiman created her award winning webseries in 2004, in which she has a cast of animated bunny rabbits re-enacting major motion pictures in 30 seconds. The webseries was quite successful, leading to new shorts being produced by Angry Alien for Starz and FEARnet, as well as a DVD release of collected shorts. 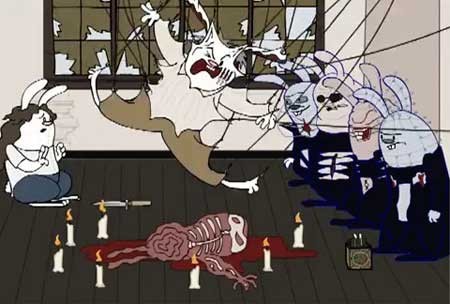 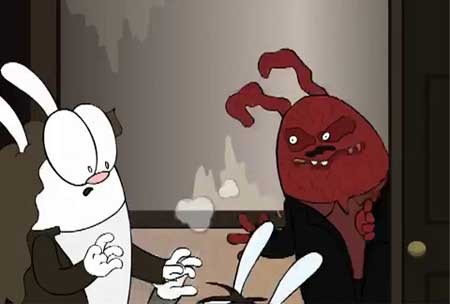 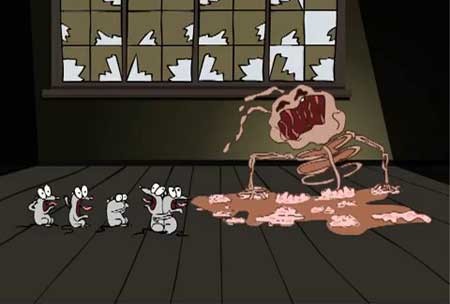 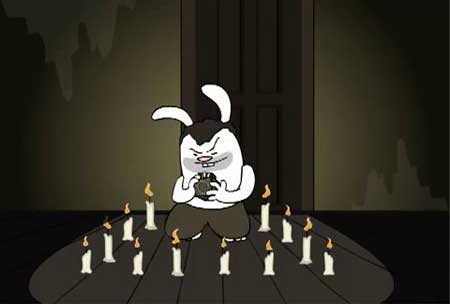 The series doesn’t just parody horror. There are “bun-o-vision” shorts of TITANIC, BORAT, BROKEBACK MOUNTAIN, even STAR WARS. There’s something for everybody. If you’ve never seen any of them before, I encourage you to visit the official website (www.angryalien.com) and have a blast.

I understand that Angry Alien is going on an indefinite hiatus, and that the parody of BLADE RUNNER (which is on-line right now) will be their last for some time. I don’t know exactly where this particular short falls in order of release. I couldn’t find any sort of “date of release” list anywhere on line. Even on the official website , the titles are listed alphabetically.

I do so love these silly things. That’s all they are – silly. And sometimes that’s all one really needs.

So using my special short scale of one to five, five being awesome, I’m giving this film 4 carrots.