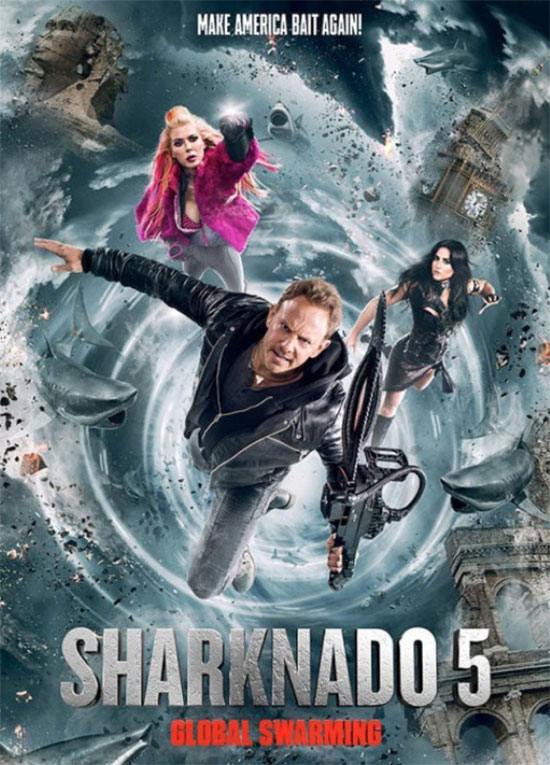 With much of North America lying in ruins, the rest of the world braces for the inevitable: a global sharknado. From London to Asia, South Africa to Mexico, Fin and his family must put a stop to the sharknados once and for all.

“Sharknado”. Ah, yes, the little film from The Asylum and SYFY that we used to think would be just a one-hit wonder. Look at you now. You have become internationally known. Your title has appeared in slang as a word meaning a massive and unexpected situation, or series of situations, causing a negative impact. You have a fairly solid following among fans of weird/bad/cheesy movies.

Most amazing of all, you spawned four sequels to date with the threat promise of more to come. 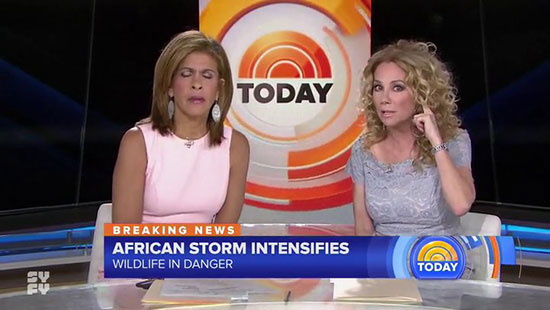 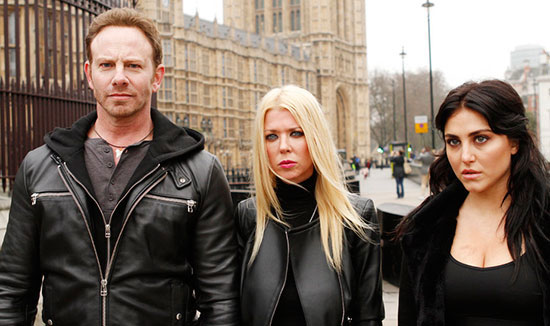 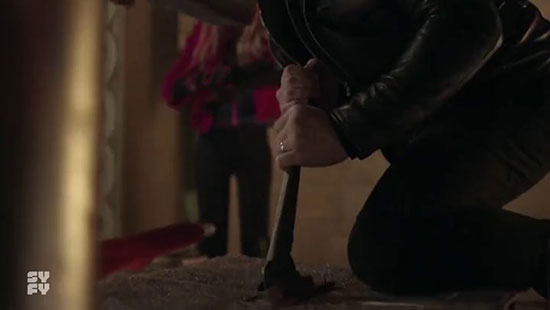 The most recent installment, “Sharknado 5: Global Swarming”, has landed. It continues the on-going hell that is the life of Fin Shepard, his family, and their close friends as another shark-laden storm threatens the safety of mankind and causes spikes in reported cases of galeophobia/selachophobia. This time, the threat isn’t just to the good old USA; the whole world is a chum bucket, and the sharks are in a blood frenzy.

To be fair, I gave up on the series after the second film. The original was fun and silly. The second movie seemed forced as it attempted to embrace the media whirlwind caused by the previous one. Every time I saw another Sharknado movie was released, I avoided it. To give “Sharknado 5” a fair review, I felt I needed to see the ones I missed. To my amazement, starting with “Sharknado 3: Oh Hell No!”, the movies turned out to be pretty interesting.

After the misstep with the first sequel, writer Thunder Levin and director Anthony C. Ferrante seemed to embrace the lunacy and turned the series into a geek version of “Airplane!” with references to other films and TV series as well as topical humor and groan-inducing one-liner jokes. Combine those things with The Asylum’s low-budget techniques and snicker-inducing CGI effects and you have a near perfect storm of comedy for people who like their jokes in large volume, regardless of the inconsistent quality. 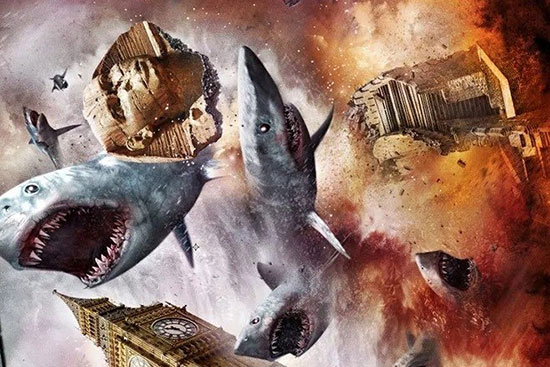 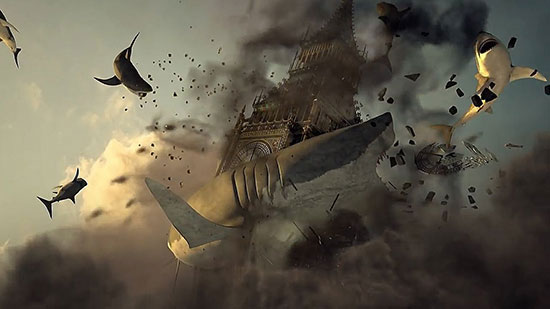 With each installment, the problem with sharknados increases as the storms multiply and then start absorbing items like sand, boulders, fire, electricity, radiation, etc. to multiply the threat. Poor Fin Shepard (Ian Ziering), his wife April (Tara Reid), and a revolving gathering of family and friends always seem to find themselves in the crosshairs of each storm, and they struggle to stay alive, save people, and stop the slaughtering storms. During the course of the series, Fin and April have a new child; April becomes a bionic weapon in human form; and dozens of celebrities, both large and small, make cameos only to become shark chow.

“Sharknado 5” gives us a global sharknado storm after an ancient artifact is recovered in an opening sequence liberally lifted from “Raiders of the Lost Ark”. During the chaos, Gil Shepard (Billy Barratt), born to Fin and April at the end of the third film, is sucked into the massive storm. Of course, this means the race is on to rescue him and to stop the coming sharknado-induced apocalypse. Fin teams up with Nova (Cassandra Scerbo) from the first and third films as she is now the leader of a worldwide covert organization determined to eradicate sharknados (and sharks in general).

Don’t think about the set up too much; you will end up confused and frustrated. Just accept it and ride the wave of ridiculous.

How does this “episode” stand up to the previous films? 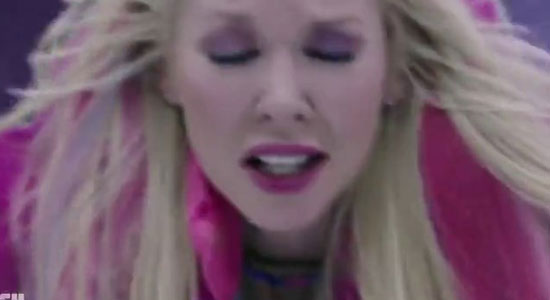 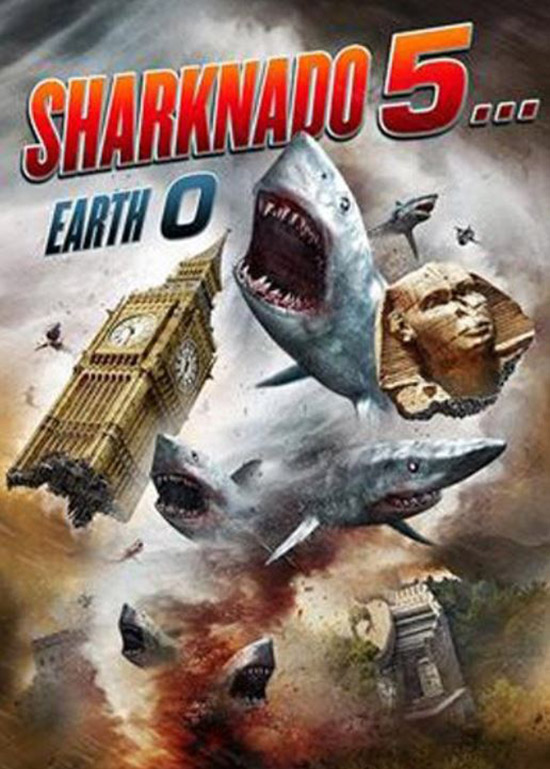 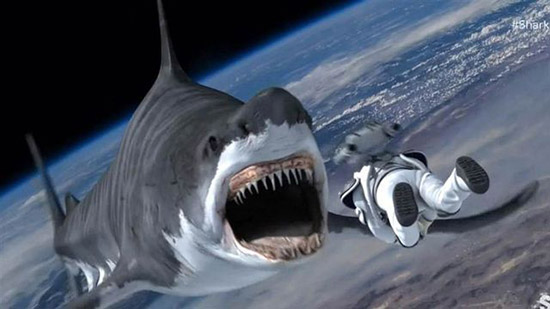 It keeps the tongue firmly in cheek. To give you an idea of how far the film stretches for a joke, two characters are transported by the storm to a cantina named Duran Duran in Rio. Nice double reference combining 80s music and, by extension, the Jane Fonda classic “Barbarella”. Near the beginning, a character folds a map in on itself to reveal secret information, and the character thanks Mad magazine for its long tradition of a fold-in back page with a hidden message and image. The actors do this with all-possible seriousness, which tends to make the humor better. Sadly, not every attempt at humor works, but they went with quantity over quality, which keeps the tone from bogging down.

Speaking of the actors, most of the main cast continue to do solid jobs, especially Ian Ziering and Cassandra Scerbo. Given the intense lunacy of the dialogue at times, the fact the actors can get the lines out without laughing is a feat, but, in their own way, they also do their best to make their characters likeable and not just people spouting nonsense. Tara Reid on the other hand seems to be going downhill after the third film. She looks tired and bored and isn’t given much of any consequence to do in the new film.

The Asylum’s CGI crew seem to still be hit or miss. Some things actually look fairly good given the low budget, but then they throw something in that looks almost like a failed homework assignment from a first-year tech school student. On the plus side, the sometimes-iffy CGI actually fits the tone of these pieces of hokum.

Overall, the whole thing works. Admittedly, towards the end, you get a kinda bleak set of scenes that incorporate themes and images of loss, sacrifice, and desolation that just doesn’t seem to fit, even though they toss in what seemed to be a reference to the Star Wars prequels. While that did rather shatter the joyous mood of grins and giggles, the final scene redeems the darkness, and sets things up for another, and hopefully the last, Sharknado film.