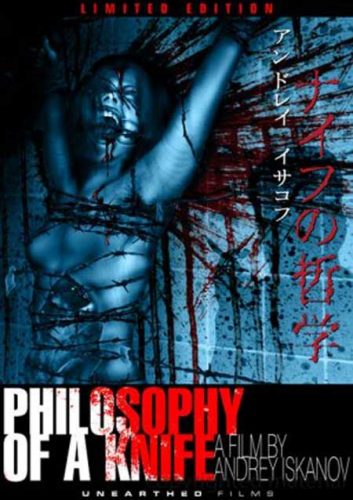 In World War II Japan, a covert division known as Unit 731 conducts gruesome experiments on humans in its research for biological and chemical warfare.

Andrey Iskanov is a Russian filmmaker well known for the artfully disturbing images he puts on our screens – Ingression, Gvozdi (aka Nails), Visions of Suffering – but probably best known for what also might be his most inaccessible film, Philosophy of a Knife. Part documentary, part art film styled dramatization, and part torture fest, Philosophy of a Knife tells the story of Japanese Unit 731. Piecing together what little recorded evidence that remains, mostly through limited wartime footage and an on-camera interview with Anatoly Protasov, a former doctor and military translator, the film documents the brutality and horrors that the Japanese (and Soviets) committed in and around World War II. 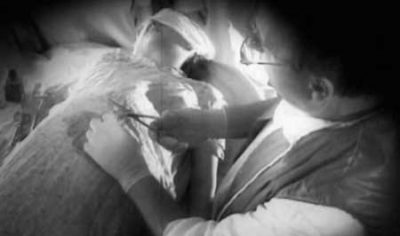 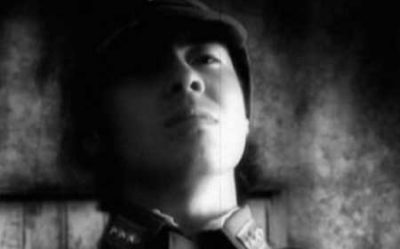 Much like the stories of the Nazis in Germany, Unit 731 is said to have participated in chemical, biological, and even medical experimentation, using their prisoners as their guinea pigs before secretly disposing of their bodies. Horrible atrocities are described within this film, right alongside a good deal of historical information, most of it stuff you probably never learned in school. But with a 4 ½ hour running time, even the most die-hard horror fans will have a hard time fully getting into this one. 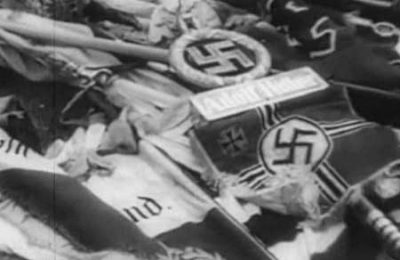 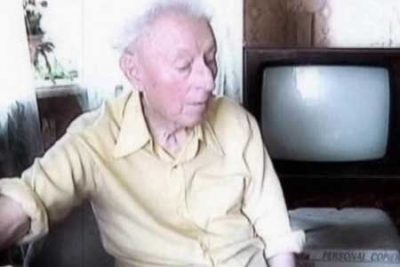 If you’ve seen any of Iskanov’s other films, you already know he has a great talent with the camera, and that is on display once again here. Whether it’s the opening scene, an almost calm black and white shot of soldiers marching a blind-folded man through the snow to his death, or the later chaotic scene of a woman in the foreground playing a mouth harp while a hooded man in the background mutilates bodies with a hatchet, all while a narrator tells the story of bacteria-filled bombs that would be dropped on enemy soldiers. While I often applaud filmmakers who play multiple roles on their films, Iskanov’s writing and directing and special effects are all well done, but I have to wonder if this might be an easier film to digest if someone else stepped in to help with the editing. There are great shots, and the editing is great in short bursts, but there is no reason for this film to have passed even the three hour mark, much less the four and a half mark. It’s just too little spread across too much. 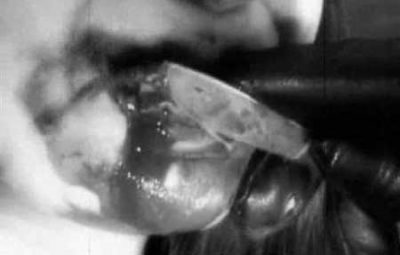 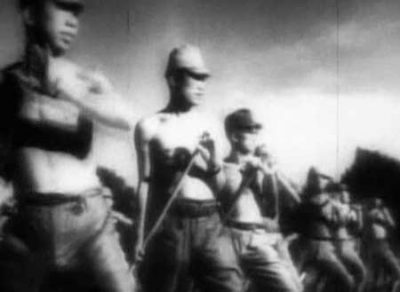 What does Philosophy of a Knife fill its extensive run time with, anyway? There are three different things going on throughout this film. Sometimes, as I mentioned before, we have an on-camera interview with Anatoly Protasov, who lived through the time in question and spoke with people who saw things. He is able to give first-hand (and sometimes second-hand) details about what life was like at the time. Other times, we have real footage mixed with re-created footage of the war, and the time around the war, with historical narration/commentary by Stephen Tipton. And other times, we have the dramatizations of what some of the tortures and experiments might have looked like, mostly dialogue-free, aside from the screams, but sometimes narrated by Manoush in the role of a former nurse who would have been on the scene. Through these three distinct approaches, we learn the general story of Japanese Unit 731.

Now, seeing as this is a horror site, you probably want to know some of the grisly details as far as what, specifically, is contained in this film. It is gruesome and pretty brutal, but aside from a couple scenes, this is more tame than I imagined it might be – in other words, don’t believe the hype. I’d say it’s on par with The Men Behind the Sun (another film focused on Unit 731), or maybe just below it, in gore content, but from all I had read I expected much worse. (I recognize that this is not the film’s fault, and instead rather solely my problem, but I did want to make a brief mention here.) There are decapitations and other dismemberments, babies torn from wombs, melted and irradiated flesh, teeth torn out, forced rape/venereal disease transmission, and in what is by far the nastiest scene, bugs forced inside a woman’s vagina. So yeah, there are a lot of uncomfortable moments here. 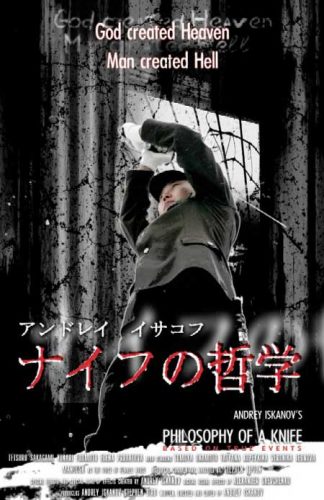 Philosophy of a Knife seems to be stuck in a Catch-22 – on one hand, it’s too over the top and gory for most people looking for a straight-forward documentary about Japanese Unit 731; on the other hand, it is probably too long and drawn out for the average horror fan to find entertaining. Neither of these accusations should be read as saying that it is a poorly done film, or in any way a bad film, but they more relate to what I said at the beginning: this is not an easy film to sit down with and enjoy. As an Unearthed Films production, it no doubt belongs on every collector’s shelf, but I imagine more often than not that that is where it will stay…on the shelf.