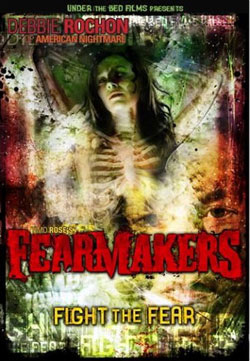 A terrified man runs down a street, followed by something hidden in the darkness. He slams the door to his home, believing his is safe – but doors can’t keep this horror out. A ghoulish apparition suddenly appears, killing him in a most horrific way Sammy and Tom are paranormal investigators, trying to solve a case that has haunted Tom for years. Every year, he comes to Germany – and every year, he leaves empty-handed. This year, however, they run into Donnie, an old friend who informs them of an unsolved mystery that’s right up their alley. Donnie’s American friend Sarah has been having nightmares. Her sister was brutally murdered and voices from beyond have drawn her to Germany, where she believes the answers must lie. Teaming up with Sammy and Tom, the group tries to seek out answers to the murder – and the ghoulish deaths that are befalling citizens of this small German town. The people here know more than they let on and no one can be trusted. Friends become enemies – and the living become the dead. Who was responsible for the murder of Sarah’s sister? What secrets do the town’s mysterious strangers hide? What does the vicious phantom want? All will be revealed – by the Fearmakers.

When a person is wrongfully murdered, the belief that the victim’s soul is stuck and cannot rest in peace until their murder is rightfully avenged. In the case of Timo Rose’s Fearmakers, a psychic woman, who can see through her murdered sister’s spirit, is aided in solving the crime of who killed her sister. Also, everyone involved in the murder that even though the body is dead, the soul lives on to repay them in the most inhumane way of revenge. 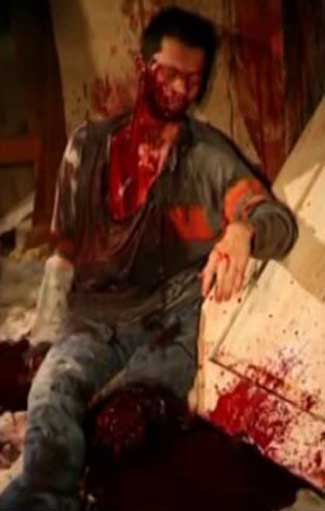 The psychic women, Sarah Campbell (Debbie Rochon), is shown being haunted in her dreams of pictures of possible people that could have murdered her sister, Tanja(Tanja Karius). Sarah lives in Chicago, IL, and is currently getting visions from Tanya’s home in Germany. After seeing a vision of a Tanja’s husband brutally murdered by a spirit, she is accompanied by good friend Donnie(Andre Reissig) to meet up with some paranormal experts in Germany.

The paranormal experts are Tom(Joe Davison) and Sammy(Timo Rose), and are both educated but skeptical about the existence of spirits. They are both baffled when Sarah explains that she can see the faces of the murderers of her sister, and agree to help her solve the crime by doing an analysis of the crime scene photos. Sarah is convinced that her visions are who the murderers are, and she begins to have visions of another male, Chris(Andreas Pape). Chris is repeatedly shown having arguments with his girlfriend, Kathrin (Sabrina Brencher), and are completely in German dialogue. Chris leaves the house, and meets with the Detective Keppert(Thomas Kercmar), who is also in cahoots with the murder. They talk about the murder, and seem worried about their near future. 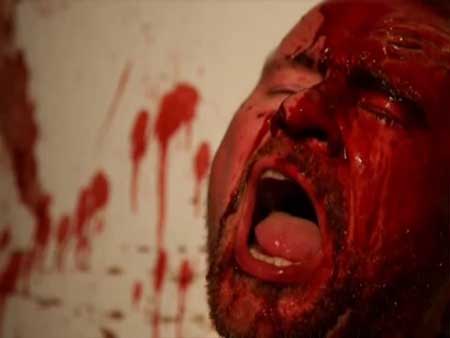 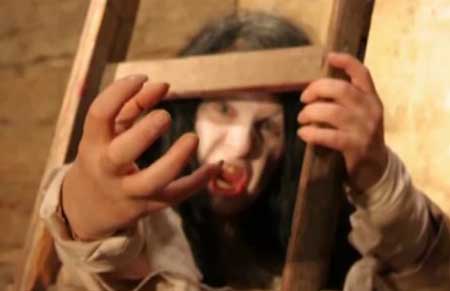 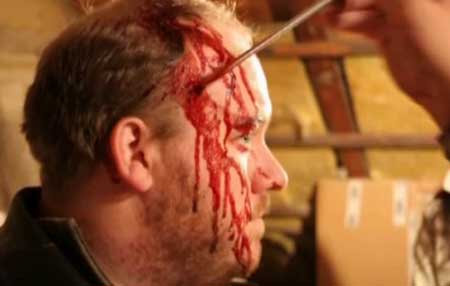 Sarah develops a relationship with Tom, and finds that she can open up to him about her past between her and Tanja and being raised by a single parent. Sarah convinces Tom to call Detective Keppert, and they have a meeting in which the Keppert urges Sarah to stay out of their business. After Sarah is rejected, the revenge spirit comes after the Detective and kills him as savagely as Tanja’s boyfriend. Sarah and Kathrin now are having the same visions, and Kathrin picks up the urge to defend herself from demanding Chris. She shoots him, and they have an emotional discussion about how bad things are getting. Sarah convinces Tom to go to Chris’s house, and get there as the ghost is attacking Chris with CD’s, slicing him into pieces. Sarah realizes that the revenge ghost is not Kathrin’s spirit, and leaves with Tom in fright.

While Sarah is riding in the car, they find a passenger in the backseat, Kathrin. Immediately, Sarah is angered by one who was present to her sister’s death, and Tom finds it difficult to calm Sarah down. Kathrin reveals the truth that Chris cheated on her with Tanja, and that her death was a mistake that they could never live down. Tom calls Sammy telling him that they are dealing with a crazy spirit that will not stop until it gets vengeance, and they all head to the shack where Tanja’s body is buried. With salt and knowledge of what the spirit is after, the team of investigators and Sarah try to stop the revenge spirit from wreaking more havoc. 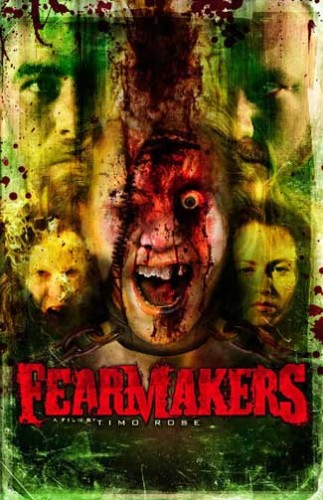 The concept of a revenge spirit is not anything new in movies, but what made Fearmakers stand out above the rest were its vicious kill scenes. Bodies are shown being torn apart, disemboweled, sliced up, and stabbed by a meat hook.

The revenge spirit is not shown in the beginning of the movie, but then is portrayed as in holographic/CGI form. Towards the end of the movie, the revenge spirit is in human form, and looked a mix between: a creature from Sam Raimi’s Evil Dead and dressed as Samara from Gore Verbinski’s The Ring. The shack and skyline were placed in by CGI, which took away from some of the realism of the film. Also, the music was synthetic, but effective in accompanying the terror and drama being shown on screen. The language is broken up between half English and half German dialogue.

Timo Rose’s Fearmakers is a brutal lesson in the old lesson that what goes around comes around in the cruel and vicious teachings of life. No matter how much one runs from the past, there is always a possibility that one day they must accept what happened, and be forced to reconcile with what happened. In the case of this film, an undying spirit is avenged by an avenge spirit that won’t give up until the murderers pay for their results. In result, good overcomes evil by teaching the murderers a lesson they will never forget.