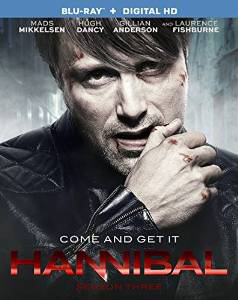 Explores the early relationship between the renowned psychiatrist and his patient, a young FBI criminal profiler, who is haunted by his ability to empathize with serial killers. Season 3 marks the 3rd and final season of this series.

Season 3 closes off the Hannibal trilogy as it was announced that there would not be a renewal for a season 4. It’s too bad, as Hannibal the TV series stands as perhaps one of the most darkest philosophical TV shows to ever hit the screen. It surely will be missed.

Moving on, we find ourselves with Hannibal season 3, a season rich in detail and gloom while keeping to much of the original Thomas Harris Hannibal story line. With that said, Season 3 of “Hannibal” is easily the worst of the 3. However it should be also said that it is “only” the worst in comparison to its previous seasons while still being a remarkable piece of work in itself. I suppose it goes against “that saying” that third time is a charm. 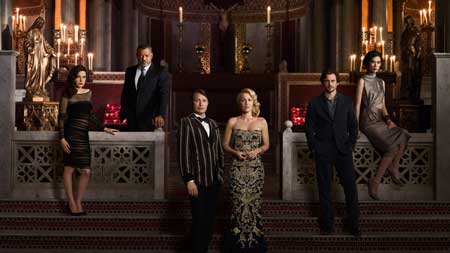 None-the-less, let us not get too focused on shortcomings as I would recommend this season to anyone. Where it drags seems to be in its overly complicated dialog exchanges and soft spoken manner than makes it hard for anyone to follow without subtitles. The release of Hannibal season on bluray “does” have subtitles, which I would call a primary requirement. I had previously watched the series up to episode 5, but thought it might process better to wait out the Bluray release as to follow it properly. This bit of advice proved to be the missing piece I needed to re-experience all things Hannibal and the plot points of the season.

Brilliant, pretentious, sophisticated, boring, dark, gloomy…..Hannibal season 3 is really all of those things. The direction it leans is really up to the viewer perspective. As while sitting thru the first 4 episodes (even with subtitles on) you may feel like having psychology and philosophy reference manuals on hand might have served better than just drifting conversations. 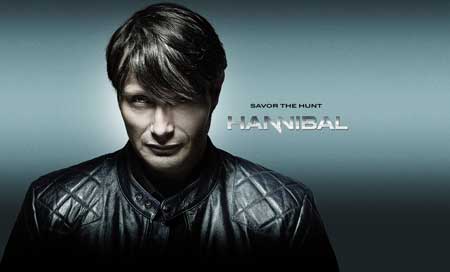 On that basis it’s easy to say that there may never be a series quite like this one.

Hannibal Lecter is quite the clever demented individual. He is one such character that we tend to truly believe he has the mental capacity to fool others into whatever web he weaves around them (usually with the end goal of eating them). This theme of food has never been more present (in season 3) as every other scene (it feels like) is segued into from delicious shots of prepared meats and gourmet specialties.

It’s hard “not” to savor his impressive delights if only discouraged by the thought that they may actually (in fiction) be a preparation consisting of his latest kill. This element is a humorous detail that often keeps his current on screen partner psychoanalyst, Dr. Bedelia Du Maurier (Gillian Anderson) at bay by her perseverance to sticking with shellfish during dinner parties. The 2 of them slightly smirking at the inside joke that a guest may become future food or in fact be consuming a former colleague. 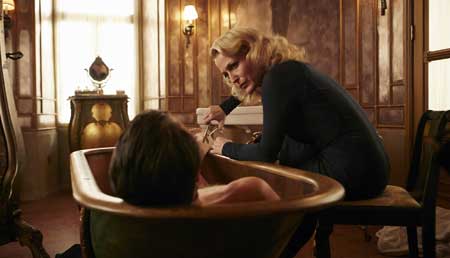 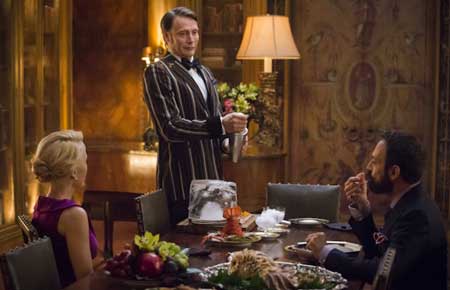 As we enter season 3 we find Hannibal Lecter taking to Paris after his run-in with the authorities. He quickly befriends Anthony Dimmond (Tom Wisdom) (with the goal of getting his identity vouched for) while making his way thru the elite to momentarily claim the identity of Dr. Fell, a lecturer on Dante’s Inferno. Killings and quick acquaintances aside, Hannibal is deep at work at making a home for himself, if even for the meantime so that he can continue to carve out his macabre knack for creating art-spired human body art. Each display seems meticulous prepared and arranged to replicate a famous art work.

This display brings “all” the hunters out including an old detective to those parts by the name of Rinaldo Pazzi (Fortunato Cerlino) who refers to Hannibal as “Il Mostro, the Monster of Florence”.

We learn more about the back story of “Abigail Hobbs” and the details of the events that season 2 left off.

Bedelia gets more screen time this round by subjecting the audience to her constant back and forth psychoanalysts banter between Hannibal and herself (though I got the sense that really this was the scriptwriter showing off his knack for intellectual discussions between characters). This trend continues with Will Graham and the Lecter groundskeeper Chiyoh (Tao Okamoto) who currently resides at the Lecter estate in Lithuania. 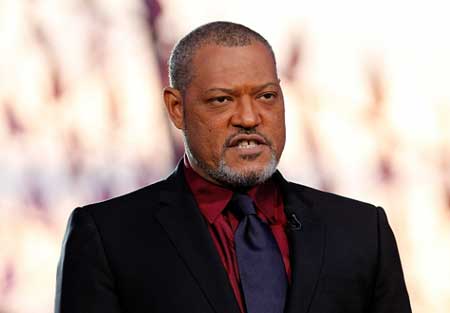 As each episode evolves, a clear message is left in the wake. This is, that = Hannibal eats his victims only if they measure up as equals as some sort of alpha evolution that presides in his psyche. Hannibal is describe as having “several trains of thought” that fire off in his head all the same time adding to his brilliance and madness. It’s a case of genius and insanity rolled up into a nice package that presents as the ultimate TV show antagonist. Yes, TV Hannibal is a puzzle indeed.

Mason Verger (Joe Anderson) reveals his ultimate end game for acquiring Hannibal at any cost to capture, torture and kill. It’s a plan that Frederick Chilton, while seeing the attraction, is more inclined to capture for his own institutional studies. 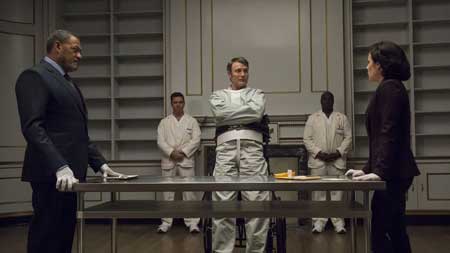 Subplots weave and twist all at the beat of murder, grotesque arrangements and mind games that make this series extremely compelling “even” if at the cost of nodding off occasionally between solemn exchanges. Will Graham navigates thru it all as both protagonist and an extremely damaged individual who has some sort of mental man-crush on Hannibal. The idea of “friendship” develops new meaning as it is used in fragmented circumstances. 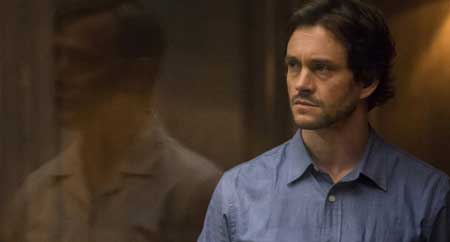 The Great Red Dragon, also known as Francis Dolarhyde, becomes the primary plot focal point as season 3 evolves and rounds up the season. Hannibal, now incarcerated uses a clever approach to influencing the outside despite being behind bars. The sudden threat of a new badman in town forces the FBI to seek counsel from Hannibal (a like-minded individual) who may in fact have previously counseled Francis. This part of the series does in fact derive its meat from the Thomas Harris novels that has the advantage of telling its tale over the course of 6 hours. Will, who has tried to get on with his life is again at odds as to how he feels, who he is, and what his relationship to Hannibal really means to him. 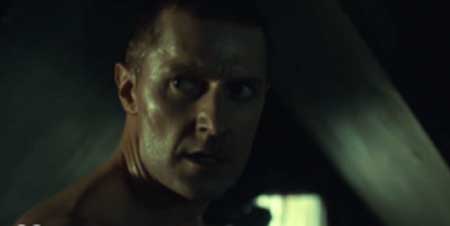 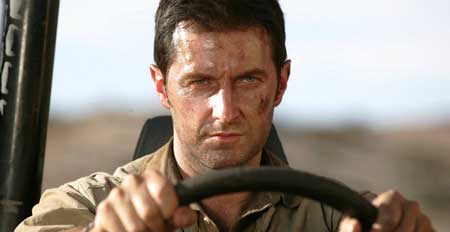 It’s all quite dark, disturbing, and yet different from the past 2 previous seasons. We find a new villain in Francis Dolarhyde who is labeled by the media as the “Tooth Fairy Killer” who them takes it upon himself to assume the new persona of the “Red dragon” (a imaginary figure that he feels he is becoming inspired by the famous William Blake painting). It is in this final journey to hunt down the dragon that reacquaints all the main characters now seemingly serving different agendas.

In the end, season 3 is one thrill ride that is laced with a script that may have many scratching heir heads as to the meaning behind some of the exchanges and the use of metaphorical and insinuated phrasings that work much like an elaborate puzzle.

Was this season a worthy final season? Perhaps, but on many levels while it does bring resolution to the show it does so by becoming too “heady for mainstream consumers to really understand. It was clear why the series wasn’t renewed for a season 4 which despite being sad to see go, feels right in closing it all down. 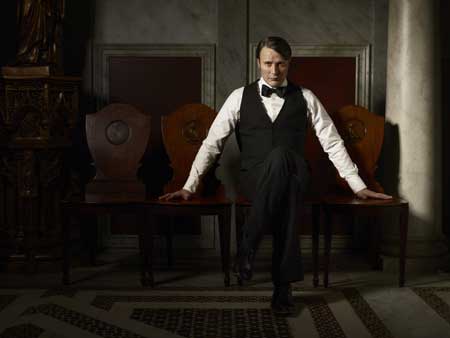 Buyers will delight in the extras provided gaining more insight from many of the behind-the-scenes discussions. “Hannibal” was indeed a thrill ride, one worthy of watching and owning all 3 seasons. Do yourself a favor and dig into the deep and dark world that was presented here, you won’t be disappointed.

Hannibal (Season 3) is now available on bluray per Lionsgate