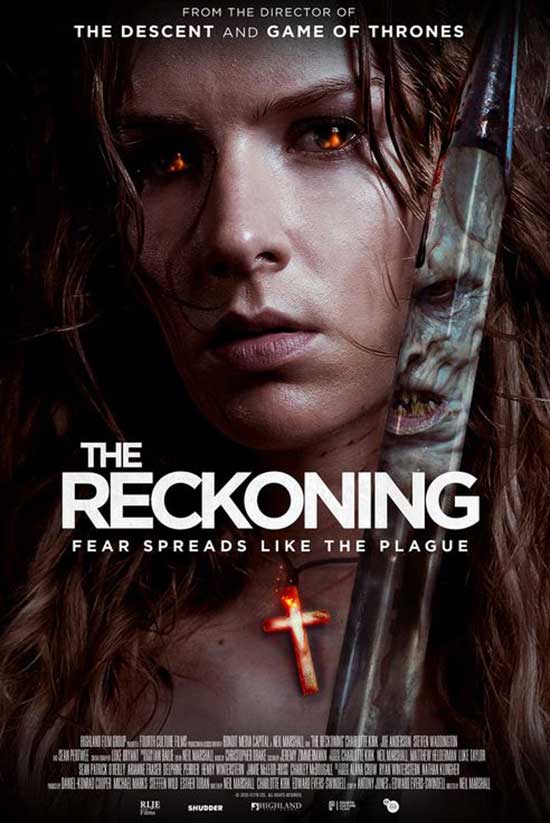 “Set against the backdrop of the Great Plague and subsequent witch-hunts against women, Grace Haverstock (Charlotte Kirk) must grapple with the tragic untimely death of her husband Joseph (Joe Anderson) in a society completely consumed by fear and death. Because she rejects her landlord Squire Pendleton’s (Steven Waddington) advances, she is falsely accused of being a witch and thrown in jail for a crime she didn’t commit. Grace must endure physical persecution at the hands of England’s most ruthless witch-hunter Judge Moorcroft (Sean Pertwee) and face her own inner demons as the Devil himself starts to work his way into her mind.”

The Reckoning is based on a true story. Right now, the world is still dealing with a “pandemic” with the coronavirus. Back in 1665 there was no technology. No phones, laptops, PC’s, games, PS5’s, nothing. In 1665 they dealt with “The Great Plague of 1665/1666, also known as the bubonic plague or black death. It’s fascinating to go back and read about different events in history.

Charlotte Kirk (Ocean’s 8, Vice) plays Grace Haverstock. She lives with her husband Joseph (Joe Anderson) and her daughter. I imagine back in 1665 a woman couldn’t have any sort of feelings or right away, you are a witch. Charlotte Kirk is elegant, even while digging a ditch in the rain, she remains as composed as one can be. They are showing what’s happening now and flashing back to what happened. The story is good, the love Grace has for Joseph and the love he has for her. You feel for these characters.

The plague, the sickness, black death, whatever you call it? It’s taking lives, slowly killing people. Grace tries to help her family, she is getting “elderberry” which oddly enough has been mentioned everywhere today in 2021. It’s been a vitamin of choice to “defeat the coronavirus.” The way they worked with plants and herbs back in the day was pretty amazing.

The Squire Pendleton (Steven Waddington) has come to make sure that Grace will be able to “pay the rent.” He is quite the buzzkill. The Squire makes it known that Grace is alone and she won’t be able to handle anything. It’s sad, how often women are underestimated.

Grace has to go into town. She runs into friends, Kate (Sarah Lambie) and Morton (Leon Ockenden). At least Kate seems to be a friend. They offer to look after Grace’s baby while Grace rides into town. Plague doctors collect people around town. They are wearing the plague costumes with the masks.

Grace heads home and of course the next morning the Squire Pendleton stops by for his money, and of course being a rude deviant who is abusing whatever power he thinks he has. Grace is kicking ass and not taking any of his nonsense.

They flashback to Grace telling a story about her mother. Judge Moorcroft (Sean Pertwee) was a witch finder/hunter. Grace had to watch all of this and her mother being burned alive. The Squire is angry now since Grace turned down his advances. Now the gossipy town wants to call Grace a witch. They have all sorts of wicked things to say. She made a pact with the devil, she’s a witch.

We do meet the Devil in his devilish form. Ian Whyte plays him with gusto. Grace is home now and a storm is coming or maybe it’s the devil? Nope, worse, it’s the folks from town. Could you even imagine being a woman and all it takes is one person to point and shout, WITCH! They even mention this in the movie.

Grace is captured and thrown in a cell. She meets Astrid (Indianna Ryan). Grace is tortured and they want her to confess. I suppose being burned at the stake is one thing we don’t have to worry about today. They bring out the torture devices while Moorcroft looks quite pleased with himself. 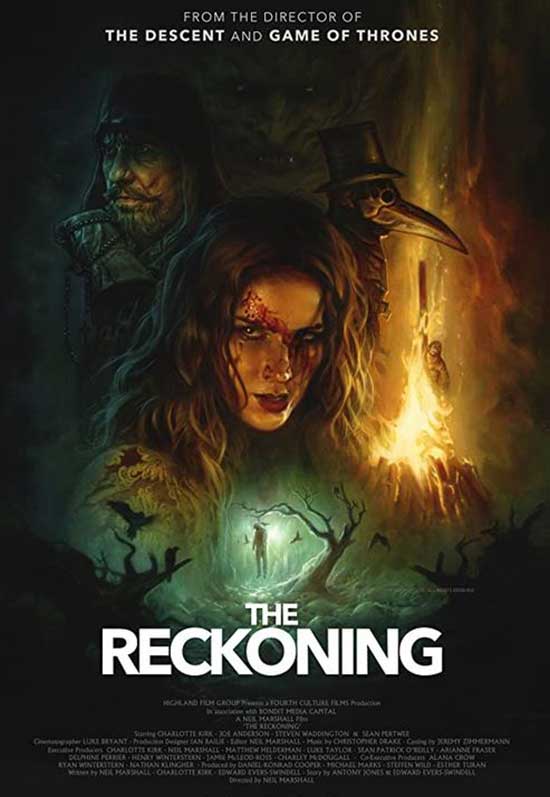 They won’t allow her to sleep. They are trying to break her and torture her. These medieval torture devices are wild.  Ursala (Suzanne Magowan) is Moorcroft’s right hand. She helps with the torture and she has her own story to tell. Sean Pertwee (Dog Solders, Equilibrium) is a good actor. The costume he wears made me think of the costumes from Jesus Christ Superstar (1973) – the ones that Bob Bingham and Kurt Yaghjian wear as Caiaphas and Annas. The persona he delivers gives off Roman Castevet in Rosemary’s Baby (1968).

Maybe it’s the vilified roles these actors have played. Villains often don’t know or even think they are bad. They are just living life and doing what they have to do. I think that’s what makes Sean’s character so good.

Moorcroft wants nothing more than Grace to confess and give up her daughter. Grace gets her reckoning, her revenge after watching Moorcroft burn her own mother at the stake. The credits provide some sad and fascinating information.

Women died horribly from being accused of being prophets or performing “sorcery.” It’s sad. They were burned, hanged, decapitated, tortured, and everything else imaginable. Just to think as a woman, and then be accused of being a witch. It’s sad. 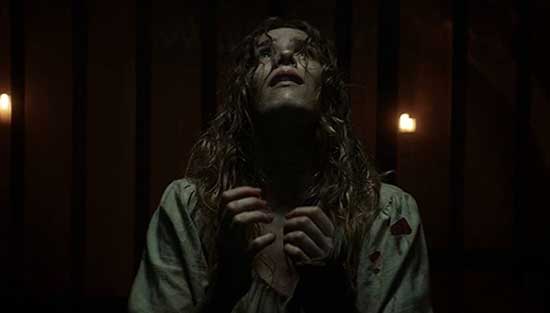 So many women died being accused of witchcraft. I think The Reckoning did a good job showing the strength of women, and how Grace fights, she is tired, beaten, and worn out. She still fights. The love story and her will being stronger than miserable Moorcroft’s. The scenes were beautiful, the love story of Grace and Joseph. I would recommend watching it.

Make sure to check out The Reckoning.