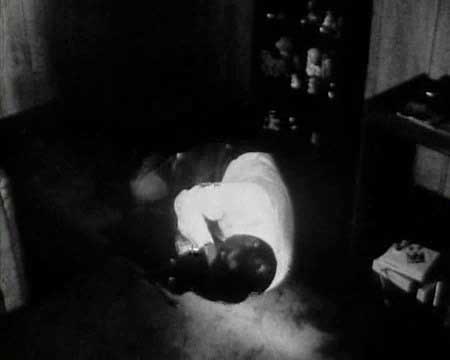 An explosion at a bakery causes bread to come to murderous life and attack people. A handful of desperate folks seek refuge in a secluded farmhouse. Will any of them survive the night of the living bread?

Yet another short film, kids! Today we have NIGHT OF THE LIVING BREAD, directed by Kevin S. O’Brien. This is a 1990 student film from Films From Hell Productions (Ohio University).

As you can probably already geuss, this is a parody of the George Romero classic, NIGHT OF THE LIVING DEAD. Shot in glorious black and white, this film is almost a shot-for-shot reproduction of the source material. The film hits all the major plot points from the original, even opening with the long drive to the cemetery and the subsequent reveal of the horror that has awakened. Instead of zombies, however, we have killer baked goods created in a freak bakery explosion. 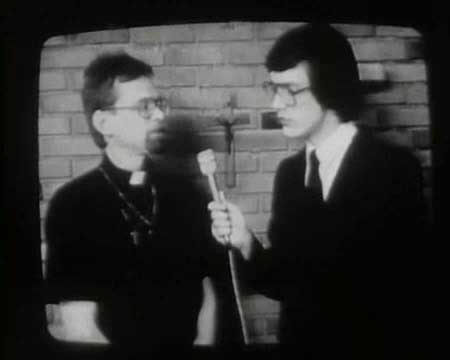 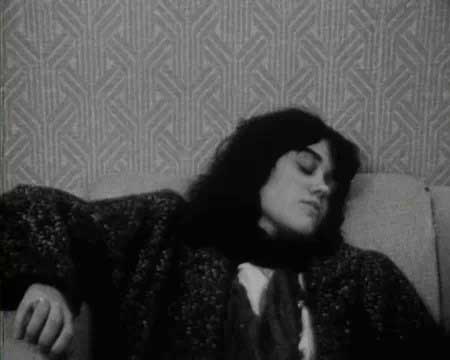 What makes this thing so damn funny is the cast plays it straight. There’s no wink to the audience that they know its a joke. They play it out as if this were a legit horror film. The characters are all the same as the original – Ben (Vince Ware), Barabara (Katie Harris), Johnny (Steve Herminghausen) and of course Tom and Judy (Robert J. Saunders and Gina Saunders) hiding in the basement of the farmhouse.

There are some hilarious examples of animation and practical effects (flying bread? Sure, why not? I can’t see that string). Some reviews I have seen for this film on IMDB seem to suggest this is lazy filmmaking, but I disagree. Let’s see you make bread anthropomorphic. I’ll wait.

This may not be a lasting work of art, but if you are a fan of Romero’s classic film (as I am) you will at the very least be amused.

So using my special short scale of one to five, five being awesome, I’m giving this film 3 slices of toast.

Tags 1990 Night of the Living Bread